Professor David B. Ruderman of University of Pennsylvania

Behind a Best Seller:  Kabbalah, Science, and Universal Ethics in Phineas Hurwitz’s Sefer Ha-Brit – Introduction to the Book and its Author

The Book of the Covenant [Sefer ha-Brit] was one of the most popular Hebrew books read by modern Jews, reflected in its thirty-eight editions spanning two centuries, including three Yiddish and five Ladino translations. Part scientific encyclopedia, part manual of mystical ascent, and part prescription of a universalizing ethics, the work was widely influential in an era of radical change and internal debate for Jews as well as for others. The amazing popularity of the author, the eastern European Jew Phineas Hurwitz (1765-1821), stemmed from his kabbalistic pedigree. He offered his readers an exciting compendium of scientific knowledge they could read in their holy language under the pretext that is acquisition fulfilled their highest spiritual goals. The reception of The Book of the Covenant among modern Jewish readers allows us to understand more profoundly the ways in which a traditional society absorbed and creatively adopted aspects of modern science and cosmopolitanism. The book and its author open a wonderful window in studying the complex interplay of tradition, science, and inter-group relations in the modern era. 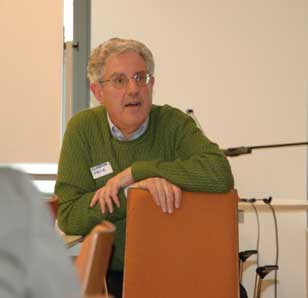 David B. Ruderman is the Joseph Meyerhoff Professor of Modern Jewish History and Ella Darivoff Director of the Herbert D. Katz Center for Advanced Judaic Studies at the University of Pennsylvania. Prior to coming to Pennsylvania, he taught at the University of Maryland [1974-83] and at Yale University [1983-94]. He is the author of many books and articles including The World of a Renaissance Jew, 1981; Kabbalah, Magic, and Science, 1988; A Valley of Vision, 1990; Jewish Thought and Scientific Discovery in Early Modern Europe, 1995, 2001, published also in Italian and Hebrew; Jewish Enlightenment in an English Key: Anglo-Jewry’s Construction of Modern Jewish Thought, 2000; Connecting the Covenants: Judaism and the Search for Christian Identity in Eighteenth Century England, 2007, and Early Modern Jewry: A New Cultural History, 2010. Three of these books, including the last, won national book awards in Jewish history. He has also edited or co-edited five other books and co-edited two popular textbooks. He is a past president of the American Academy for Jewish Research. The Teaching Company has produced two of his Jewish history courses, each in 24 lectures. In 2001, the National Foundation for Jewish Culture honored him with its lifetime achievement award for his work in Jewish history.