Jewish Questions is the Stroum Center for Jewish Studies’ podcast on issues that matter now in Jewish life, politics, history and culture — from a scholarly perspective.

This season, hosts Laurie Marhoefer and Noam Pianko talk with faculty experts from the University of Washington about antisemitism: what it is, its long history, and how to push back against it today.

Jewish Questions comes out weekly on Wednesdays. This season’s five episodes will look the causes and consequences of antisemitism across history, from medieval Spain to Nazi Germany to the United States in the 20th century.

Episode 1: Is America an exception? Antisemitism in the United States

The United States was the country where Jews came to finally be free from antisemitism… or was it? Historians of the modern era tend to think of the U.S. as an exceptional place for Jews — a place where Jewish people have been able to exist in relative freedom from violence and prejudice.

But is this common understanding of the United States as “the exception” really accurate? In this episode, guest Susan A. Glenn discusses the history of antisemitism in the U.S., touching on the Second Ku Klux Klan, antisemitic industrialist Henry Ford, the “mother of all conspiracy theories,” the secret rehabilitation of Nazi war criminals, and the resurgence of antisemitism in the U.S. in the present day.

Episode 2: Could it happen here? The rise of Nazi Germany

We often connect Germany with antisemitism, but in the early twentieth century, Germany was actually considered one of the best places in the world to be Jewish. How did the progressive Weimar Republic give way to the genocidal Nazi regime… and could it happen here?

In this episode, guest Laurie Marhoefer explains the rise of the Nazi party in one of the most progressive places in the world, detailing the swift and dramatic shift in government, efforts to resist, and troubling echoes of these events in the present day.

Episode art. Pictured, top to bottom: Sketch of German gay rights activist Kurt Hiller in 1924; the Reichstag, one of the Weimar Republic’s governmental buildings, in 1932; painting of a Weimar-era club by Rudolf Schlichter; Hitler driving through a crowd in the newly annexed territory of Cheb in 1938; 1935 Nuremberg Laws stripping Jews and others of citizenship rights; a 1941 gymnastics performance by members of the Nazi League of German Girls.

Episode 3: In the blood? Being Jewish in medieval Spain

Has antisemitism always been the same, or have ideas about Jewishness, and suspicion towards Jews, changed over time?

In this episode, guest Ana Gómez-Bravo helps to answer these questions by looking at the lives of Jews and “conversos” (Jewish converts to Christianity) in medieval Spain, exploring how Catholic authorities tried to define and restrict their Jewish and converso residents, in a conversation that spans medieval medicine, forbidden breastfeeding, decoy hams, official guides to Jewishness, and the expulsion of Jews in 1492.

Can Jews be antisemitic against other Jews?

In this episode, guest Devin E. Naar looks at the history of Jewish prejudice against other Jews in the United States, from the very first American Jewish settlers in the 1600s to twentieth-century efforts to exclude Jews from the Muslim world from Jewish institutions — as American Jews struggled to hold on to their “precarious whiteness.”

Episode art. Top left to bottom right: Drawing of early colonial Jews; text of the Naturalization Act of 1790, which made American citizenship possible for “free white persons”; a 1907 political cartoon from the “Sunday Sunset” magazine; a scene from the 1941 film “The Maltese Falcon,” which includes the “queer Levantine Jew” criminal Joel Cairo (pictured middle); President Calvin Coolidge signs a bill on the White House lawn in 1924, the same year he signed the restrictive 1924 Immigration Act into law.

Present-day discussions of antisemitism often involve Israel and the Zionist movement… but before the 20th century, Jews’ and Jewish scholars’ understandings of antisemitism were completely connected with Europe and Christianity.

In the last episode of our series, guest Liora R. Halperin looks at how 19th-century Jewish settlers to Ottoman Palestine were influenced by the antisemitism they experienced in the Russian Empire: how it shaped their perceptions of their new home and influenced the new identities they hoped to take on, and what we can learn from their story today.

Laurie Marhoefer is an associate professor in the University of Washington’s Department of History. She studies Weimar and Nazi Germany (1918-45), with a focus on fascism and the politics of sex and gender in Germany before 1933. Her first book, “Sex and the Weimar Republic: German Homosexual Emancipation and the Rise of the Nazis,” was published in 2015. Laurie’s writing has appeared on The Conversation, Salon.com, Newsweek.com, and in numerous other publications. 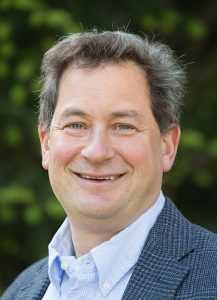 Noam Pianko is the director of the University of Washington’s Stroum Center for Jewish Studies, and is a professor in the UW’s Henry M. Jackson School of International Studies. His research interests include modern Jewish history, Zionism, and American Judaism. His most recent book, “Peoplehood: An American Innovation,” published in 2015, won the American Jewish Historical Society’s Saul Viener Book Prize. Noam currently serves as president of the Association for Jewish Studies.

Jewish Questions is produced, recorded, and edited by Kara Schoonmaker.

Season one was supported by an Ignition Grant from the Jewish Federation of Greater Seattle, and by the Stroum Center for Jewish Studies.