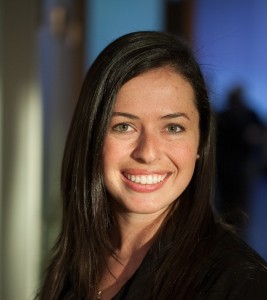 Sarah Zaides, winner of the Philip Bernstein Memorial Scholarship for 2012-2013.

On the 24th of October, 2011, the Russian Television Network aired a special to celebrate the 100th birthday of the late Soviet Jewish comedian, Arkady Raikin. The Russian Federation-owned Russian Television Network broadcasts in cities worldwide, including Los Angeles, Tel Aviv, and New York. While Raikin passed away in the USSR in 1987, thirty-one years later, members of the Soviet Jewish Diaspora tuned in to watch the special. Immediately, notifications of this remarkable documentary flooded my voicemail and inbox from friends and relatives, urging me to (quickly!) find someone with a subscription to RTV for the event.

I watched the documentary at a later time, but I was amazed at the amount of response and enthusiasm it elicited, and began to research Raikin’s skits and theatrical productions. The more I read, the more I realized that I had a historical enigma on my hands: how was it that a Jewish actor, born in Latvia, educated briefly in a yeshiva and then in dramatic academies, was able to poke fun and satirize the Soviet state, its bureaucracy and inefficiencies, and not only get away with it, but be rewarded for it (Raikin was named People’s Artist of the USSR in 1968, was awarded the Lenin Prize in 1980, and was named a Hero of Socialist Labor in 1981)?

The project that I am developing seeks to understand Soviet Jewish cultural expression, in particular contributions to theater, vis-à-vis Arkady Raikin, in the post-Stalin and post-Khrushchev era. What accounts for the caesura in both form and content of Jewish theater from the early decades of the Soviet project, from a secular, and in many ways insular, Yiddish project, to a theater that became the vanguard of mainstream Soviet theater?

Raikin’s biography embodies this transition. According to his memoirs, he was educated in yeshivas, he grew up watching the Moscow State Yiddish Theater (MosGOSET) productions, then, after a classic Soviet education in the performing arts and a stint at Lenin’s Komsomol Theater, was invited to perform at Stalin’s birthday party in 1936, then was interrogated by the KGB (accused of being a Zionist or “cosmopolitan”) in 1936. Raikin maintained a low profile during the Anti-Cosmopolitan Campaigns, but reemerged after Khruschev’s Secret Speech in 1956, which denounced Stalin’s purges, rehabilitated several Jewish figures (including members of the Jewish Anti-Fascist Committee), and ushered in a general period of De-Stalinization. De-Stalinization may have opened up more opportunities for Jews, professionally in the Soviet Union, but it was still a period of enormous, if unofficial, anti-Semitism.

His theater, first in Leningrad (The Leningrad Theater of Miniatures, or “Raikin’s Theater” as it was popularly known) and then in Moscow, featured Jewish actors and writers, but never engaged a Jewish subject as the State Yiddish Theaters did. Jews and non-Jews flocked to the theater to watch Raikin’s satirical skits. His popularity ensured that he would be able to avoid the Soviet censors, and was even able to perform abroad in the UK in a production for the BBC (where he interacted with production personnel in Hebrew, since Raikin did not speak English. When Marcel Marceau, the French actor/mime, visited the USSR, he and Raikin also spoke Hebrew together at great length). 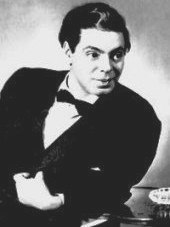 While scholars have examined Jewish theater in depth the period during the decades of the 1920s, 1930s, and 1940s, the historiography ends abruptly with Stalin’s murder of MosGOSET Director Solomon Mikhoels in 1948 and the creation of the State of Israel. This rupture represents a larger trend in the historiography of Soviet Jews that leaves them largely unexamined in this period of time or relegated to the absolutely necessary work to help aid in Soviet Jewish emigration.

Thus, my project seeks to engage broadly with historiography in Jewish Studies. My intellectual genealogy draws not only on these fragmented attempts by émigré scholars but also on the reconceptualization of Jewish identity in the Soviet Union by Yuri Slezkine and his revolutionary (and often problematic) intellectual exercise The Jewish Century. Through an analysis of Raikin’s productions, notably his miniatures that were recorded, his feature films, his memoirs, and biographies, I attempt to consider a larger narrative of Jewish history and community in the Soviet Union that did not disappear in 1948, but was rather transformed. The Jewish theater evolved from an enterprise that was concerned with Jewish, revolutionary topics, to an enterprise that changed in a new context where satire became the language with which to criticize the Soviet state. What role does Raikin’s own Jewish identity play in the caesura, and how can we understand him in the larger context of Jewish community and identity within the framework of social and cultural life in St. Petersburg? I seek to understand the reception of Arkady Raikin’s work through a variety of available sources, including opinion pieces in official organs (like Pravda and Isvestia) and Russian émigré newspapers.

Note: The opinions expressed by faculty and students in our publications reflect the views of the individual writer only and not those of the Stroum Center for Jewish Studies.
By Sarah Zaides|2017-09-04T22:42:38-07:00March 18th, 2013|Categories: Global Judaism, Grad Student Writing, Student Writing|Tags: Graduate Fellows, History, Israel, Russia, Sarah Zaides|0 Comments