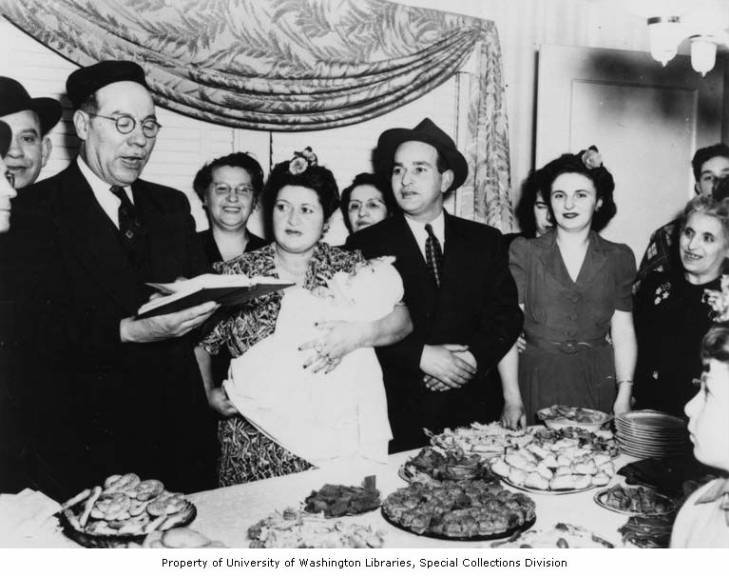 Beginning in the 1970s, American Ashkenazi communities initiated a new ceremony called the simhat bat (celebration of a daughter) or berit bat (covenant for a daughter) for newborn baby girls to parallel the berit mila. While scholars and Jewish lay people have deemed these rituals “innovative” and “novel,” 1 Sephardic communities have been celebrating their baby girls for centuries with a ceremony called zeved ha-bat, or, in Ladino, las fadas or la fijola.

How long have Sepharadim practiced the fijola?

Though some historians date this Sephardic custom to the twentieth century based on siddurim (prayer books) from that time, Sephardic prayer books from as early as the seventeenth century record the zeved ha-bat — and it even goes back to medieval Spain.2

Sephardic Jews living in medieval Spain borrowed the term las fadas, meaning “the fairies,” from their Christian neighbors, who believed that fairies were present when babies were born and offered blessings on their arrival.3 As Sepharadim moved throughout the Ottoman Empire, the ceremony was also sometimes known as la fijola — a form of the word hija, meaning “girl.”

What happens at a fijola?

While Sepharadim did not share the Christian belief in fairies, they did adopt the notion that conferring blessings upon newborns was important. The baby naming ceremony revolved around family members praying for the newborn girl to have a successful future. Many wished her novya ke la veamos (“may we see you as a bride”) a sentiment which, throughout history, defined a woman’s success by her marital status.4

Leading up to the announcement of the baby’s name, portions from Song of Songs5 — a biblical text about the love between God and the Jewish people written as an allegorical love song — were sung, sometimes in Ladino. The first verse chanted describes a dove emerging from the crevices of a cliff so that others may hear its cooing song — an allusion to the baby girl emerging, for the first time, as a member of the Jewish community:

"My dove, in the crevices of the cliff, hidden in the step, let me see your appearance, let me hear your voice; your voice is pleasant and [the] sight [of you] is comely."

If the family is celebrating their first child at the fijola, an additional verse is sung about the dove being her mother’s only offspring:6

"My dove is one, my perfect [one], the only one of her mother, pure to the one who gave birth to her; daughters, queens, and maidens saw her and praised her."

Just before announcing the baby’s name, a prayer called the mi she-berakh is said, meaning “He who blessed.” A mi she-berakh prayer is said on many life cycle occasions, including berit mila and pidyon ha-ben, and also near the end of the life cycle if a person falls ill. While the mi-sheberakh often references the Jewish patriarchs — Abraham, Isaac, Jacob, and other important male figures — the mi she-berakh at the fijola mentions the matriarchs and other Jewish heroines, like Miriam (Moses’ sister) and Queen Esther (the heroine of the Purim story), thereby revising a classical prayer to make it more fitting for girls. 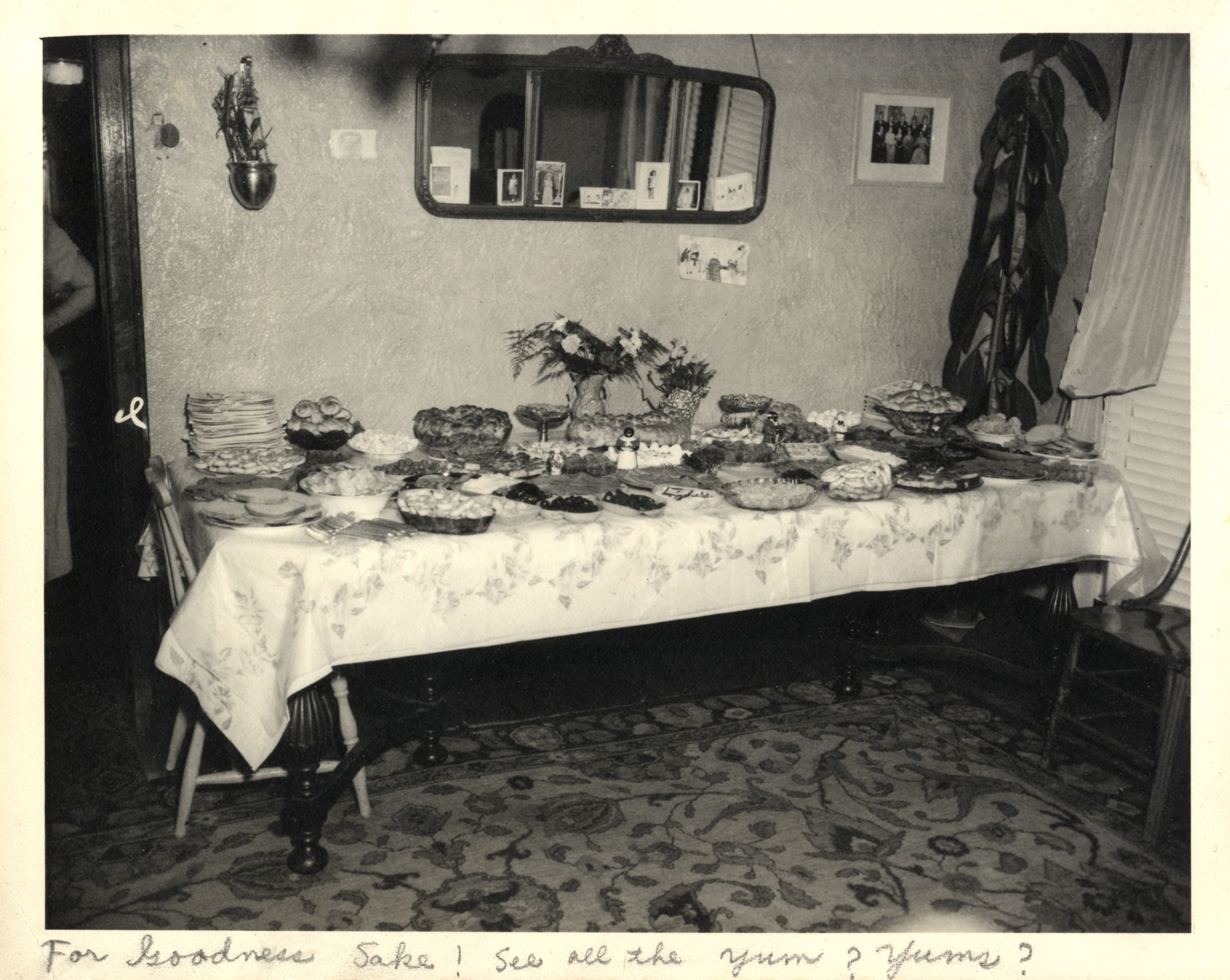 A full spread of Sephardic delecacies for the baby naming of Marlene and Charlene Souriano at their parents home in Seattle's Central District (December 24, 1950).

Where did the fijola take place?

Within the revolution of the simhat bat in Ashkenazi communities, those who were aware of the Sephardic fijola criticized its very setting. Whereas the simhat bat moved toward being hosted in the synagogue, the Sephardic fijola took place at home until recent years, when it moved to the synagogue setting, as well. Some have claimed that hosting the fijola at home only serves to further ensconce women in the private domain, even from the very moment they are born.7

This criticism represents a fundamental misunderstanding about the setting of most Sephardic life cycle affairs. Not only did the fijola take place at home, but in many communities, the berit mila for boys did, too. While Sephardic women throughout history were certainly confined to the private domain, it was also true that home was a communal domain where religious life unfolded. The meldado, a memorial service for the deceased, was also hosted in the home until recently, thereby fashioning the private domain into a holy place where the life cycle could begin and end.

Watch a home video of a fijola in Seattle from the 1950s:

7. “The domestic-private nature if not the total omission of naming ceremonies for Jewish girls lays bare the persistent pattern of limiting women's access to public activities and the status they confer...”
Morgenstern Liessner, Omi. “Jewish Women's Naming Rites and the Rights of Jewish Women Authors.” Nashim: A Journal of Jewish Women's Studies & Gender Issues, No. 4, Feminist Interpretations of Rabbinic Literature (Fall, 5762/2001), pg. 148.