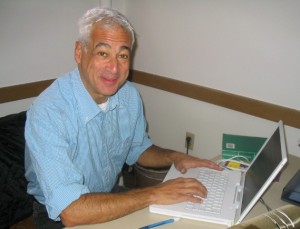 My research interests, although broad by some standards, focus on the most basic of questions: what does it mean to read. To that end, I am interested in how texts construct identity and how literature summons a kind of thinking that would otherwise be unavailable to thought.

My current project, “Echoes of a Queer Messianic: From Frankenstein to Brokeback Mountain,” maps the potential for some form of queer love to escape, elide or become unidentifiable once the apparatus of sexuality becomes the discipline of disciplines of our modernity. My first book, The Spell of Italy: Vacation, Magic and the Attraction of Goethe, examined Italy as a phantasmic space (phantasmic because it was modeled on the phantasm of ancient Greece) that gave rise to a canonical tradition.

My teaching interests include the intersections between literature and philosophy, with an interest in those intersections have a distinctly historical character. I frequently teach courses on Jewish-German relations and the Holocaust. My courses place philosophical, literary and cultural texts (including film) in dialogue with each other.

Recently, I have begun working with a cluster of colleagues in the Environmental Humanities. My interest is in animality, or more precisely, how we have come to be at war with our animal nature.