The Benmayor Collection of Eastern Sephardic Ballads & Other Lore

The Benmayor Collection of Eastern Sephardic Ballads and Other Lore is a collection of over 140 audio recordings gathered by Dr. Rina Benmayor in Seattle and Los Angeles during the 1970s. A Professor Emerita of Oral History, Literature and Latina/o Studies at California State University Monterey Bay, Dr. Benmayor –who is herself of Sephardic background– created and directed CSUMB’s Oral History and Community Memory Archive. In conjunction with her visit to the University of Washington in 2014, and working together with the Sephardic Studies Program and Stroum Center for Jewish Studies, Dr. Benmayor organized, catalogued, and digitized her recordings and kindly contributed them to the Sephardic Studies Digital Collection. This project was sponsored, in part, by the grant from the Jewish Federation of Greater Seattle.

Of the collection, Dr. Benmayor writes: 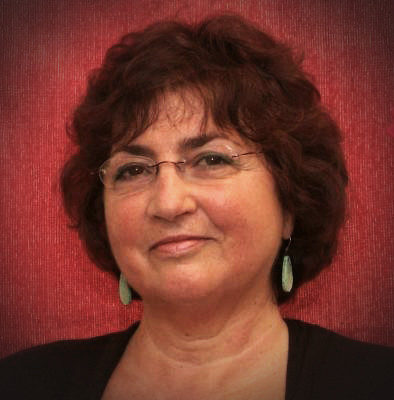 “In 1972 and 1973, I traveled to the Sephardic communities of Los Angeles and Seattle to collect these precious Spanish ballads (romansas), preserved in family oral traditions for over 500 years. My visits became occasions for family memory, as these lovely and generous elders sang the songs they learned in childhood from their parents and grandparents in Turkey or Greece.

This field collection became the basis for my doctoral dissertation, and was eventually published in Spain. Romances judeo-españoles de Oriente: Nueva recolección (Eastern Judeo Spanish Ballads: A New Collection) made available the poetry and musical transcriptions of the almost 150 ballad texts I was able to collect. Yet, the book was written in Spanish and while largely known to Romancero scholars, it did not circulate among Sephardic communities. With their digitization and online dissemination, these romansas can finally be heard in their original oral/aural form.”  Read more about Dr. Benmayor’s research and this collection >

The romansas in the Benmayor Collection retain the medieval romance form: a dramatic story sung in eight-syllable verses with ‘assonant’ (vowel) rhyme. The themes include historical events, tales of kings and queens, reunited lovers or unrequited love, murders, absences and returns, trickery, and social taboos.

Each of these ballads can be traced back to medieval origins, but the Sephardim gave their versions special twists, making them relevant to their lives in exile. For example, the murder of the Duque de Gandía, brother of the infamous Caesar Borgia, is remembered in faithful historical detail, but more as a lament at the loss of a son. In some versions of Tarquino y Lucrecia, a classical tale of Roman origins, the adulterous queen prefers to die by the sword than to sleep with a Christian!

In The Idolater of María, the Christian captain of a storm-tossed ship drowns because he invokes the Virgin Mary, while the Jewish crew prays to el Dio Alto, and is saved! The collection also includes uniquely Sephardic creations like El Paso del Mar Rojo (Crossing the Red Sea), which recounts the story of the Exodus.

Listen to recordings of these and other highlights from the collection below, accompanied by commentary from Dr. Benmayor.

1. “La Muerte del Duque de Gandía” (The Death of the Duke of Gandía)

An historical ballad that tells the story of the death in 1497 of Juan Borja (son of Pope Alexander VI), murdered by his brother Caesar Borgia. Interestingly, this narrative enters Eastern Sephardic ballad repertoires after the expulsion from Spain. Eastern Sephardic versions retain many of the original historical details, and constitute the only surviving oral texts in the Hispanic world.

A ballad of classical antiquity. Tells the story of the rape of Lucrece, a married Roman woman, by King Tarquin. The origins may lie in legends about the fall of the Roman monarchy in 1510. Eastern Sephardic versions add a cultural and religious twist, turning Lucrece into a faithful Jewish woman who would rather die than submit her body to a Christian.

A religious ballad. Uniquely Sephardic in origin, this Pesach ballad has been transmitted orally and in written form. The only extant versions are from the Eastern tradition and one version from Crypto Portuguese Jews. There is no evidence of its existence in non-Jewish ballad repertoires.

4. “El Idólatra de María” (The Idolater of the Virgin Mary)

A novelesque ballad. This story dramatizes a storm-tossed ship and the captain’s pleas to the Virgin Mary to save him. The story becomes reinterpreted in Eastern Sephardic versions as an invective against Christian idolatry. The Christian captain goes down with his ship but the Jewish sailors, who pray to God, are saved. This text from Tekirdag is a unique example of how Sephardic singers transform ballads into culturally and ideologically meaningful stories.

A novelesque ballad. Of medieval provenance, this ballad comes from the French “Fleur et Blanchefleur.” The Eastern Sephardic tradition tells the story of the separation of two sisters, one captured by the Moors and years later sent to serve her sister, the Queen. Both women give birth on the same day but their babies are swapped. They come to recognize each other and reunite through a lullaby. The Eastern Sephardic versions of this popular ballad place emphasis on the sufferings of captivity and servitude, and loss of one’s birth child.

This project was generously supported by an Ignition Grant from the Jewish Federation of Greater Seattle.