The Faces and Voices of Sephardic Music in Seattle 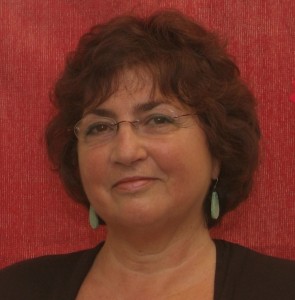 This year the Stroum Center will celebrate forty years of Jewish Studies at the University of Washington. It has also been 40 years since Dr. Rina Benmayor visited Seattle to record romansas (ballads) among local residents of the Sephardic community. Dr. Benmayor followed in the footsteps of her mentors to capture the musical traditions that the Jews of Spain and Portugal carried throughout the Ottoman Empire, and that their ancestors continued in Seattle 500 years later.

As a graduate student, Benmayor was in Spanish class when a professor brought in a tape recording of Judeo-Spanish (Ladino) romansas from Seattle and Los Angeles. This was one of the field recordings of romansas that Professors Samuel G. Armistead and Joseph H. Silverman at UCLA had begun collecting during the 1950s. Right then and there, Benmayor knew what her Ph.D. dissertation topic would be.  She began her own field collection in 1972, and in 1974, earned her Ph.D. in Romance languages and literatures, with an emphasis on Spanish medieval literature, from the University of California-Berkeley.

Now a decorated scholar of oral history, literature, and Latino/a Studies at California State University-Monterey Bay, Benmayor will return to Seattle on April 24th for her lecture, “Cántame una romansa: Memory, Family History, and Sephardic Ballads in Seattle.” Reached recently by phone, Dr. Benmayor reminisced about her visits with native Ladino speakers in Seward Park. She described how she was offered borekas, boikos, and bizkochikos two and three times a day in warm and inviting home atmospheres. It was Rabbi Emeritus Solomon Maimon of Sephardic Bikur Holim and David Romey, Professor of Spanish Language and Literature at Portland State University, who eagerly introduced the young Ph.D. student to the local talent.

'When I discovered my own culture’s ballad tradition, I was able to connect my cultural identity to my intellectual life.' --Dr. Rina Benmayor

[Judeo-Spanish Ballads from the Eastern Tradition]. In her book she included pictures of lively and kind faces of her singers from LA and Seattle, entoning romansas, the medieval Spanish ballads of medieval kings and queens, wars, deaths and births, and the longing for the return of loved ones from the battlefields.

Dr. Benmayor has graciously provided audio samples of her recordings for this blog post, and she will be sharing many more tastes of Sephardic romansas during her April 24th presentation at UW. In addition, any names that are hyperlinked below connect to oral histories of those individuals. The Sephardic Studies Program thanks UW Libraries Digital Collections for making these recorded interviews accessible. 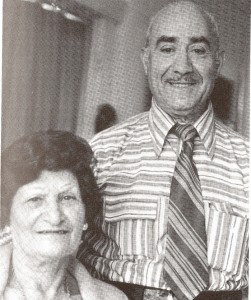 This captivating romansa was performed by Jack Azose from Tekirdag (also known as Rodosto, in Turkey), and his wife Kadun “Louise” (Maimon) Azose from Bursa (it was also known as Brusa, in Turkey). “Landarico” tells the 6th-century story of an adulterous queen, illegitimate children and murder. Click below to hear the Azoses, pictured left, singing “Landarico“: 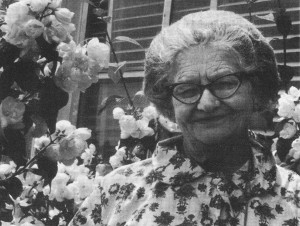 Rosa Berro sang ballads for Rina Benmayor in the 1970s.

Rosa Berro and Estrella Chiprut sang “Don Bueso y su Hermana (Don Bueso and His Sister)” for Dr. Benmayor’s research project. This romansa recounts the adventure of a young man who goes off to war intending to bring home a captive wife. At the song’s end, we learn that the girl that he has brought back is his own sister who had been kidnapped as a child. Click below to hear Rosa Berro (pictured left) singing “Don Bueso“:

Among the many other people Dr. Benmayor recorded in the 1970s were Henry Benezra from Tekirdag. Mr. Benezra was the first person from the Seattle Sephardic community to graduate from the University of Washington. Some of the other singers included Leo Azose, Bohora Cornell, Estrella Chiprut, and Beya Morhaim from Mármara in Turkey; Sam and Kaló Ojalvo from Tekirdag; and Rosa Berro and Rachel Piha from Rhodes; and Leah (Israel) Sadis, Ester Habib, Zimbul Tacher, and Albert Ovadia.

Dr. Benmayor recalled that many of the singers she recorded for her fieldwork were apologetic that they had lost the beauty of their voices as they approached their 80s and 90s. However, she thinks age made them sound even better, maybe more authentic:  “The elderly women sang in the old Middle Eastern musical style, with complex melismas that made their performances even more precious,” she said.

Her only regret, she said, is that “I was at that time strictly on a mission for songs. As an oral historian today, I could kick myself! In hindsight, it was a mistake not to have recorded the life stories of my singers. I only recorded songs but not the stories behind the voices. I was young and had not received appropriate training in field methodologies. I was, however, able to capture a few jokes, a few Consejikas de Joha, and a couple of folk remedies. If you listen closely you get a real feeling for the room and setting. You can hear coffee cups clinking, an occasional dog barking, and bits of conversation which give a little context to the story.”

Dr. Benmayor seemed to feel right at home among the immigrants from Rhodes and Turkey. She herself grew up in a Sephardic family with roots in present day Greece, including the provinces of Macedonia (Salonika, Kavala, Drama, Serres) and Thessaly (Larissa and Volos).  Her surnames — Benmayor and Saragossí — reach as far back as the 12th century to documents from Zaragoza, Toledo, the Kingdom of Valencia, and Mallorca.

As a child in New York, Benmayor heard Ladino spoken by the older generations, and she learned modern Spanish when she moved to Mexico City at the age of seven. The combination of language and her passion for her family’s culture expanded her horizons. “While I always knew where we came from, I actually learned about my own cultural heritage from this study, because the women in my family had never sung these ballads, at least not to me or my mother,” she said.

Although all of the people whom Benmayor interviewed in the ’70s have gone to the “bet a-hayyim” (the Ladino phrase for “house of life,” i.e., they have passed on), their families have flourished and carried on many Sephardic traditions. Benmayor’s April 24th lecture at UW will be the first opportunity for many of the singers’ descendants to hear and see the pictures of their relatives performing these medieval ballads.

Chair of the Division of Spanish and Portuguese Studies at the UW, Prof. Tony Geist, is eagerly anticipating the return of his former classmate. “Rina and I were graduate students together at Berkeley and began our theses the same year,” he said. “I remember a feeling of awe at the fact that, of all our cohorts, she was the one writing a dissertation that had a direct personal connection to her life and identity.  I’m thrilled that she and the ballads she collected in Seattle 40 years ago are returning.”

Prof. Devin Naar, chair of the Sephardic Studies Program at UW, is thrilled to have a renowned scholar of oral history and community memory. 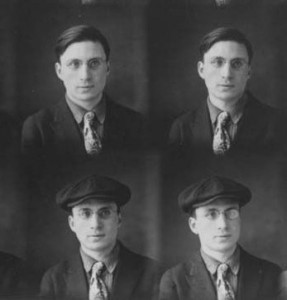 Henry Benezra, a UW alum from Turkey pictured here in 1920-21, was a member of the Seattle Sephardic community who sang for Rina Benmayor’s research project. Photos courtesy of the University of Washington Libraries, Special Collections Division.

“As the Stroum Center for Jewish Studies celebrates its 40th anniversary this year, Rina’s return after 40 years is a fitting way to honor this momentous occasion and to recognize the dynamic place that Sephardic Studies now holds within the Stroum Center and within the Jackson School.” He is also thankful to the partnerships with the NELC Department’s Turkish and Ottoman Studies Program, which is hosting this year’s Western Ottomanists’ Workshop at the UW on April 24-26; the Division of Spanish and Portuguese Studies; other units on campus; and leaders and institutions in the community.

“Rina Benmayor will inject into our program and into our community a direct link back to the generation of Sephardic Jews in Seattle during the 1970s who still spoke Ladino on a regular basis, had been born in the Old Country, and brought their musical and cultural traditions with them to the Pacific Northwest,” Naar said. “Now their children, grandchildren and great grandchildren will be able to hear their voices come alive again after so many years. Rina will show us how groundbreaking her work was in the ‘70s and simultaneously remind us, four decades later, how significant the Ladino legacy in Seattle remains.”

Want to see more articles like this?  Sign up for our newsletter!
⇒ Learn more about the Stroum Center for Jewish Studies at the University of Washington, our Sephardic Studies Program, or our Israel Studies Program.
Note: The opinions expressed by faculty and students in our publications reflect the views of the individual writer only and not those of the Stroum Center for Jewish Studies.
By Ty Alhadeff|2017-09-04T22:42:20-07:00March 27th, 2014|Categories: Digital Sephardic Treasures, Our Events, Sephardic Studies|Tags: Devin Naar, Events, Ladino, Music, Rhodes, Sephardic, Turkey, Ty Alhadeff|2 Comments