Iranian Jews in the Twentieth Century: Between Iranian Nationalism, Communism, and Zionism

In the early 20th century, the Iranian Jewish communities were largely disenfranchised, marginalized, and impoverished. About 80% belonged to the lowest social and economic classes, 10% were part of the emerging middle class, and 10% counted among the country’s elites.

This talk analyzes the institutional history of the Jewish communities in Iran — and the pivotal role they played in facilitating integration and other social developments. The examples to be discussed will help us understand how Iran’s Jews adjusted to a rapidly changing post-revolutionary society, especially in light of the regional conflict between their respective spiritual and national homelands, Israel and Iran.

Lior Sternfeld is an assistant professor of history and Jewish studies at Penn State University. He is a social historian of the modern Middle East with particular interests in the histories of Jews and other minorities of the region.  His first book, titled “Between Iran and Zion: Jewish Histories of Twentieth-Century Iran,” examines, against the backdrop of Iranian nationalism, Zionism and constitutionalism, the development and integration of Iran’s Jewish communities into the nation-building projects of the last century. Dr. Sternfeld completed his Ph.D. at the University of Texas, Austin. His current research project examines the origins of “Third-Worldism” in the Middle East.

This event is hosted by The Department of Near Eastern Languages in conjunction with the Persian and Iranian Studies Program at the University of Washington and the Israel Studies program at the Stroum Center for Jewish Studies.

The lecture is free and open to the public. To RSVP, visit the NELC event page here. 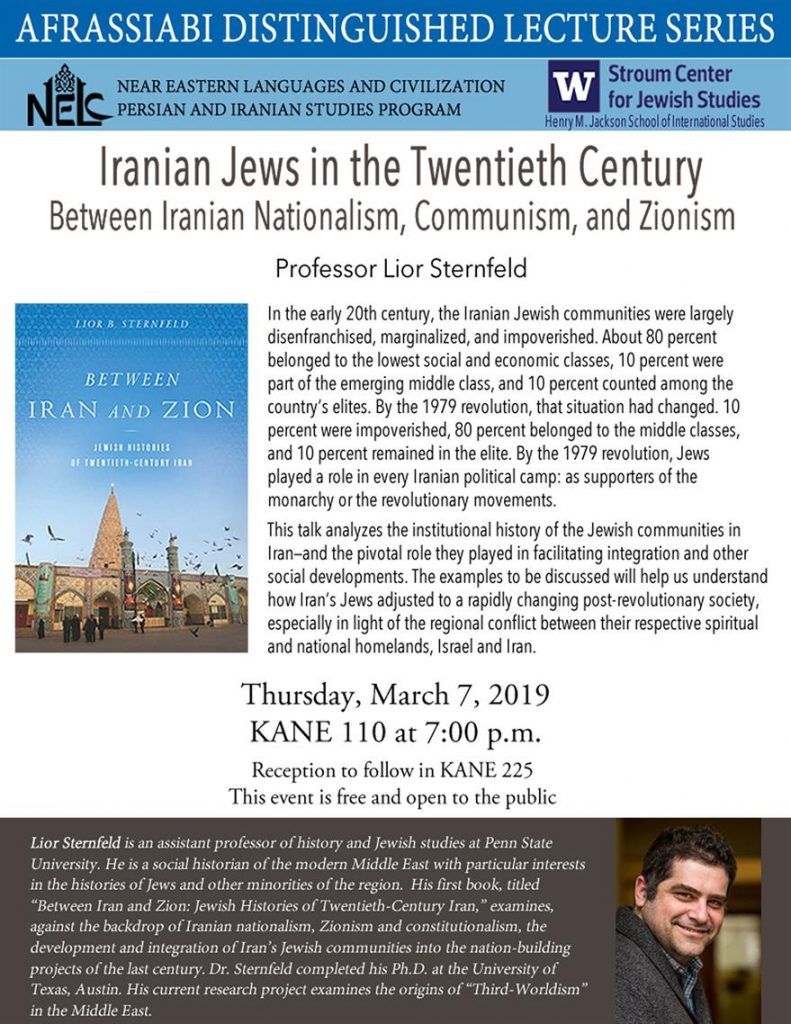