Lecture 1: School Photos in the Era of Assimilation: Jews, Indians, and Blacks (March 31)

Lecture 2: Framing Children: The Holocaust and After (April 2)

Photographs of school classes appear very early in the history of photography and are pervasive in individual and family albums throughout the world.  This year’s Stroum Lectures examine the historical, memorial, and aesthetic dimensions of school photographs from a comparative Jewish perspective.  The lectures explore photography’s ideological role from the 19th century through World War II, a span of decades wherein the political climate for Jews shifted from emancipation and integration to exclusion, persecution, and genocide. Reflecting on the afterlives of these images in memorial and artistic installations, the talks also suggest that school photographs can represent the possibility of resistance and subversion—even during the most challenging time in the Jewish people’s history.

The first lecture, focusing on class images from the 19th and early 20th century, examines practices of assimilation that are revealed in photographs from educational establishments intended for the “civilization” of indigenous and African American children in North America and from schools attended by Jewish children in Habsburg-ruled Central Europe.  The second lecture looks at the process of exclusion of Jews in 20th-century Central Europe by way of school pictures taken in the 1920’s and ’30s, as well as in sanctioned and clandestine schools – some, in ghettos and camps – in the years of the Holocaust. 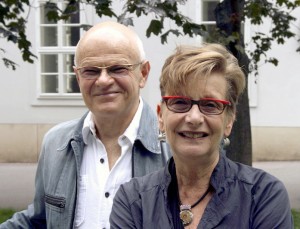 This year’s Stroum Lecturers are Dr. Marianne Hirsch, Professor of English and Comparative Literature at Columbia University, and Dr. Leo Spitzer, the Kathe Tappe Vernon Professor of History at Dartmouth College. Among numerous publications on the Holocaust and Jewish culture, they have co-authored Ghosts of Home: The Afterlife of Czernowitz in Jewish Memory (University of California Press, 2010).

Tickets may be reserved in advance here. Kosher reception to follow the lecture on March 31. 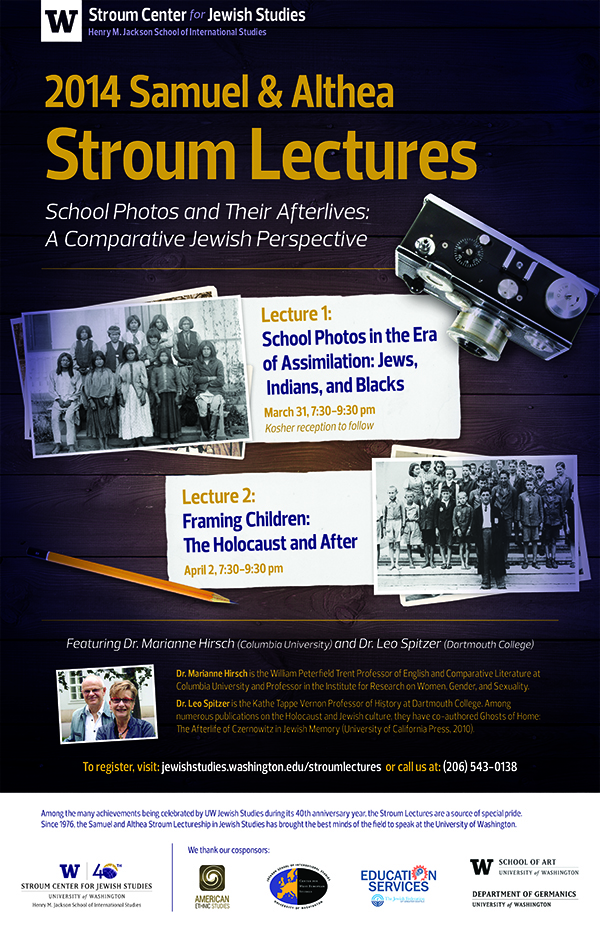