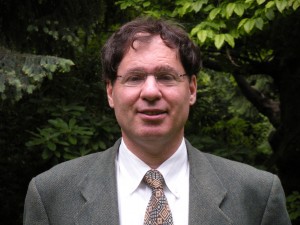 Gad Barzilai is an international expert on comparative politics and law who has also written extensively on Israel in the Middle East and comparative political context. He is a Professor in the Law, Societies, and Justice Program

[LSJ], Comparative, Law and Society Studies Center [CLASS], and the Jackson School of International Studies at University of Washington (2005-).

Barzilai was the First Founding Director (1999-2002) of the newly established international Dan David Prize, which is among the three large Prize foundations in the world, bestowing international prizes and scholarships for academic and scientific international excellence. During Barzilai’s term, two out of three laureates of the DDP were awarded the Nobel Prize.

Gad Barzilai was trained in comparative politics and comparative law, and has also acquired professional academic training in history, Judaism, international relations, public policy, statistics & quantitative tools of analysis, from Bar-Ilan University (1976-1982); Tel Aviv University (1978-1983); Hebrew University of Jerusalem (1984-1987); Yale University (1987, 1988, 1993, 1994), and Michigan University, Ann Arbor (1988). He has been invited to give lectures in various universities and public venues around the globe, including at University of California, Berkeley, Columbia University and Harvard University.

Gad Barzilai’s list of scientific publications includes more than one hundred and fifty publications, including books, monographs, and edited volumes, and more than one hundred articles, published in refereed leading scientific and legal journals in England, USA, and Israel. His award-winning book about legal cultures and non-ruling communities (minorities) under state domination and in the midst of globalization was published by University of Michigan Press (2003, 2005): Communities and Law: Politics, and Cultures of Legal Identities.

Barzilai’s most recent book, Law and Religion, an edited volume, has been published by the International Library of Essays in Law and Society [ed. Austin Sarat; Ashgate, 2007].