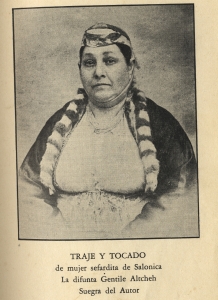 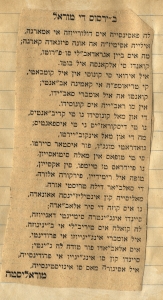 Historical consciousness was not the only subject Levy felt was important. As an educator, Levy highly valued education, taking the time not only to write about its importance, but to speak to the public regarding it as well. He focused multiple pieces, both in Ladino newspapers in Salonica and later in New York, on the education system, pointing out both flaws and strengths with the hopes that by being a bit controversial he could at least open people’s eyes to areas for improvement. He penned many articles about Jewish morality and ethics, in one example emphasizing the difference between being moral and wise. Read one of Levy’s poems about morality. 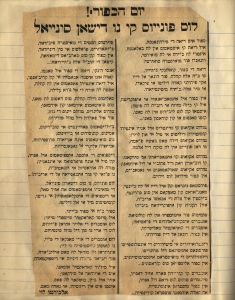 Because those who are intelligent do not always choose to act morally, teachers must promote knowledge and good values in students. Read a writeup of a speech given by Levy about teachers and education. Levy viewed the teachings of morality as coinciding with Jewish values, and thus wrote about the significance of Jewish holidays as well. Read Albert Levy’s poem celebrating Yom Kippur. Recognizing the significance of Jewish education, Levy also authored his own Hebrew dictionary, which remains in manuscript form today. 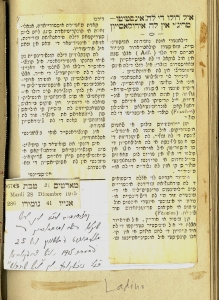 Summary of Levy’s speech about education

More than focusing on general questions of education, Levy emphasized the particular importance of women in society and advocated that the inadequacies of education for Jewish girls be fixed. One of his speeches focused specifically on this issue, as well as on the general role of teachers in education, and it was published in the Ladino press in Salonica. Read this speech about education. According to Levy, teachers have the opportunity to shape the minds of future generations; it was thus important for them to demonstrate virtue and be willing to teach all students regardless of gender.

Albert Levy’s piece about Jewish women in the harem

Beyond highlighting the importance of women’s education, Levy acknowledged their influential role in the Harem within the Ottoman world. According to Levy, women were admired and respected for their opinions, medical knowledge, wisdom, and sincerity. Read Albert Levy’s piece about women’s influence in the Ottoman Empire. In particular, Levy greatly respected the widow of Rabbi Solomon Ashkenazi, writing numerous pages praising her. Known for being educated, noble, and enlightened, according to Levy’s account, the widow cared for Sultan Ahmed I in the early seventeenth century, and even allegedly saved his life. Read Levy’s poetic account of how a Rabbi’s widow cured Sultan Ahmed I of a life-threatening disease, and a follow-up piece about a sinister vizier’s attempt to defame her. 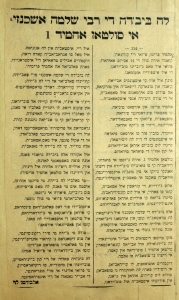 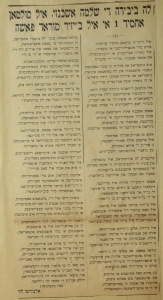