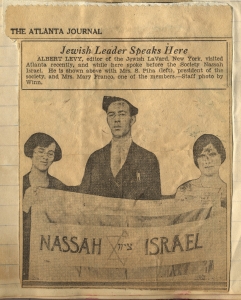 Albert Levy dedicated his life to bettering Sephardic communities in the old world and the new. Levy’s devotion to the Sephardim inspired his many writings on historical consciousness, Jewish education and values, and the promotion of communal unity. During his lifetime, Levy contributed to the community through many modes both written and spoken. Levy was called upon to speak to communities across the United States, not just those in New York and Seattle but also in places like Atlanta, regarding the importance of strengthening Jewish identity and developing a strong sense of Sephardic cohesion. By actively promoting Jewish education not only as a prolific journalist and editor of La Vara but also through his position as principal of the Sephardic Talmud Torah and educational director at the Bikur Holim in Seattle during the 1930s, Levy served as a kind of Sephardic beacon and helped shape the minds of future community leaders. Despite disagreements among community leaders and the continual struggle to unite the Sephardim—a struggle that continues today—Levy at least partly succeeded with his mission. In the process, he also demonstrated that Ladino is a legitimate language of politics, poetry, education, history, and culture. 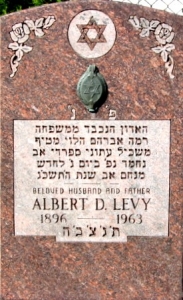 Fittingly, it was the love of books that accompanied him on the day he died. Relatives recall that Levy could always be found in a bookstore. His passion for learning and thirst for knowledge drove his love of reading, which he passed on to his children and grandchildren. “When we were growing up, most kids would get toys or clothes from grandparents when it was their birthday. I remember always getting a book from Grandpa [Levy]” recalled Levy’s grandson, Bob Tacher. In the year 1963, Levy had a stroke at Shorey’s Bookstore located on 3rd and Marion in downtown Seattle. At the time, Shorey’s Bookstore was the largest bookstore in Seattle and west of the Mississippi. Sadly, it was this very stroke that resulted in his passing. But through his descendants, through the memories of his students, through his vast publications and writings—still being uncovered—his legacy and his impact continue to be felt strongly today, in Seattle and beyond.< 13. A Notebook of Inspiration