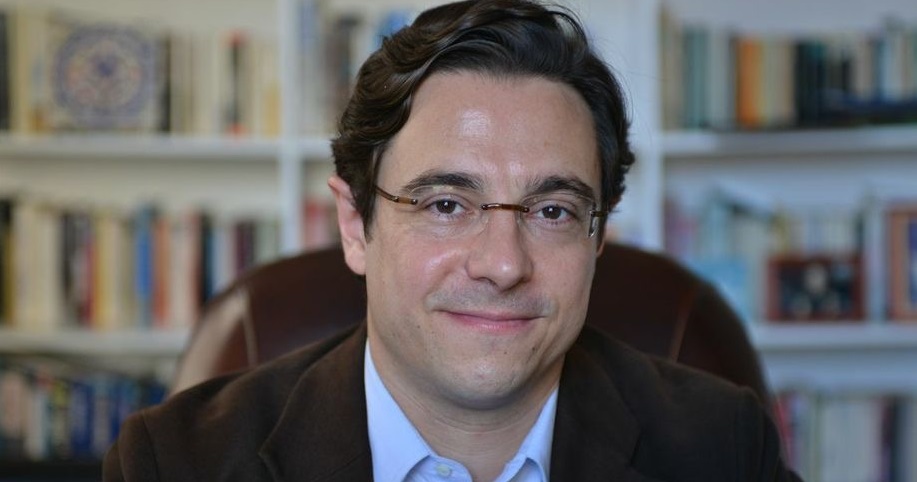 11/19 TALK | American Jews and Israel in the Trump Era: Polarization and Protest

Dov Waxman (UCLA) will give the 2019 Jack and Rebecca Benaroya Endowed Lecture in Israel Studies, on the topic of how American Jewish support for Israel is shifting in the context of the Donald Trump presidency.

Note: Seating for this lecture is first come, first served. Doors will open at 6:45 p.m. We cannot guarantee late seating. 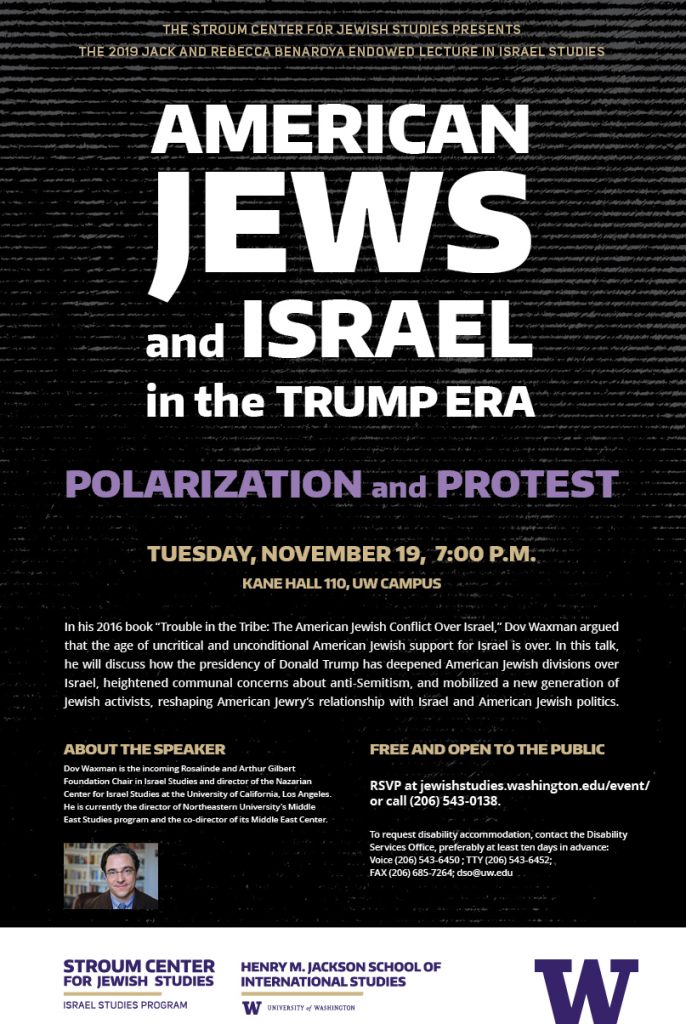 In this talk, he will discuss how the Presidency of Donald Trump has deepened American Jewish divisions over Israel, heightened communal concerns about anti-Semitism, and mobilized a new generation of Jewish activists. As a result, American Jewry’s relationship with Israel, and American Jewish politics, is being reshaped. 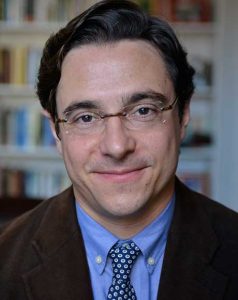 An award-winning professor, he previously taught at the City University of New York, Bowdoin College, and the Middle East Technical University in Ankara, Turkey. He has also been a visiting fellow at Tel Aviv University, Bar-Ilan University, the Hebrew University of Jerusalem, and Oxford University. He has a BA in Politics, Philosophy, and Economics from Oxford University, and an MA and PhD in International Relations from the School of Advanced International Studies (SAIS) at Johns Hopkins University. Professor Waxman’s research focuses on the Israeli-Palestinian conflict, Israeli foreign policy, U.S.-Israel relations, and American Jewry’s relationship with Israel.

He is the author of dozens of scholarly articles and four books: The Pursuit of Peace and The Crisis of Israeli Identity: Defending / Defining the Nation (Palgrave, 2006), Israel’s Palestinians: The Conflict Within (with Ilan Peleg, Cambridge University Press, 2011), Trouble in the Tribe: The American Jewish Conflict over Israel (Princeton University Press, 2016), and most recently, The Israeli-Palestinian Conflict: What Everyone Needs To Know (Oxford University Press, 2019). He has also been published in The Los Angeles Times, The Washington Post, The Guardian, The Atlantic Monthly, Salon, Foreign Policy, The Forward, and Haaretz.