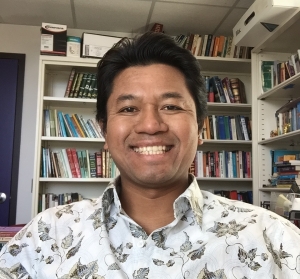 Muhamad Ali is an Indonesian scholar of Islam. He is currently an associate professor of Islamic Studies in the Religious Studies Department and is a faculty member of the Southeast Asia: Text, Ritual, and Performance Program at the University of California, Riverside. Dr. Ali has published books, essays, and chapters on topics related to Islam, including violence and peace, gender, interfaith dialog and global education, Indonesian Muslims’ perceptions of Judaism and Jews, Indonesian Islamic liberal movements, and a modern history of Southeast Asia. His recent book is Islam and Colonialism: Becoming Modern in Indonesia and Malaya (Edinburgh University Press, 2015). His two earlier books, Multicultural-Pluralist Theology (2003) and Bridging Islam and the West: An Indonesian View (2009), were published in Indonesia. His current projects are concerning religious freedom and pluralism in modern Indonesia; Indonesian Islam; and the expressions of adab in Indonesia and Malaysia. 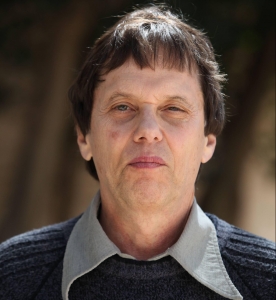 Dr. Giora Eliraz is a Research Associate at the Harry S. Truman Institute for the Advancement of Peace at the Hebrew University of Jerusalem. He is the author of two publications about Islam in Indonesia: Islam in Indonesia: Modernism, Radicalism and the Middle East Dimension and Islam and Polity in Indonesia: An Intriguing Case Study. Dr. Eliraz holds several other research positions, including as Affiliated Fellow at the KITLV/Royal Netherlands Institute of Southeast Asian and Caribbean Studies in Leiden, a Member of a research group at the Minerva Humanities Center at Tel Aviv University, a Research Fellow at the Institute for Counter-Terrorism at the Interdisciplinary Center (IDC) in Herzliya, and as a Visiting Writer at the Forum for Regional Thought. In 2002, Dr. Eliraz ended about 30 years of service in the IDF and in the Office of the Prime Minister.

This event is sponsored by Southeast Asia Center, Stroum Center for Jewish Studies, and Jackson School of International Studies