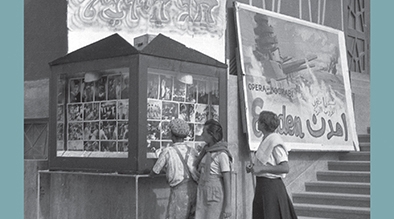 Beyond Hebrew: Zionism and the Politics of Language Diversity in Palestine and Israel

The promotion of Hebrew, traditionally a language of Jewish liturgy and study, as a spoken vernacular, was a central accomplishment of the Zionist movement in Palestine before Israeli statehood. Viewing twentieth-century history through the lens of language, author Liora Halperin questions the common narrative of a Zionist move away from multilingualism during the years following World War I, demonstrating how Jews in Palestine remained connected linguistically by both preference and necessity to a world outside the boundaries of the pro-Hebrew community even as it promoted Hebrew and achieved that language’s dominance.
The story of language encounters in Jewish Palestine is a fascinating tale of shifting power relationships, both locally and globally. Halperin’s absorbing study explores how a young national community was compelled to modify the dictates of Hebrew exclusivity as it negotiated its relationships with its Jewish population, Palestinian Arabs, the British, and others outside the margins of the national project and ultimately came to terms with the limitations of its influence and power in an interconnected world.
Light Kosher reception to follow lecture.

The Stroum Center for Jewish Studies is proud to offer this lecture as part of our Winter 2016 series, Beyond the Binary: Israel Studies Today which welcomes several emerging scholars to share new directions in the field of Israel Studies. Stay tuned for more information!


Liora R. Halperin is an Assistant Professor in the Department of History and the Program in Jewish Studies and the holder of the Endowed Professorship in Israel/Palestine Studies at the University of Colorado Boulder, where she has taught since 2013. Her research focuses on Jewish cultural history, Jewish-Arab relations in Ottoman and Mandate Palestine, language ideology and policy, and the politics surrounding nation formation in Palestine in the years leading up to the creation of the State of Israel in 1948. She is also a member of the advisory board for CU’s Archive of Post-Holocaust American Judaism, and affiliated faculty in Middle Eastern Studies at the CU Center for Asian Studies.