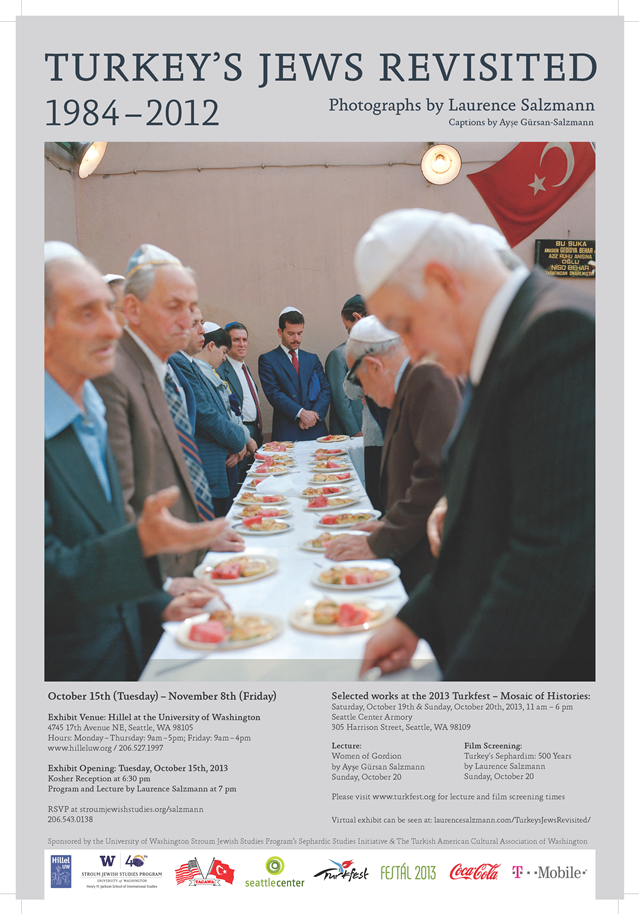 Turkey’s Jews Revisited: A look back (1984-2012).
Photographs by Laurence Salzmann

Laurence Salzmann is a native of Philadelphia who has worked as a photographer/ filmmaker since the early 1960’s. His projects document the lives of little known groups in America and abroad. He looks at the lives of people ranging from occupants of single room occupancy hotels in New York City to transhumant shepherds in Transylvania, residents of a Mexican village, and Philadelphia Mummers. His photographic study of a nearly extinct Jewish community in Romania was published as The Last Jews of Radauti by Dial/Doubleday in 1983, with text by Ayse Gürsan-Salzmann. His most recent work in Cuba is soon to be published in book form by Blue Flower Press under the title: La Lucha/The Struggle.

Salzmann’s photographic method is deeply informed by his background in anthropology and involves long term participation in and observation of groups or events. His work illustrates how lives and events are shaped by the environments and conditions in which people live.  More on Salzmann and this exhibit at his website: https://www.laurencesalzmann.com  A preview of the exhibit can be viewed here.