Lunchtime Learning: Natan Meir on “People of the Poorhouse: The Jewish Dispossessed in Eastern Europe”

How do we hear the voices of the voiceless? How do we reconstruct the history of those who were unable to write their own stories? This lecture explores the lives and experiences of Jews at the margins of society–including paupers, orphans, poor widows, disabled people, and the mentally ill –in nineteenth and early twentieth-century Eastern Europe. Drawing on a wide range of documents, Meir examines the Jewish community’s attitudes towards these individuals, who were often both excluded from the mainstream and dependent on the community for survival. This “history from the margins” attempts to move us towards a richer and fuller portrait of East European Jewish society than ever before.

Natan M. Meir is the Lorry I. Lokey Associate Professor of Judaic Studies at Portland State University.  His research interest is modern Jewish history, focusing on the social and cultural history of East European Jewry in the nineteenth and twentieth centuries. He is the author of Kiev: Jewish Metropolis, 1861-1914 (Indiana University Press, 2010) and co-editor of Anti-Jewish Violence: Rethinking the Pogrom in East European History (Indiana, 2010). His articles have appeared in Jewish Quarterly Review and Slavic Review. Meir is currently working on a study of vulnerable and marginalized groups among East European Jews in the nineteenth century, and he is a consultant for the Russian Jewish Museum of Moscow, which will open in November 2012. Prior to coming to PSU, Meir taught at the University of Southampton in the United Kingdom. Meir received his Ph.D. in Jewish history from Columbia University in 2003. 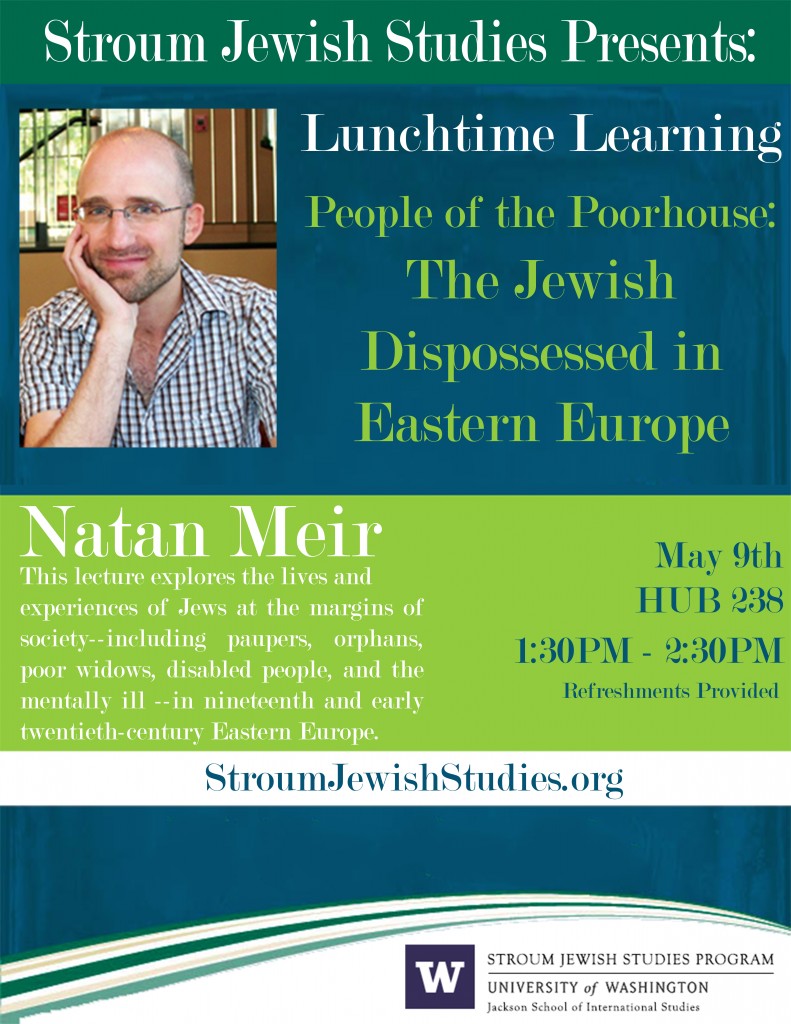