Lunchtime Learning: Amelia Glaser, “A Funny Thing Happened on the Way to the Fair: Jewish-Slavic Relations through Literary History”

Light lunch will be provided. 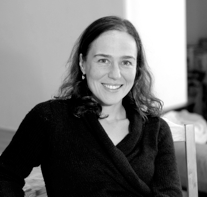 nineteenth and early twentieth-centuries, Jews, Ukrainians, Poles, and Russians lived together in the territory known as the Pale of Settlement, a region of Eastern Europe that now covers much of Ukraine, Belarus, and the Baltic States. Although these communities spoke different languages, followed distinct cultural habits, and practiced different religions, members of these communities did meet at markets and fairs. The stories that Jewish, Russian, and Ukrainian writers tell about these marketplace encounters help us to understand a complex history of coexistence and antagonism in the nineteenth century and after. Amelia Glaser will be discussing Jewish-Slavic relations, as told through stories of these marketplace encounters by Nikolai Gogol, Hrihorii Kvitka, Sholem Aleichem, Isaac Babel, and others. She will base her talk on her recent book, Jews and Ukrainians in Russia’s Literary Borderlands: From the Shtetl Fair to the Petersburg Bookshop.

Amelia Glaser is an associate professor of Russian and comparative literature at the University of California, San Diego, and is currently the director of Russian and Soviet Studies at UCSD. In addition to Jews and Ukrainians (Northwestern U. Press, 2012), she is the translator of a collection of American Yiddish poets, Proletpen: America’s Rebel-Yiddish Poets (U. of Wisconsin Press, 2005), which recently appeared in paperback. She is currently editing a collected volume of essays on literary representations of the Cossack uprisings of 1648, as well as a book about American Yiddish poets from Eastern Europe. Professor Glaser grew up in Northern California, received a BA from Oberlin College, an MA in Yiddish from the University of Oxford, and a Ph.D in Comparative Literature from Stanford University.