Leah Garrett of Monash University in Australia, expert in Yiddish and Jewish-American literature, will speak on “Jewish American War Novels” 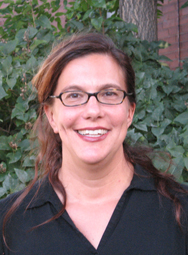 In 1948 five books about the war dominated the New York Times bestseller list and were all written by Jews and made Jewish soldiers central protagonists: Norman Mailer’s The Naked and the Dead, Irwin Shaw’s The Young Lions, Ira Wolfert’s An Act of Love, Merle Miller’s That Winter, and Stefan Heym’s The Crusaders.  A sixth book about a Jewish soldier also sold well that year (although it did not make the bestseller list), Martha Gellhorn’s The Wine of Astonishment.  The critical and popular dominance of Jewish war novels in America extended into the early 1960s.  For instance, Herman Wouk’s The Caine Mutiny (1952) was the largest postwar bestseller, while Joseph Heller’s Catch-22 (1961) initiated the literary trend of satirizing and subverting America’s war aims.

Jewish writers argued in their novels that the Holocaust was a central, rather than ancillary, aspect of the war experience.  Other themes that Jewish war novelists took up included a focus on the endemic antisemitism and racism in the military, the infusion of intellectualism into the figure of the ideal soldier hero, and the reversal of the standard American understanding of the Japanese enemy as a devil and the German as an European brother.  In Jewish novels, the Japanese are fellow minorities, and the Germans are the true demons.

Yet the central role of Jews in fictionalizing War World II for a postwar readership has gone unnoticed in literary and historical studies.  Either the Jewishness of the writers is uncommented on, or, the Jewishness of the text is negated.  This factor is central, because as I will discuss, Jewish authors wrote about the war in very unique ways, and since their novels were bestsellers, they had a direct impact upon how postwar Americans understood the war effort.