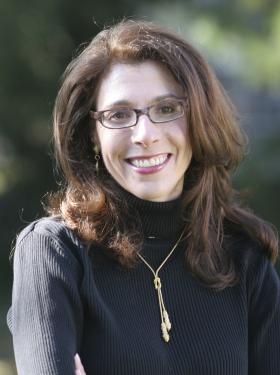 Campus Talk: Prof. Robin Judd on “What’s Love Got To Do With It? Jewish War Brides, Soldier Husbands, and Postwar European History”

“What’s Love Got To Do With It? Jewish War Brides, Soldier Husbands, and Postwar European Jewish History” explores the complicated relationships among some librated Jewish women and American, British, and Canadian victors.  To do so, it will study an understudied population, namely the Jewish female survivors in postwar Europe who married American, Canadian, and British military personnel.  It will examine the women and it will engage with their interactions with one another, with the Jewish and non-Jewish men they married, and with the different associations that strove to assist them.  By studying Jewish war brides, this paper will provide unique insight into the transnational and gendered character of an understudied group of survivors of the Nazi persecution.

Bio:  Robin Judd (Phd, University of Michigan) has served on the faculty of the History Department of the Ohio State University since 2000. Currently the director of the Graduate Studies Program of the History Department, she also serves as an associate member of the Melton Center for Jewish Studies, the Women’s/Gender Studies Department, and the Center for the Study of Religion. Professor Judd is the author of Contested Rituals: Circumcision, Kosher Butchering, and German-Jewish Political Life in Germany, 1843-1933 (Cornell University Press) and a number of articles concerning Jewish history, gender history, and ritual behavior. She has received several research fellowships and grants including a Fulbright, NEH summer stipend, DAAD, Lady Davis Award, Coca Cola grant for Critical Difference, and the American Historical Association’s Schmidt award. She is the recipient of two teaching awards: the History Department’s Clio award and the College of Arts and Science’s Rodica Botoman Award