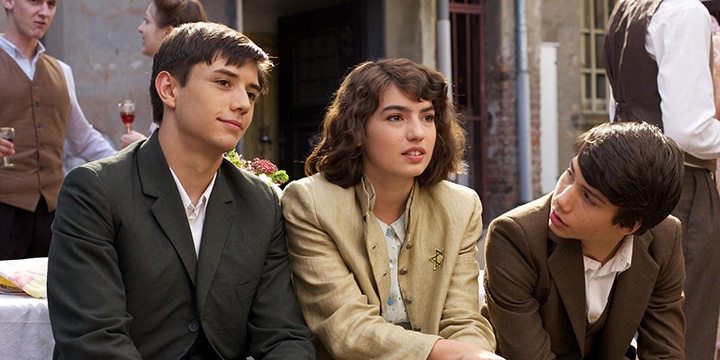 A visually stunning tale of first love and friendship in a time of war. In the summer of 1943 in Sofia, Bulgaria, a shy 17-year-old Jewish boy, meets his cousin and is immediately smitten. Unfortunately, so is his more worldly friend Giogio. The boys navigate more than a love triangle; however, as the police begin rounding up the Jews in this Ladino-speaking community under pressure from their German allies, who are also devastating Shelli’s hometown of Kavala, Greece. To complicate matters, Giogio’s father is a brutish anti-Semite who works for the government department in charge of deporting Sofia’s Jews to forced labor and death camps.

Bulgaria’s submission to the 2014 Academy Awards® for Best Foreign Language Film, BULGARIAN RHAPSODY is part of director Ivan Nichev’s historic trilogy about Bulgarian Jews, which also includes AFTER THE END OF THE WAR (1999) and THE JOURNEY TO JERUSALEM (2003). Warning: some nudity.

Tickets for this film are available through the Seattle Jewish Film Festival.