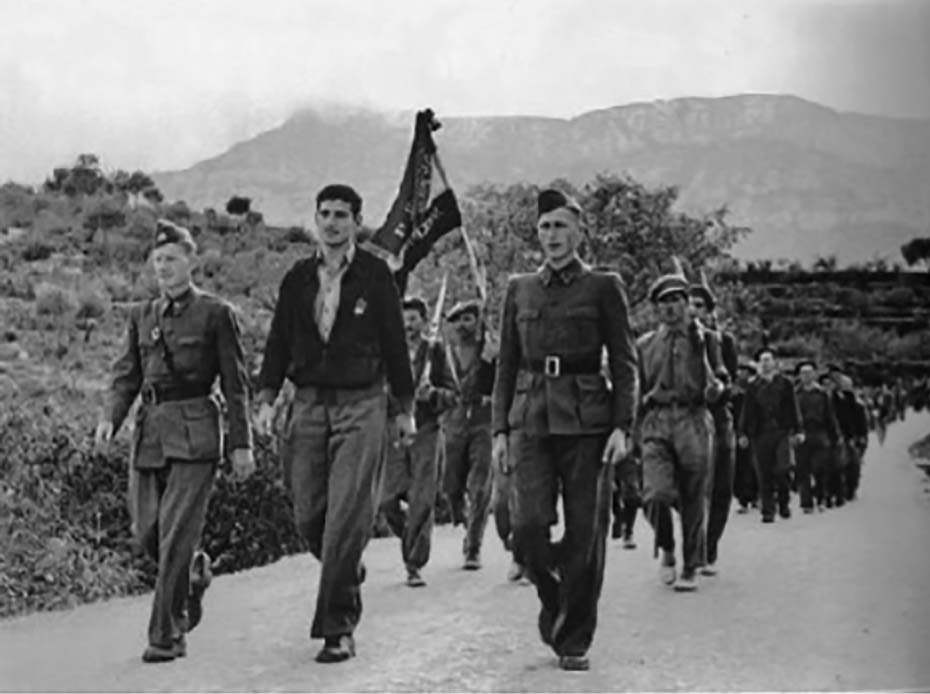 Eighty years ago, nearly 3,000 Americans embarked for Europe to join the democratically elected Spanish Republic in its effort to repel a military coup led by Francisco Franco. Nearly one-third of the American volunteers were Jews.

In the early ’90s, Professor Joe Butwin interviewed dozens of these Jewish veterans of the Spanish Civil War, collecting their stories and inviting them to reflect on the connection between their Judaism and their decision to serve.

Now, in collaboration with the Stroum Center for Jewish Studies, Professor Butwin has curated a new digital exhibit presenting the recollections of five of these volunteer service members – three soldiers and two nurses – who discuss their motivations, their experiences during the war, and their connections to Judaism, past and present. 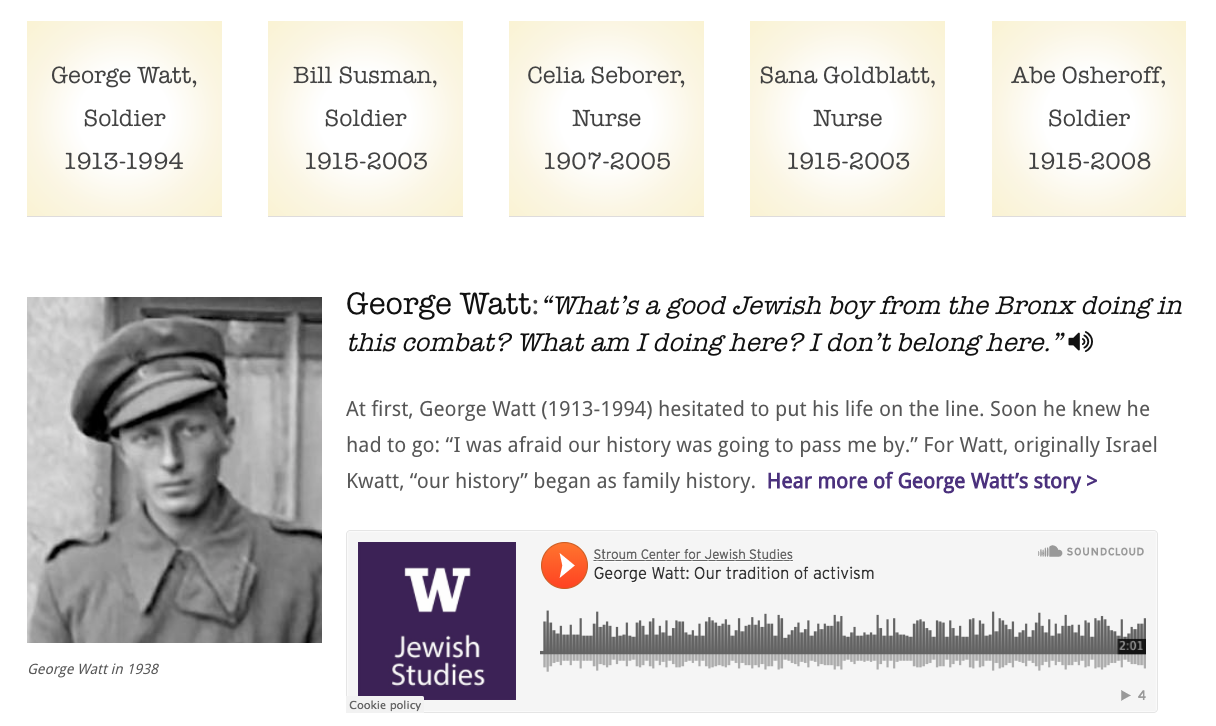 From the “Salud y Shalom” homepage

This multimedia project brings together veterans’ voices, via original audio recordings of the interviews, and contemporary photographs and artifacts, creating a vivid portrait of a radically different period in the American Jewish past.

In this event, Professor Butwin will talk about the origins of the project, the war volunteers he spoke with in the 1990s, and the process he went through in translating his materials into an accessible online format.

Note: We are expecting full capacity for this event. While we cannot guarantee space to guests who did not RSVP, there will be a first come, first served waitlist. We hope to be able to accommodate everyone who is interested in the program.