After WWII there was a significant shift in the visual principles of rendering the operations of Auschwitz-Birkenau, its history, and its moral significance. Soviet and Polish filmmakers established the cinematographic conventions of Holocaust documentaries, which contributed to the conceptualization of concentration camps and industrial genocide as modernist events. The films in question span the period between the liberation of Auschwitz and the 1960s, and include liberation footage recorded by the Red Army and the Polish Film Chronicle, Alain Resnais’s Night and Fog (1955), Andrzej Brzozowski’s Archeology (1967), and Tadeusz Jaworski’s I was a Kapo (1963). This selection sheds light on the aesthetic choices of film genres like newsreel, post-traumatic film, scientific film, and first person testimony.

This event is free and open to the public. No registration is required.

Organized by UW Polish Studies, co-sponsored by the Stroum Center for Jewish Studies. 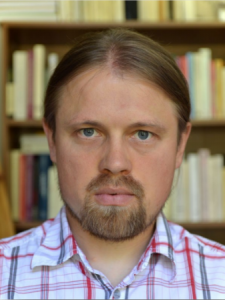 Documentary materials shot during the war by Nazi cameramen came to define the audiovisual memory of Polish Jews in the ghettoes and Auschwitz-Birkenau liberation footage became a powerful symbol of the Holocaust. Polish documentary filmmakers had relied on these materials in order to present various aspects of the genocide, Nazi atrocities, and the fate of Jews under the occupation. Subsequently, quoting of archival footage lost its appeal and other modes of documentary film-making prevail: cinematic memory work (in response to Alain Resnais’s Night and Fog), audiovisual testimony, documentaries of return etc. The book traces these developments and adopts a comparative perspective showing Polish productions in the context of a larger international phenomenon of Holocaust cinema. The argument combines insights from psychoanalytical trauma theory, generic criticism, memory studies, and political aesthetics.