Two Fatherlands? Zionist Youth and the Politics of Belonging in 1930s Poland

Why would a Zionist youth movement between the two world wars consider marching in Polish patriotic parades and training with Polish military groups to be Zionist acts? This talk will investigate the fascinating dynamics that led Betar, one of interwar Poland’s most popular Jewish youth movements, to model their ceremonies on Polish patriotic rituals, call for their members to “act Polish” and include Polish government officials as both observers and participants in their celebrations. Drawing from autobiographies of Jewish youth written in Polish, Yiddish and Hebrew, as well as police reports from across Poland, Dr. Heller will explore these performances of a Polish-Zionist alliance from the perspective of Betar’s members, leaders and Polish government officials. By doing so, the talk will provide a vivid portrait of Polish-Jewish relations and the world of Polish Jewish youth on the eve of the Second World War. 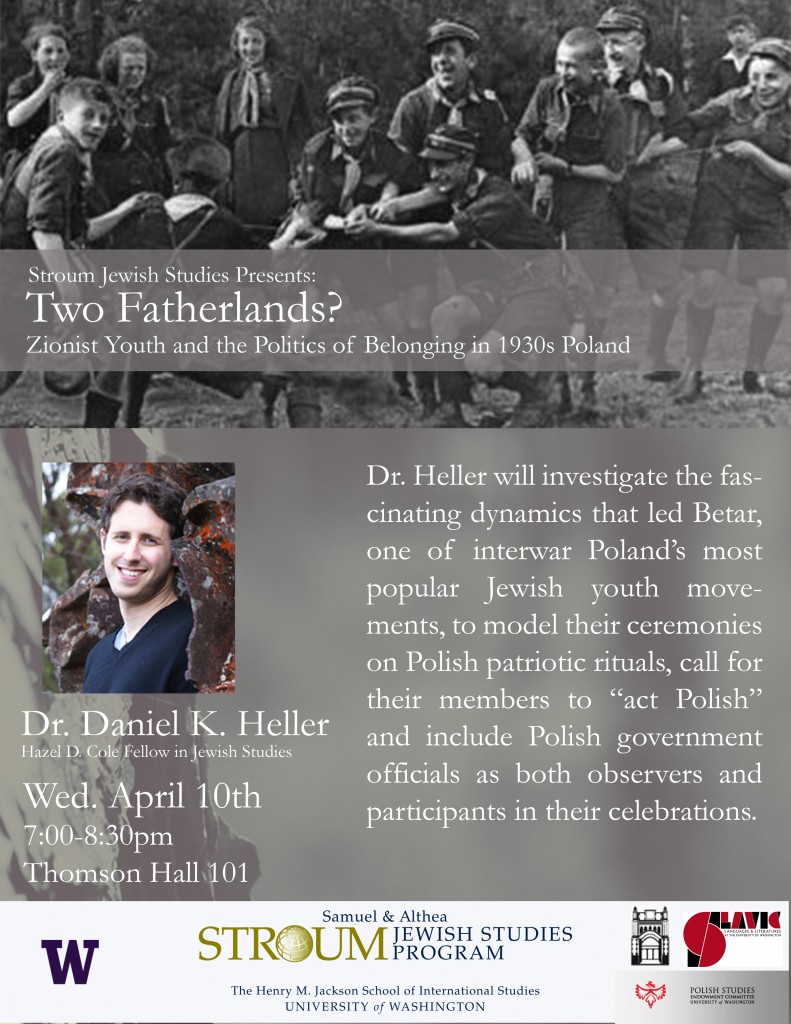