What did it mean to be a Jewish minority in an Arab-Islamic society? How did Judaism shape Islam and vice versa? What is the future of Jewish-Arab relations?

Today, Jews and Arabs sometimes seem to be entrenched in a timeless conflict. But for centuries, over 90% of the world’s Jews lived, worked, and thrived (or sometimes floundered) in the Arab Near East.

In four talks from scholars drawing on their original research, this series will explore interactions between Jews and Arabs across fifteen hundred years of history.

*All talks will take place in Zoom webinar format.*

In this talk, Alon Tam will explore the social history of the Jewish community in Egypt, with a special emphasis on its place in the urban history of Cairo during the first half of the 20th century. Looking at public places such as coffeehouses, parks, neighborhoods, and more, he will examine the dynamics of everyday relations between Jews and Muslims in that city, touching on such issues as social hierarchy, performance of social identities, navigating political tension, and memory.

The worldview of the early Muslims was deeply shaped by the history of Arabian Judaism. In this talk, Hamza M. Zafer will explain how the Quran and other early Muslim writings provide tantalizing evidence about the evolution of Jewish communities in late ancient western Arabia.

Lecture 2. The Jews of Medieval Baghdad in the Abbasid Era

For more than five hundred years, a significant Jewish population resided in Baghdad, the seat of the caliph of the Abbasid Empire. Medieval Baghdad was home to influential rabbis and yeshivas (rabbinic schools), the Jewish exilarch (the “king” of world Jewry), and prominent Jewish members of the government and financial system. In this talk, Jennifer Grayson will explore what this meant both for the Jews of Baghdad and for the Muslims who ruled over them.

Lecture 3. Jews and Muslims in Colonial Algeria: Between Intimacy and Resentment

In this talk, Yuval Tal will explore the unique relations between Muslims and Jews in the French colony of Algeria between 1830 and 1962, examining the culture and the social space that Jews and Muslims shared and showing how the establishment of colonial rule in Algeria shaped their daily encounters. Both moments of solidarity and episodes of violence between the two groups will be discussed, showing how colonialism, class, and Arab and Jewish nationalism influenced the relations of these communities.

Register for the Jews of Arab Lands series > 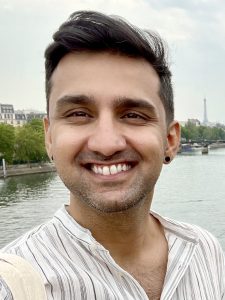 Hamza M. Zafer is Associate Professor of Middle Eastern Languages and Cultures at the University of Washington. Originally from Pakistan, he is a specialist in the classical languages of the Red Sea region: northeast Africa and western Arabia. His book “Ecumenical Community” (Brill, 2020) is a literary-historical study of the Quranic term ummah (community). His current research focuses on translation and intra-religious polemic in medieval Ethiopia and Yemen. 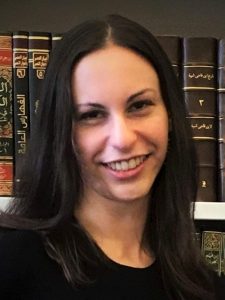 Jennifer Grayson is the Rabbi Aaron D. Panken Assistant Professor of Jewish History at Hebrew Union College. She also holds a secondary affiliation as Assistant Professor of History at Xavier University. Dr. Grayson researches the social history of Arabic-speaking Jews in the medieval Middle East, primarily through the documents of the Cairo Geniza. She is currently revising her book manuscript, entitled “At the King’s Gate: The Jews of Abbasid Baghdad, 750-1258,” and is beginning a new project on the history of childbirth among Jews in medieval Egypt. 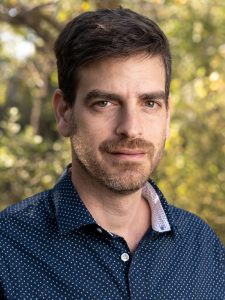 Yuval Tal is an assistant professor of history at the Romance Studies Department and the European Forum at the Hebrew University of Jerusalem. Yuval is a historian of modern France and the French colonial Empire in North Africa. His research brings the history of Christians, Muslims, and Jews from across the Mediterranean into a shared analytical framework. This method allows him to bridge the divide between national and imperial histories of Europe, and bring into view hidden ethnic premises that haunt European liberal democracies today. 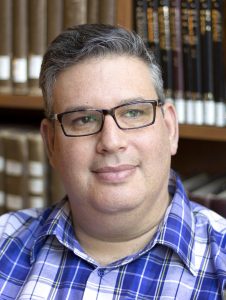 Alon Tam is a social historian of modern Egypt, and of its Jewish community. He has written about the social and political history of Cairo’s coffeehouses, about Cairo’s Jews and their place in its urban history, as well as on topics ranging from the Jewish press in Tangier, Morocco, to Blackface in Egyptian theater. Tam received his Ph.D. from the Department of Near Eastern Languages and Civilizations at the University of Pennsylvania, and he has held postdoctoral fellowships at Penn, Columbia University, and the University of California in Los Angeles. 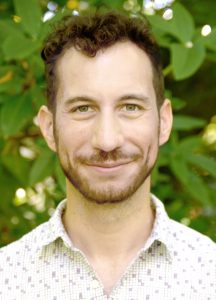 Brendan Goldman is an affiliate faculty member of the Stroum Center for Jewish Studies. He received his Ph.D. in history from Johns Hopkins University in 2018, and was subsequently awarded a postdoctoral fellowship at Princeton University, where he coordinated the Comparative Diplomatics Workshop and taught American history at Northern State Prison in Newark, NJ. As the Hazel D. Cole Fellow at the UW from 2019-2022, Brendan offered courses on queer premodernities, the prison state and Jewish-Muslim relations. Brendan’s research focuses on Arabic-speaking Jewish communities in the medieval Islamic world. His first book, “Camps of the Uncircumcised: The Cairo Geniza and Jewish Life in the Latin Kingdom of Jerusalem,” is under contract with University of Pennsylvania Press.

This series is cosponsored by the Israel Studies Program and the Department of Middle Eastern Languages and Cultures at the University of Washington, and is made possible with support from the Jewish Federation of Greater Seattle.