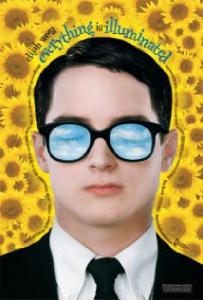 In this course, we will engage with material ranging from Anne Frank’s Diary of a Young Girl to Jonathan Safran Foer’s Everything is Illuminated in order to explore major themes of Jewish life and Jewish identity in modern literature and cinema. As we read texts and view assigned films, we will discuss the tensions between tradition and modernity; the impact of the immigrant experience; responses to persecution; and the changing roles of women and men in modern life.

By the end of the course students:
– Will have encountered significant literary works and their adaptations into film, comparing artistic possibilities of cinema with those of printed text;
– Will know about major historical developments in Jewish life since the 19th century;
– Will have seen connections and differences among texts coming from a variety of literary traditions in a range of languages (from Yiddish to Hebrew to English and more);
– Will have strengthened analytic reading skills;
– Will have practiced writing skills by producing essays and in-class exercises.

Film screenings will be held on Friday afternoons. These sessions are optional. Students may access the films elsewhere on their own and watch at their convenience.