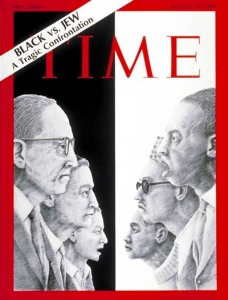 This course focuses upon the varied and complex ways in which African Americans and American Jews have understood and imagined each other and interacted together in the twentieth century. We will analyze the patterns by which Jews and Blacks have constructed their own group and individual identities in relationship to one another. And we will explore the historic basis of cooperation as well as the sources of conflict between two groups that were considered “outsiders” to mainstream American society. Our sources include the works of social scientists, cultural critics, playwrights, poets, novelists, journalists, filmmakers, and historians.