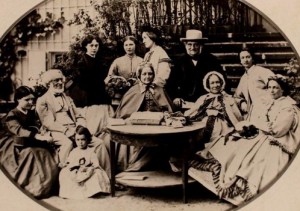 What does it mean to seek equal status as a citizen when the primary marker of one’s identity, that of being Jewish, is indicative of a dream to return to Zion? How does one demand of the other, the Jew, that (s)he become German, French or English when the very notion of such nationalisms is vague, uncertain, and forever changing? These are the primary questions that will structure our discussions during the term. We will also be interested in the tragic trajectory that proposed solutions to these problems assumed. In other words, we will seek to understand why for Jews the eventual solution to their predicament in Europe was to abandon dreams of assimilation and argue for the birth of a Jewish state. Conversely, we will examine how religious anti-Semitism led to racial anti-Semitism and finally to genocidal anti-Semitism. That is, how for Germans (and many other Europeans) the solution to the “Jewish problem” became a final one: the extermination of all Jews from the globe. The course will also pursue a second trajectory, namely, the messianic in Jewish thought. How does the coming of the messiah or the fact that he has not yet arrived affect the disposition Jews assume toward their own lives? How do they read history? How do they conceive of truth when truth is not yet revealed save through ritual law? And finally, what does revolution have to do with the Jewish notion of messianism?

Hannah Arendt insisted that the history of Jewish assimilation in Germany was unlike any other. Moreover, many contemporary Jewish scholars argue that German and not Yiddish is the language of modern Jewry before 1948. For this reason, much of the focus of the course will be on German-Jewish relations. But since this story overlaps, coincides, and contests the history of modern Jewry throughout Europe, we will also concern ourselves with works that reflect on this history from a broad European perspective, including Honorè de Balzac’s J’accuse, Glückl von Hameln’s Memoirs, and Irène Némirovsky’s The Wine of Solitude. Other readings include works by Moses Mendelssohn, Heinrich Heine, Sigmund Freud, Franz Kafka, and Hannah Arendt.