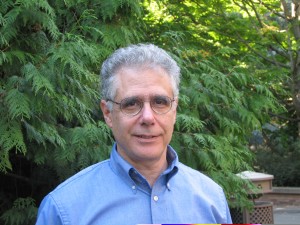 Paul Burstein received his Ph.D. in sociology at Harvard University in 1974, and taught at Yale and Vanderbilt Universities before coming to the University of Washington in 1985. He has served the UW as Professor of Sociology, Samuel and Althea Stroum Chair in Jewish Studies, Pruzan Professor of Jewish Studies, and Adjunct Professor of Political Science, and he chaired the Jewish Studies Program from 2003 through 2008. He has served on the Council of the American Sociological Association, on the Board of the Association for the Social Scientific Study of Jewry, and the editorial boards of a dozen professional journals.

His work in sociology and political science has examined equal employment policies; civil rights; work, family and gender; the Americans with Disabilities Act; bank bailouts; environmental protection; and crime on campus. In Jewish Studies, he has done research on Jewish organizations, Jewish economic success, and, most recently, on how the Senate Foreign Relations Committee has viewed the Middle East since the creation of Israel.