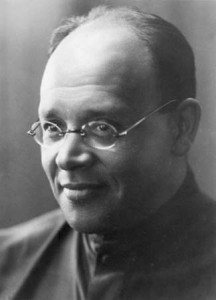 This course will examine the works of Russia’s great modernist writer, Isaak Babel (1894-1940).  Babel first came to public notice in the early 1920s for his chronicle of the bitter Polish-Soviet war, Red Cavalry.  He went on to confirm this early promise in his boisterous tales of Jewish gangsters (Odessa Stories), in dramas (Sunset, Mar’ya), in film (Benya Krik, Jewish Luck (Menakhem Mendel), and in his remarkable “Autobiographical” stories.  Babel’s untimely death – at the hands of the Soviet secret police – cut short one of the most original voices in Soviet literature.  In this class we will be reading Babel’s major story-cycles: Red Cavalry, Odessa Stories, Autobiographical Stories, and we’ll see at least one of the films for which Babel wrote original and adapted screenplays.