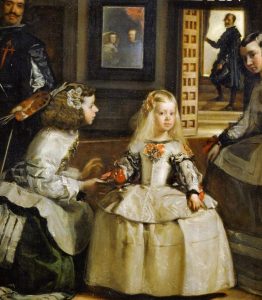 This course explores the history and culture of Spain and its empire during the early modern period. By the sixteenth century, Hapsburg Spain had emerged as Europe’s unrivaled superpower, with an empire stretching from Madrid to Havana and allies answering from Vienna to the Philippines. Yet following a century of phenomenal economic growth and spectacular cultural production—including literary experimentation, artistic innovation, and religious reformation—Spain entered a period of self-perceived stagnation and “decline.” How the small Iberian kingdom of Castile rose to such prominent heights and then receded, just as dramatically, from the European stage is surveyed through an examination of the political, social, and, above all, cultural history of Spain in its Golden Age. This course engages especially with the great literature of the Siglo de Oro, and it makes use, whenever possible, of visual sources—such as painting and architecture—with the goal of offering an all-embracing picture of life and culture in early modern Spain.