In the 2022 Samuel and Althea Stroum Lectures in Jewish Studies, Lila Corwin Berman, professor of history at Temple University, will look at “the Jewish Question” — the question of how modern nations incorporate Jews  — in the United States, exploring the shifting nature of American Jews’ citizenship and civic status across U.S. history.

*View the event livestream on this page below.*

Lecture 2. Belonging in Question: Jews in the American Civic and Legal Imagination

Ask questions for the Q&A at slido.com/stroum during the lecture.

The livestream will be presented with live captions.
View captions with less delay: StreamText viewer

“Belonging in Question” Description. Although historians have long claimed that Jews in the United States faced few civic or legal impediments, Berman argues that this presumption has been more grounded in faith in liberalism than in fact. Instead, by examining a variety of legal cases, she shows how Jews were visible — and differentiated — within American law over the course of U.S. history. Returning to the “Jewish Question,” Berman concludes that it is impossible to understand American Jewish history without viewing it through the lens of a Jewish Question that positions Jews in relation to other groups that have been “in question” in the United States.

Lecture 1. Does the United States Have a Jewish Question?


In the United States, there is no “Jewish Question” — such is the foundational claim of American Jewish history. An entire field of study is premised on the assumption American Jews gained full legal recognition as individuals, becoming liberal subjects like any other, free to exercise the full rights and protections of citizenship. Yet as Berman argues in these two lectures, this foundational claim has been more a matter of faith and aspiration than fact.

By exploring the history of Jews’ legal personhood in the United States, from their citizenship and civil status to the collective categories into which courts attempted to slot them, Berman exposes a persistent, if changing, “Jewish Question.” As such, she suggests that a better foundation for American Jewish history would be the recognition of the Jewish Question as among the foundational elements — and flaws — of American liberalism.

Register for the 2022 Stroum Lectures > 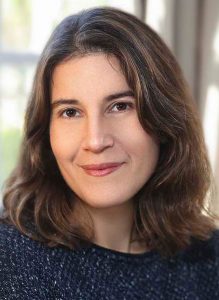 Lila Corwin Berman is Professor of History at Temple University, where she holds the Murray Friedman Chair of American Jewish History and directs the Feinstein Center for American Jewish History. She received her B.A. from Amherst College and her Ph.D. from Yale. Berman is author of “The American Jewish Philanthropic Complex: The History of a Multibillion Dollar Institution” (Princeton, 2020), as well as “Metropolitan Jews: Politics, Race, and Religion in Postwar Detroit” (Chicago, 2015) and “Speaking of Jews: Rabbis, Intellectuals, and the Creation of an American Public Identity” (California, 2009). Her articles have appeared in several scholarly journals, and she has also written guest columns for the Washington Post, the Forward, and the Jewish Week. She serves as the chair of the Academic Council of the American Jewish Historical Society.