A Sephardic Lighthouse:
Albert Levy & the Sephardic Jewish Journey
3. From Salonica to America 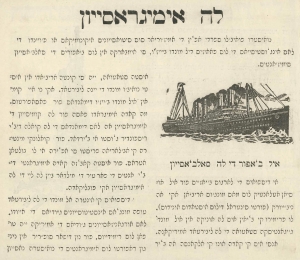 According to Levy, America represented “the land of rest and security” for Salonican Jews and the destination of choice for hopeful immigrants in the early twentieth century. Levy’s newspaper back in Salonica, El Liberal, portrayed New York as “the most important Jewish center in the world,” for it offered a safe home for Jews. Levy viewed the United States, more generally, as a “country of opportunities,” where, through hard work, Jews could again flourish. Read Albert Levy’s El Liberal article about New York. 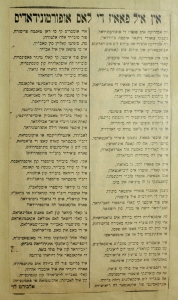 Albert Levy’s writing: “In the Land of Opportunities”

Such a refuge and land of opportunities became of great significance for Jews in Salonica as a result of the major political changes brought about by a series of wars during the early twentieth century. Due to the Balkan Wars (1912-1913), Greece captured Salonica from the Ottoman Empire, thereby bringing to an end more than four centuries of the sultan’s rule over this port city. A Ladino newspaper in New York, called La America, feared that the Greeks coming to power in Salonica made conditions difficult for the city’s Jews and contributed to the growth of antisemitism that propelled some Jews to emigrate. As Ladino-speaking Jews in a predominantly Greek-speaking Greek Orthodox Christian country, Salonica’s Jews increasingly experienced a sense of alienation from their city of birth. 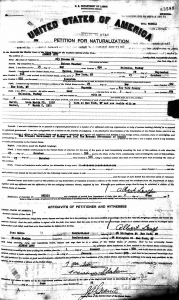 Not only was their culture and socioeconomic status in danger, but the Jews also began to fear for their safety when the Greek government began to conscript them into the army during World War I. Albert Levy recalled in an article he published in another New York Ladino newspaper, La Epoka de New York (1919), that the desire to evade military conscription led many Salonican Jewish men to leave the city—himself, it can be surmised, among them. The Greek government began inducting Jewish recruits into the army in 1916—the same year that Albert Levy fled the country. Young Jewish men like Levy sought passage out of Salonica with the hope of reaching the shores of the United States. A massive fire in the center of Salonica in 1917 that left fifty of the city’s seventy thousand Jews homeless sparked further emigration and contributed, so Jewish leaders feared, to the decrease in the status of the “Jerusalem of the Balkans”. 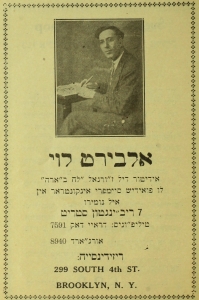 Albert Levy and his wife Lucy numbered among the nearly fifty thousand Jews from the former Ottoman Empire—especially Greece and Turkey—who immigrated to America during the early twentieth century. According to his petition for naturalization in the United States filed in 1925, Albert Levy, a “Hebrew teacher,” arrived in New York, via Patras, Greece, in October 1916. Due to the confusing status of Salonica as it transitioned from Ottoman to Greek control, Levy, in order to become an American citizen, was forced to renounce his allegiance to “the present government of Turkey and (or) the present government of Greece.” Once in the United States, Levy took up residence on Broome Street, on the Lower East Side, which became a hub of Jewish life, including among Sephardic Jews. There, on the Lower East Side, Albert and Lucy would have their children: David (b. 1918), Rachel (b. 1922), and Jenny (b. 1928). And there, to the Lower East Side (and later, briefly, to Brooklyn), Albert transplanted his love of journalism, devotion to education, and dedication to Jewish causes as he sought to contribute to the social and intellectual betterment of his fellow Sephardic immigrants.

< 2. The Levy Family in Salonica & A Legacy of Notebooks 4. The Making of the Sephardic Brotherhood of America >