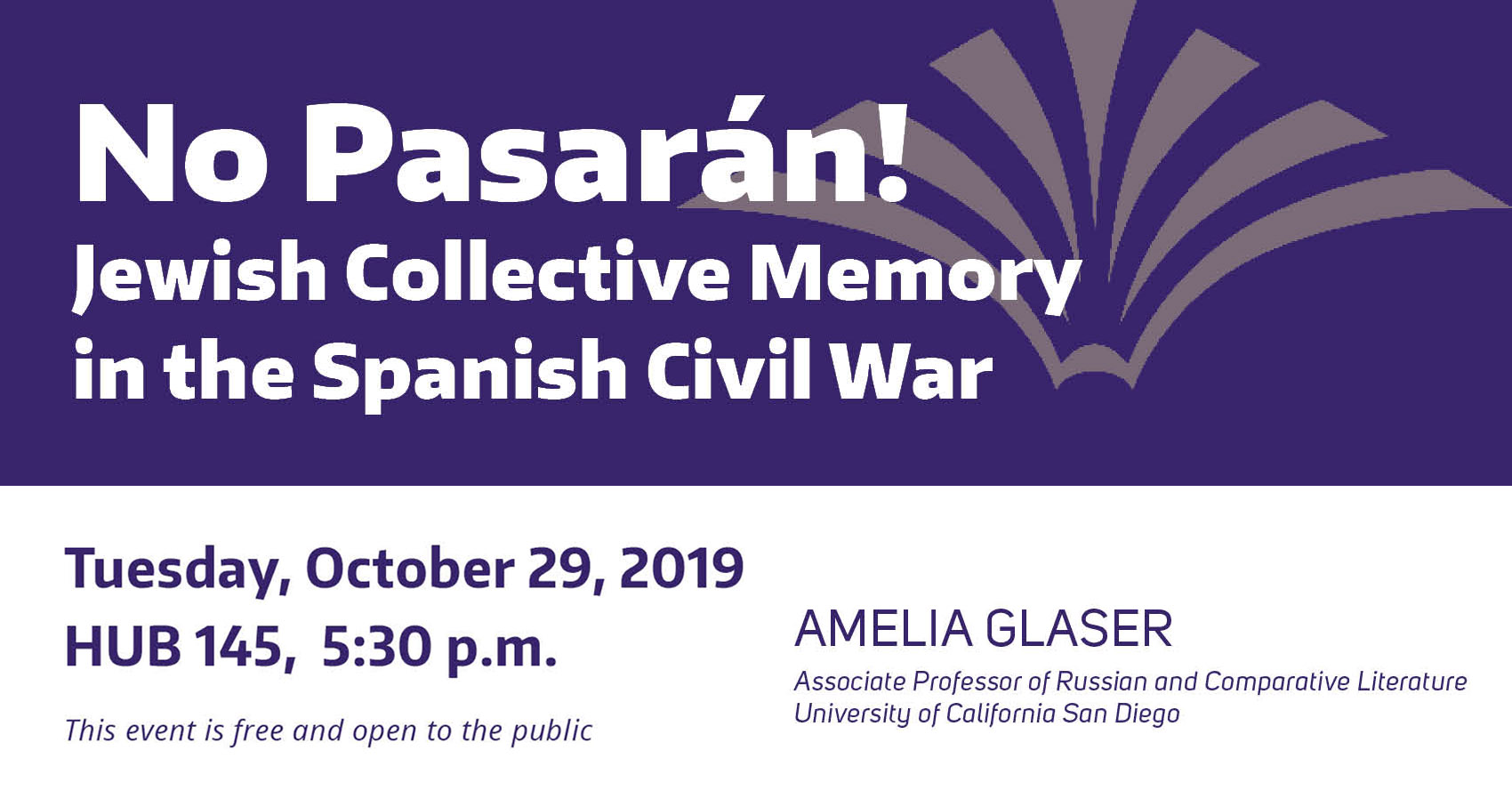 Dr. Amelia Glaser of the University of California, San Diego, will speak about how three Jewish poets who wrote in Yiddish, Soviet Peretz Markish, American Aaron Kurtz, and Mexican poet Jacobo Glantz, addressed the fight against fascism in 1930s Spain, the massive participation by international volunteer soldiers, including many Jews, and the long, troubled history of Jews in Spain.

“I am yet again your guest!,” wrote the Soviet Yiddish poet Peretz Markish in his 1936 poem, Spain, “The honor makes me sad!” The Spanish Civil War (1936-1938) united the anti-fascist left around the world. Jewish leftists, in particular, took the rallying cry of “No Pasarán” (“They must not pass”) to signify not only the necessity of the Spanish struggle against the monarchists, but a united struggle against Hitler, Franco, and Mussolini. 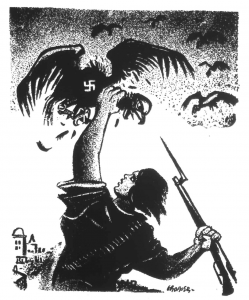 The Soviet journalist Melech Epstein went so far as to declare that “No ethnic group in Europe or the United States was so deeply touched by the Spanish civil war as was the Jewish …”Although many antifascists across ethnic groups traveled to Spain to join the war effort, others fought on a literary front. This lecture will present and analyze three book-length poetic cycles about Spain in Yiddish, by the Soviet poet Peretz Markish, the American poet Aaron Kurtz, and the Mexican poet Jacobo Glantz. Markish, Kurtz, and Glantz merge collective Jewish memory of the Spanish Inquisition with descriptions of the Spanish Civil War to yield visions of a collective future for Spain that Jews were participating in creating. As these works help to demonstrate, the Spanish Civil War can be considered the beginning of a decade-long international struggle against the rising threat of fascism.

Amelia Glaser is Associate Professor of Russian and Comparative Literature at UC San Diego, where she also directs both the Russian, East European, and Eurasian Studies Program and the Jewish Studies Program. She is the author of Jews and Ukrainians in Russia’s Literary Borderlands (Northwestern U.P., 2012), the translator of Proletpen: America’s Rebel Yiddish Poets (U Wisconsin Press, 2005), and the editor of Stories of Khmelnytsky: Competing Literary Legacies of the 1648 Ukrainian Cossack Uprising (Stanford U.P., 2015). Her co-edited anthology, with Steven Lee, Comintern Aesthetics, is forthcoming next year with U. Toronto Press. She is currently completing her second monograph, provisionally titled Passwords: Yiddish Poetry in the Age of Internationalism.

This event is cosponsored by the departments of Spanish and Portuguese, Slavic Languages and Literatures, & the Translation Studies Hub initiative at the Simpson Center for the Humanities.