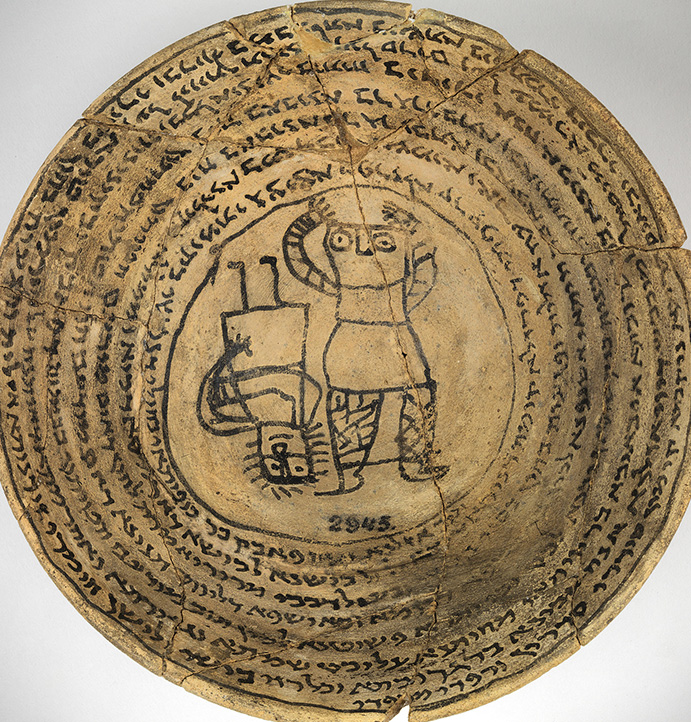 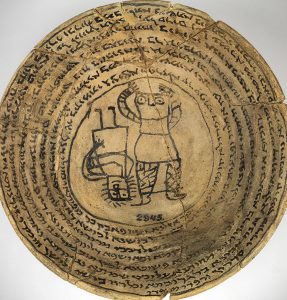 Ancient magical artifact (a bowl) depicting demons, ringed with Aramaic. Found in Iraq. From the University of Pennsylvania Museum *collection.

*ROOM CHANGE! By popular demand, we’ve moved this event to a larger space: Room 220 in the Odegaard Undergraduate Library*

NOTE: If the event sells out, we still encourage you to come. Seats typically open up, though we can’t guarantee seating.

What is magic? What is Jewish magic? Who are the witches that the rabbis worry about?

In this talk, Prof. Ahuvia will share evidence from her recent and forthcoming publications about Jewish engagement with magic, angels, and demons in the ancient world. She will discuss how practices we might deem “magical” have influenced Jewish rituals, liturgy, and beliefs to this day.

To whet your appetite: According to scholar B. Barry Levy, the ancient magical artifact at the right “was prepared to protect Abuna bar Geribta and Ibba bar Zawithai from a series of evil forces. Its writer drew his power from the garment of Hermes and the Creator of heaven and earth. He threatened the destructive forces with the curses of the Leviathan and Sodom and Gemorrah.” 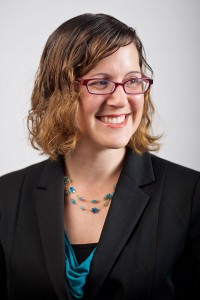 Mika Ahuvia was born in Kibbutz Beit Hashita in northern Israel. She researches the formative history of Jewish and Christian communities in the ancient Mediterranean world. Specializing in Late Antique Jewish history, she works with Rabbinic sources, liturgical poetry, magical texts, early mystical literature, and archaeological evidence. Her dissertation was on angels in Jewish texts from the fourth to eighth century CE.

Ahuvia is fascinated by the daily life of ancient Jews and investigates the different ways they struck a balance between their local religious environment (whether Roman, Christian, or Zoroastrian) and biblical, rabbinic, and other Jewish traditions.

She co-authored an article with John Gager on the portrayal of Mary the mother of Jesus in the Toledot Yeshu, an early medieval Jewish satire of Jesus’ life as recorded by the gospels. There she paid careful attention to the sympathy shown to Mary in the Jewish sources and how it might reflect broader Jewish interest in the figure of a messianic mother. In another article in a volume on Jewish and Christian Cosmogony in Late Antiquity, Ahuvia analyzed depictions of the abyss in late antique church mosaics in the Transjordan region and the Near Eastern, Greco-Roman, as well as Jewish and Christian sources that may have inspired emphasis on this abstract concept.