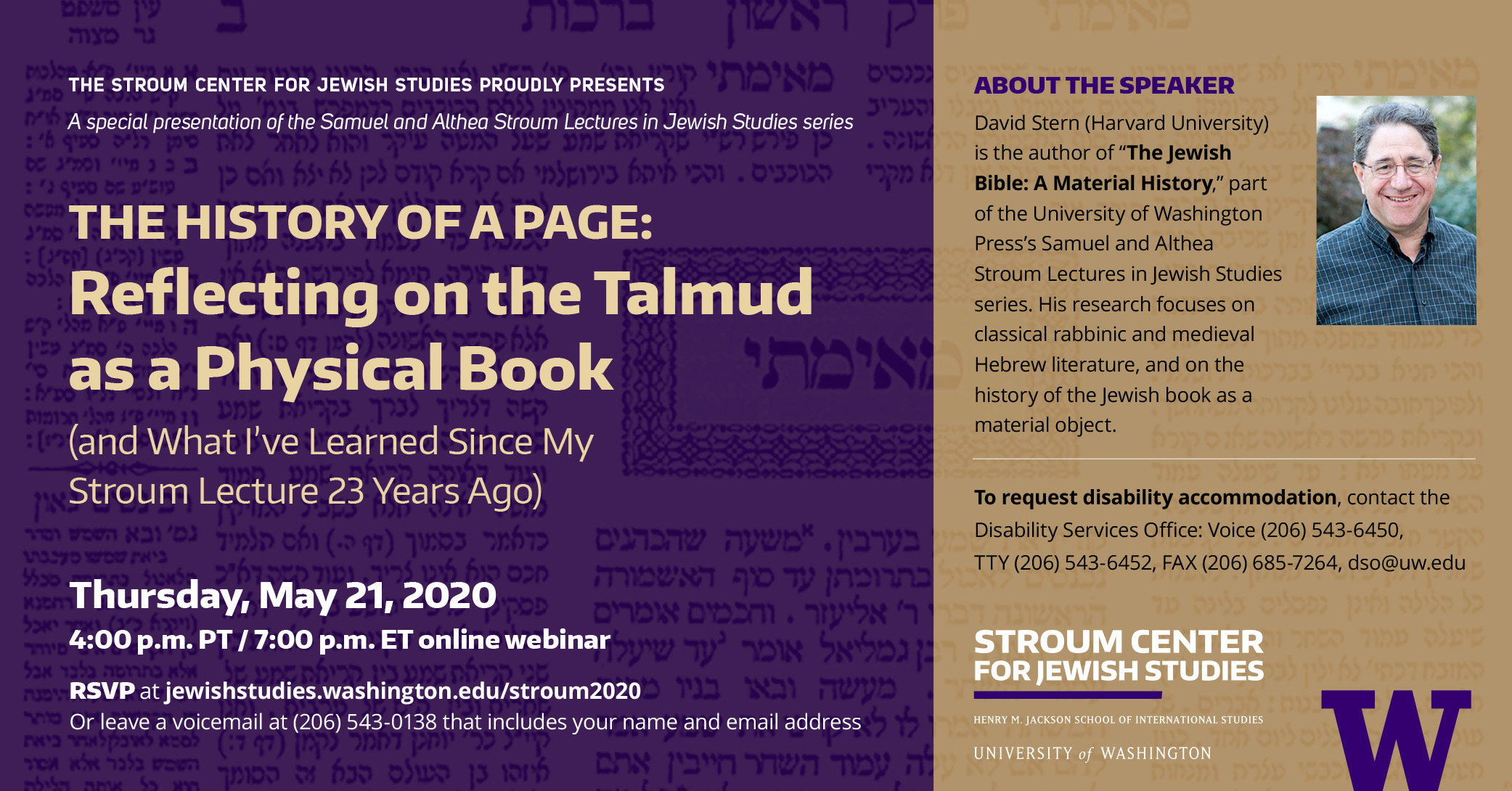 VIDEO | The History of a Page: Reflecting on the Talmud as a Physical Book (and What I’ve Learned Since My Stroum Lecture 23 Years Ago)

Dr. David Stern of Harvard University will discuss what he’s learned about the Talmud — a carefully curated collection of thousands of years’ worth of rabbinic commentaries on Jewish law and the Jewish Bible — and its shifting form over time, based on research related to his recently published book, “The Jewish Bible: A Material History,” part of the University of Washington Press’s Samuel and Althea Stroum Lectures in Jewish Studies series.

A page from the Talmud, with commentary and notes surrounding central text. Example from YUTorah Online, a project of Yeshiva University’s Center for the Jewish Future.

The layout of the Talmudic page, with its text in the center surrounded by a sea of commentaries, is the iconic page format of the Jewish book. Where does this page layout come from, and what is its history? What impact has it had on the reception of the Talmud, and the way the Talmud has been studied over the centuries?

In this special online presentation, Stern will reflect on what he’s learned about the Talmud and its physical form in the years since his original Stroum Lecture in Jewish Studies in 1997 — and will discuss how the physicality and formatting of books can profoundly impact the way we read and interpret them. 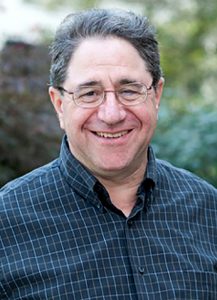 David Stern is the Harry Starr Professor of Classical and Modern Jewish and Hebrew Literature and Professor of Comparative Literature and the Director of the Center for Jewish Studies at Harvard University. He has been the recipient of many fellowships and awards, including a junior fellowship in Harvard’s Society of Fellows and a fellowship at the Radcliffe Institute.

The main topic of Stern’s scholarship is the nature of Jewish literary creativity within its larger historical and cultural contexts, and he has written articles, essays, and books on virtually every period of Jewish literary history from the early post-Biblical to the contemporary.

His work has primarily focused on two areas. The first of these is classical rabbinic and medieval Hebrew literature, with a special interest in biblical interpretation (Rabbinic midrash in particular) and its intersection with contemporary literary theory. The second field is the history of the Jewish book as a material object, and specifically the histories of the four classics works of Jewish literary and religious tradition: the Hebrew Bible, the Babylonian Talmud, the prayerbook, and the Passover Haggadah.