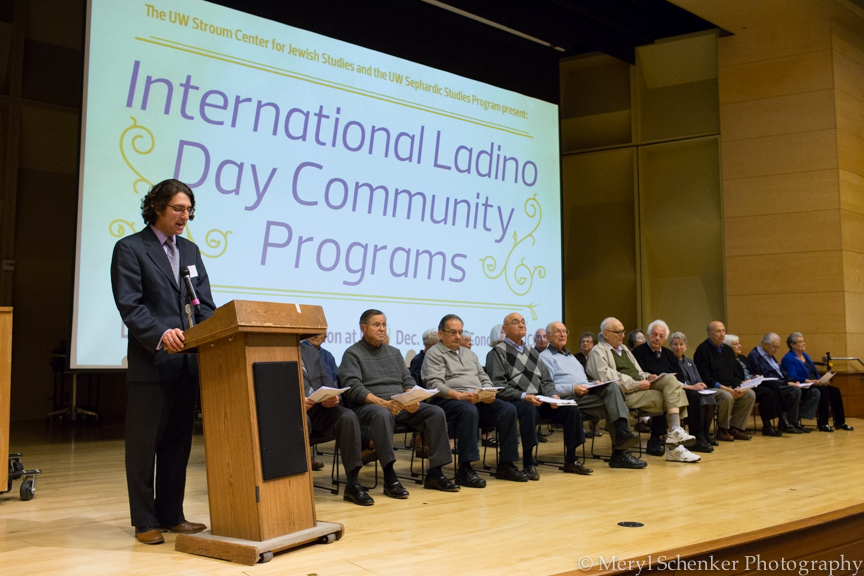 In 1978, the acclaimed film Song of the Sephardi by David Raphael premiered in Seattle. The director decided to set the film—and premiere it—in Seattle because he wanted to capture the dynamic Sephardic culture, religion, and the Ladino language in all of its richness, and recognized Seattle as one of the best places to do so. Nearly forty years later, in honor of the Fourth International Ladino Day, we will revisit the film, reflect on the snapshot of Sephardic culture it captured, and follow the protagonists and the families featured in the film: Where are they now? And what is the present status of Sephardic culture and community in Seattle? Are there more verses to the Song of the Sephardi yet to be composed?

After a brief screening of excerpts from Song of the Sephardi, Prof. Devin E. Naar will moderate a panel of Seattle community members to discuss the past, present, and future of Ladino. The panel participants include: Judith Amiel, Hazzan Isaac (Ike) Azose, David Behar, and Makena Owens.