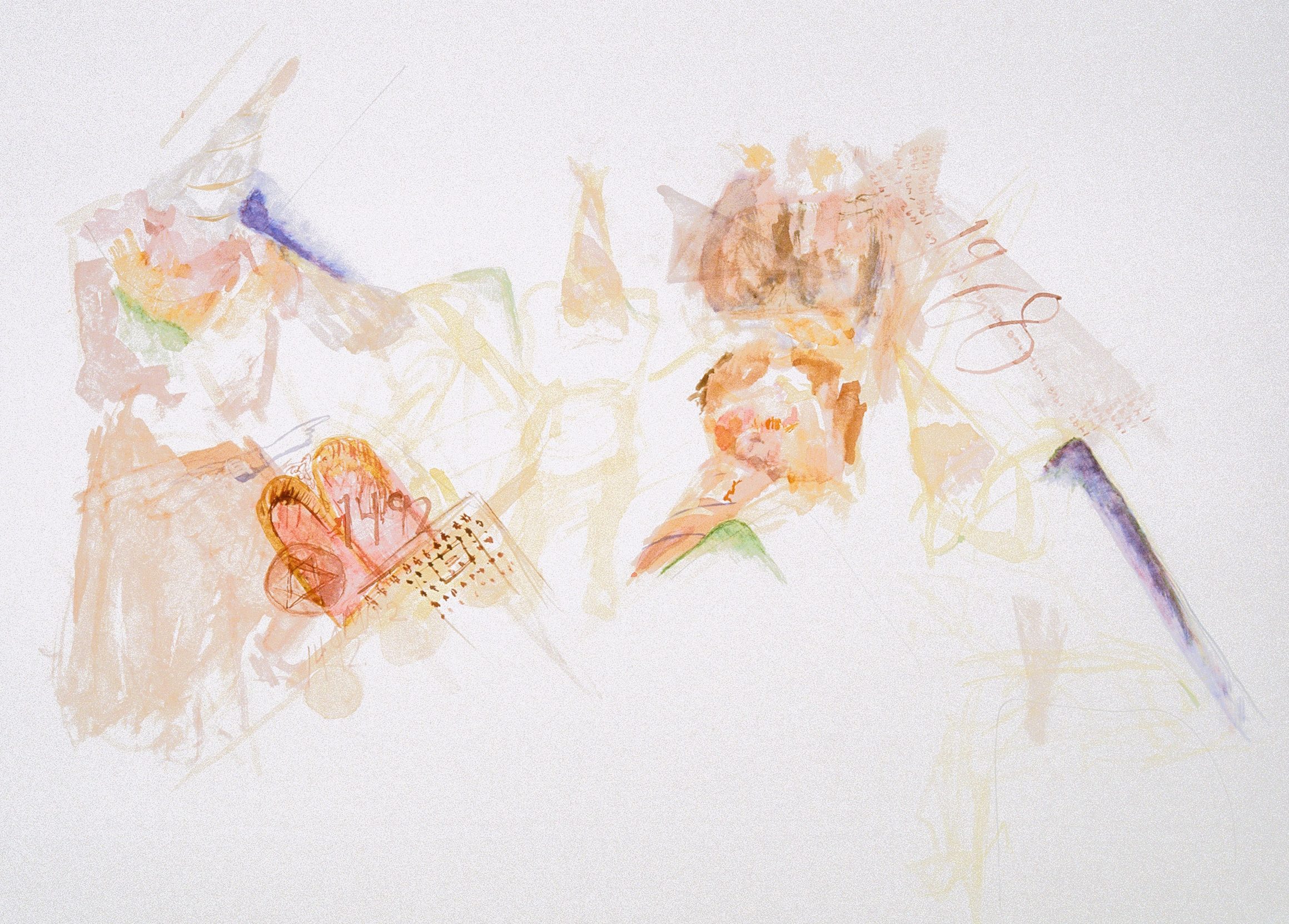 Join us for a showcase of Sephardic art, music, poetry and prose. Muestros Artistas ‘Our Artists’ brings six Sephardic American artists together for the first time in Seattle to share their work with each other, with our community, and to explore what it means to create Sephardic art in the 21st century.

On Tuesday, February 28, the two-day symposium event will culminate in a showcase including Sephardic fare, performances and a panel discussion led by Gabriel Solis, Dean of the School of Art.

The event will be held on the University of Washington’s Seattle campus in the Walker Ames room in Kane Hall, and later in Kane Hall 210. Doors open at 6:30 P.M.

NOTE: Limited seating is available to the public on a first come, first serve basis.

Presented by the Sephardic Studies Program and Stroum Center for Jewish Studies.
Supported by the Hazzan Isaac Azose Fund for Community Engagement in Sephardic Studies.
Co-sponsored by HillelUW and the Division of the Arts at the University of Washington. 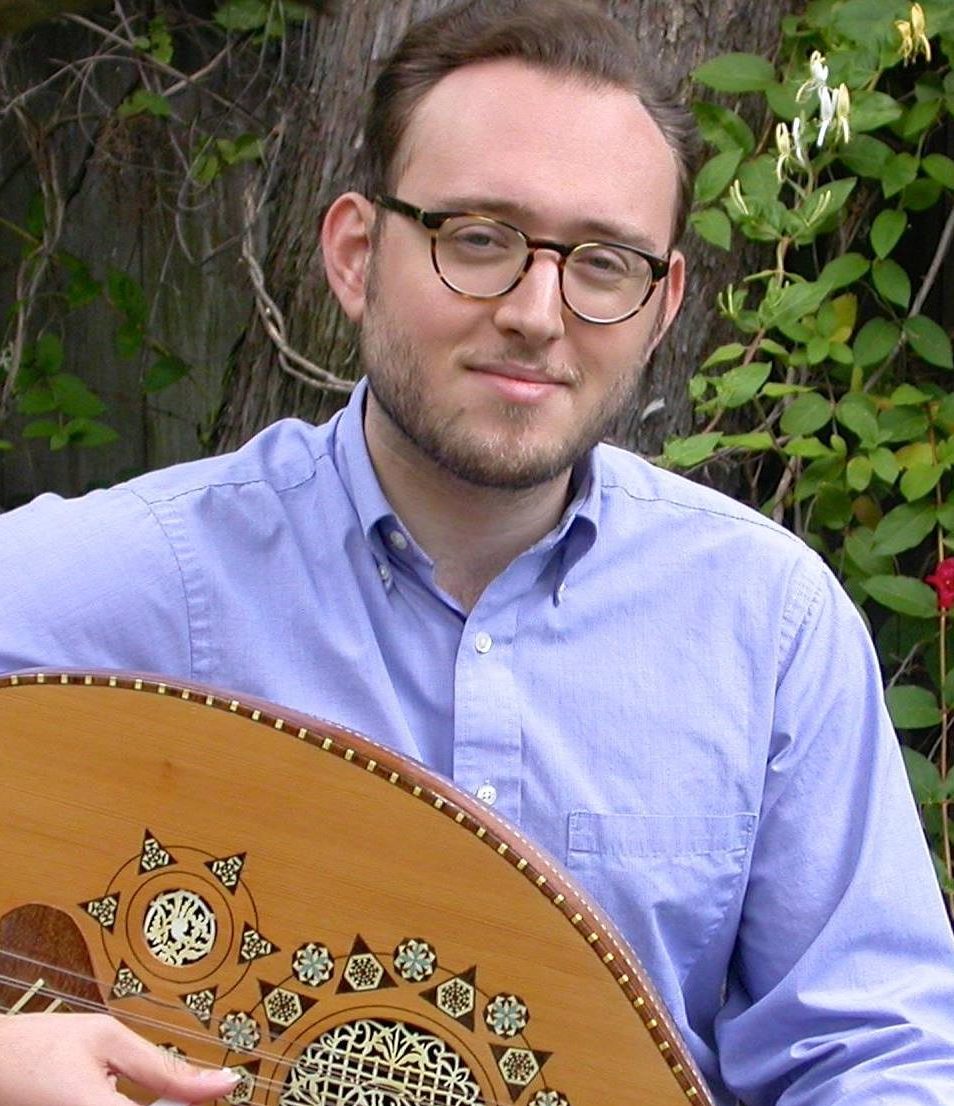 Oudist, vocalist, and multi-instrumentalist Asher Shasho-Levy is a Syrian Jewish musician and scholar of Sephardic heritage and culture, who seeks to spread the beauty of the Sephardic tradition through his writing, recording, research, and concerts. He performs and teaches internationally and is the founder and leader of the Aram Soba Ensemble, a group dedicated to the musical heritage of Syrian Jewry. Studying with elders and scholars in the Sephardic community of Los Angeles, Asher has amassed a large repertoire of liturgical music, secular song in Hebrew and Judeo-Arabic, as well as piyyutim, pizmonim and baqashot, the religious poetry and song of the Jewish Middle East. 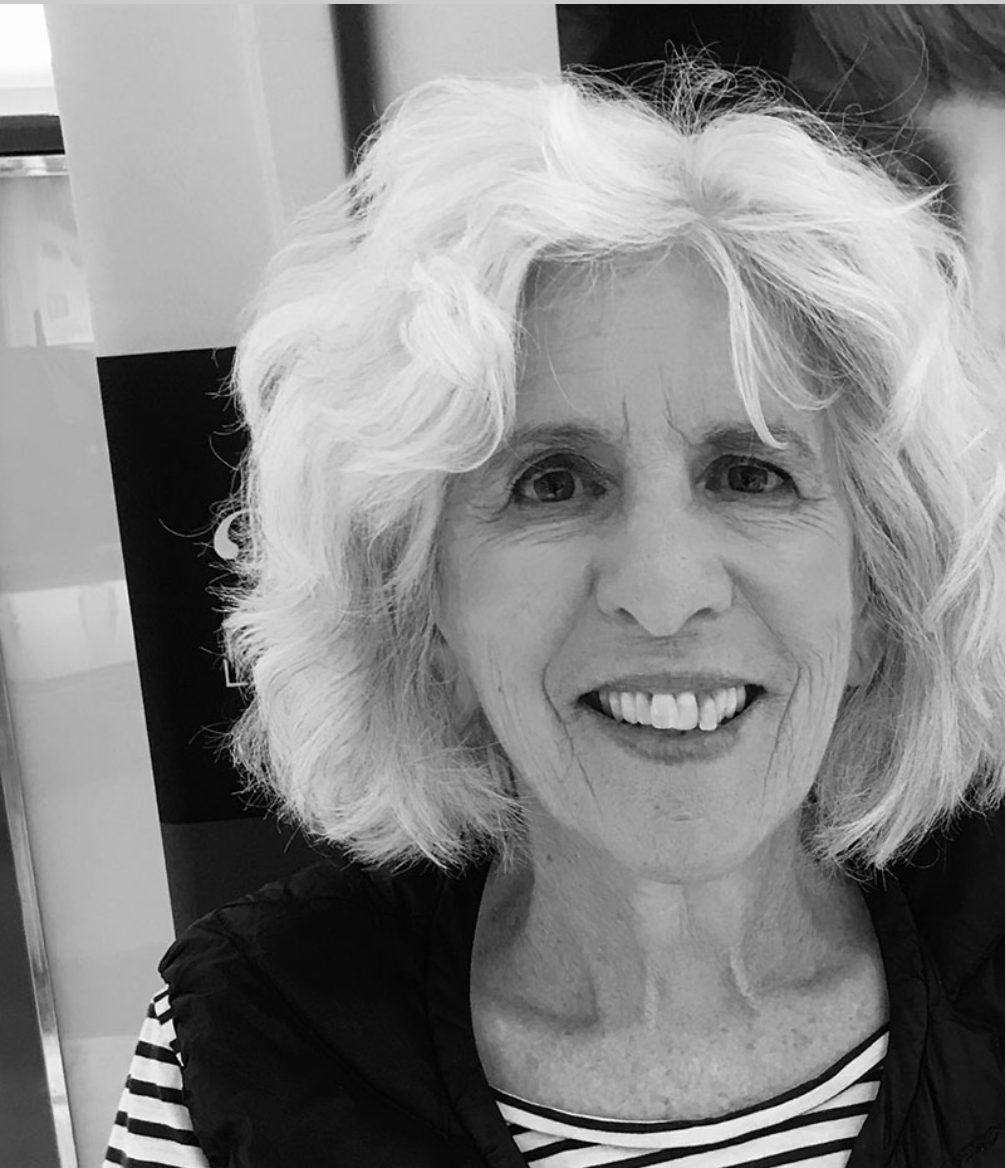 A Personal Odyssey from Maimonides to Benjoya bridges the gap between art and life, the ancestral and the contemporary. Ms. Ellen Benjoya Skotheim’s work combines prints, artist books and textiles to examine her Sephardic family’s history. This Jewish family left Spain during the Spanish Inquisition in 1492 and migrated to the Ottoman Empire where they remained until the beginning of World War I. Then the family emigrated to Cuba, South America and the United States. Using a personal lens, these works focus on a 500 year period of history. 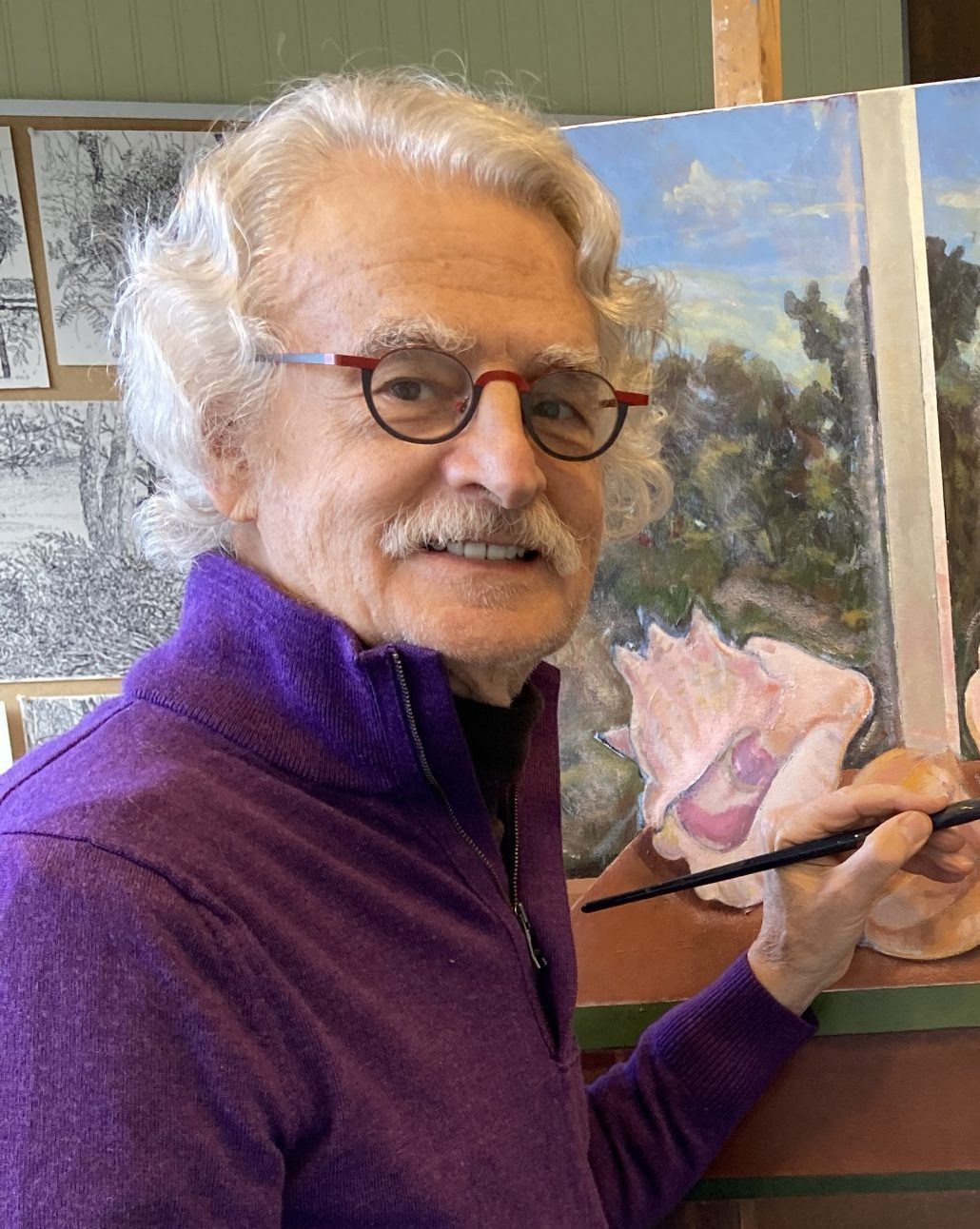 Harry Naar is professor emeritus of Fine Arts at Rider University in Lawrenceville, NJ, where he taught drawing, painting, and art history for nearly forty years. He served as the founder and director of the university’s art gallery and curator of the art collection. Along with curating several hundred exhibitions, Naar has conducted interviews and written and published catalogs on numerous artists. Born in New Brunswick, NJ, he received his BFA from the Philadelphia College of Art (University of the Arts) and his MFA from Indiana University. He also studied in Paris where he met frequently with the figurative painter Jean Hélion. Naar is best known for his still lifes and landscapes, and has exhibited his work in over thirty one-person exhibitions and over a hundred group exhibitions throughout the country, including at the Corcoran Museum (D.C.), the High Museum (Atlanta), the NJ State Museum (Trenton), and abroad, including in Moscow and Havana. His work is also included in numerous public and private art collections, including the American Academy of Arts and Letters which awarded him the Hassam, Speicher, Betts and Symons Fund Purchase Award, Bristol Myers Squibb Co., Vassar College, The New Jersey State Museum, Rutgers University, and Johnson & Johnson. 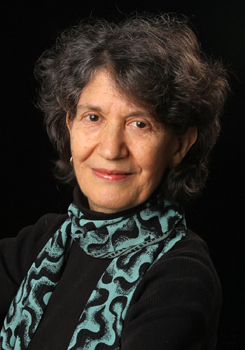 Writer Jane Mushabac’s many awards include fellowships from the National Endowment for the Humanities and the Mellon Foundation. Her work has been performed on National Public Radio, at Jazz at Lincoln Center, and in cities here and abroad; her writing has appeared in periodicals including Jewish Currents, Midstream, Aki Yerushalayim, The Village Voice, AJS Perspectives, Bellevue Literary Review, Sephardic Horizons, and Chautauqua, and has been translated into Russian, German, Bulgarian, Turkish, and Ladino. Her Ladino short stories and other pieces have been published in both Ladino and English.Her novel, His Hundred Years, A Tale, introduces a scrappy Jewish peddler who sells his wares in theOttoman Empire and in New York. Her writing has been called “bold and ambitious” (Sewanee Review). Morris Dickstein praised her novel’s “crisp detail and dappled mosaic”; Ari Goldman said the novel “calls to mind the work of Orhan Pamuk—it’s that good”; Tovah Feldshuh said it’s “rowdy and absorbing.”Since 2018 Dr. Mushabac, Professor emerita of City University of New York, has curated the annual New York Ladino Day at the Center for Jewish History. 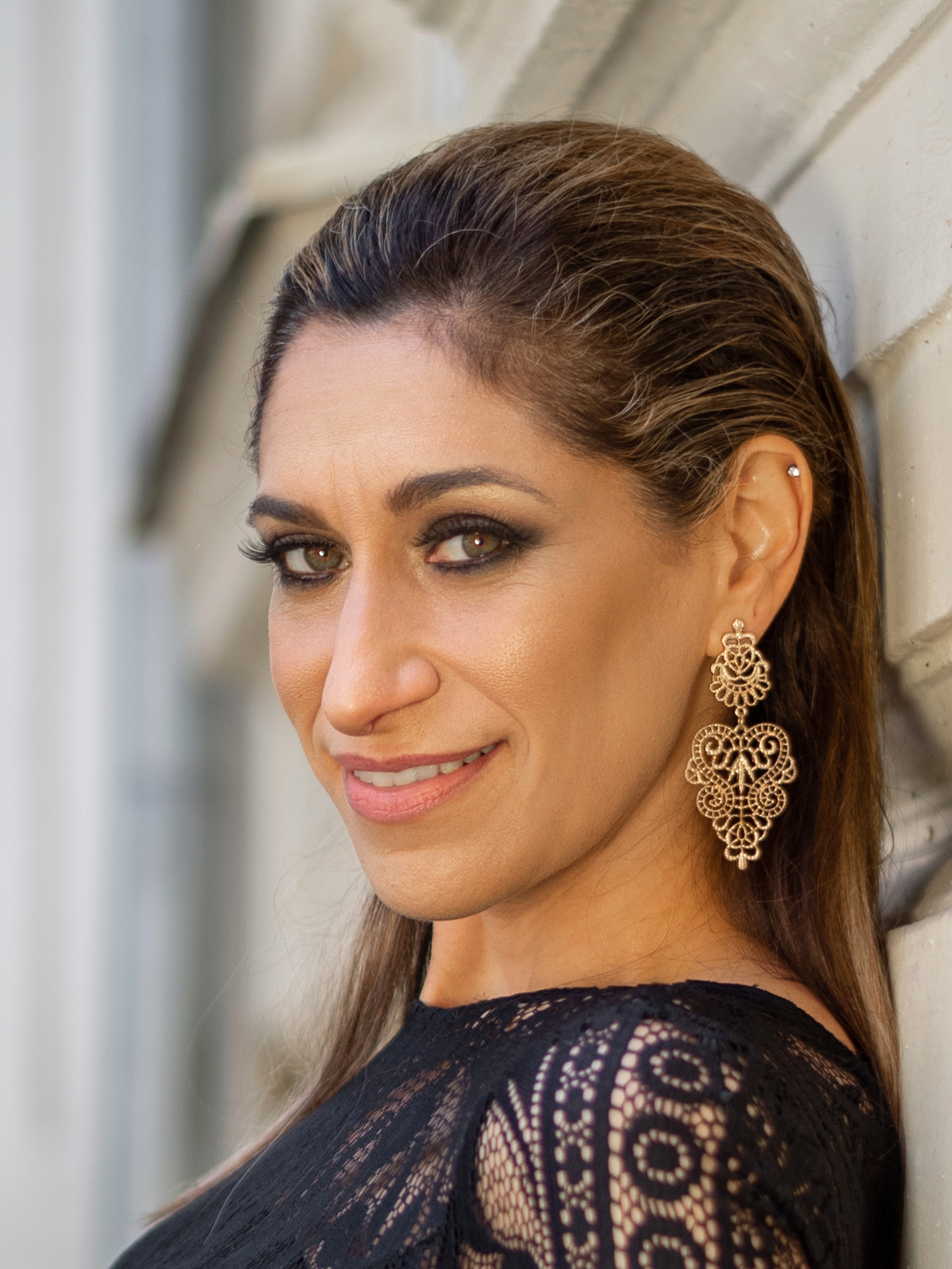 Inspired by her family’s roots in Northern Macedonia and Greece, Sarah Aroeste is determined to bring Sephardic culture to new audiences. Since 2001, Aroeste has toured the globe presenting traditional and original Ladino songs with her unique blend of Balkan sounds, pop, and jazz. She has recorded eight albums, including the all-original Ladino children’s album, Ora de Despertar, the bilingual Ladino/English holiday album Together/Endjuntos, the boundary pushing Gracia, a feminist musical homage to Sephardic heroine Doña Gracia Nasi, and the award-winning Monastir, an international musical tribute to a once thriving Balkan Jewish community. In 2014 she won the Sephardic prize at the International Jewish Music Festival in Amsterdam, and in 2015 she represented the USA in the International Sephardic Music Festival in Córdoba, Spain. Sarah is currently co-directing her newest initiative, Savor: A Sephardic Music & Food Experience, which unites Sephardic song and cuisine in multi-sensory platforms. In addition to composing songs, Sarah has published numerous articles and essays about Sephardic cultural preservation and writes Sephardic themed books for children, including Buen Shabat, Shabbat Shalom (Kar-Ben 2020), and the forthcoming Mazal Bueno (Kar-Ben 2023). 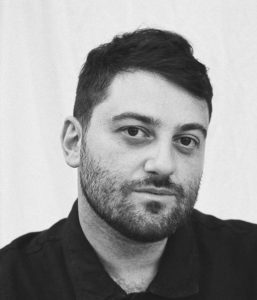 Tom Haviv is a writer, artist, educator, and publisher based in New York. He authored a book of poetry, Flag of No Nation (Jewish Currents, 2019), and the children’s books, Woven (Somewhere, 2018) and The Porcupine Prince (Somewhere, 2023). He is the cofounder and creative director of Ayin Press as well as the founder of the Hamsa Flag Project.