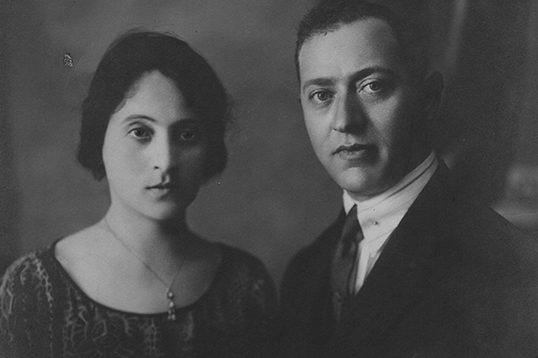 A coastal city renowned for its idyllic beauty, Kastoria was once home to a harmonious and vibrant population of Jews and Christians.

Illuminating the moving, individual stories of the Greek Sephardic families forced from their homes when Nazis took control of the town, this carefully crafted documentary serves as a tribute and reminder of the many displaced communities forced out and afflicted by Nazi occupation.

Using never-before-seen archival footage and interviews with survivors scattered across the diaspora, TREZOROS stitches together a compelling and affecting portrait of a unique and dynamic Jewish community.

The film will be followed by a discussion with Professor Devin Naar of the Stroum Center’s Sephardic Studies Program, director Lawrence Russo, and Larry Confino; then by a post-film Sephardic coffee klatsch (echar lashon) with coffee/tea and biscochos. Included in ticket price.

Learn more about the film, and purchase tickets, at the Seattle Jewish Film Festival website.