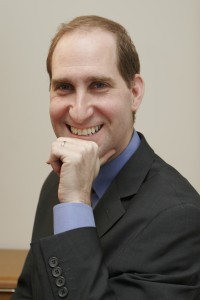 Simon Greer is the incoming President of The Nathan Cummings Foundation, the leading foundation rooted in Jewish tradition and committed to democratic values and social justice, and the outgoing President and CEO of Progressive Jewish Alliance and Jewish Funds for Justice (PJA & JFSJ). During his almost seven year tenure at PJA & JFSJ, Mr. Greer led the organization through a period of dramatic institutional growth, including three mergers, and increased philanthropic impact.   Under his leadership, PJA & JFSJ developed the largest domestic Jewish service learning program in the United States, started four innovative leadership training programs, and moved millions of dollars in low-interest loans to help businesses and homeowners revive the Gulf Coast after Katrina. In 2011 Greer was named to the Forward 50, an annual list of the country’s most influential Jews, in part for the role he played in convincing Fox News to cancel Glenn Beck’s popular daily show.  Before joining PJA & JFSJ, Mr. Greer worked as a labor and community organizer and social change leader for 15 years.

This video, produced by Simon’s former employer, presents the organization’s campaign against Glenn Beck, who personally vilified Greer in the media.

Greer in the Press

Read more about Simon’s critique of Glen Beck from the Washington Post.

Register Now for the Event

The information and videos posted are intended to provide a helpful context for our next conversation. Posting by tthe Jewish Studies Program does not imply that the Program endorses the content.

Want to see more articles like this?  Sign up for our newsletter!
⇒ Learn more about the Stroum Center for Jewish Studies at the University of Washington, our Sephardic Studies Program, or our Israel Studies Program.
Note: The opinions expressed by faculty and students in our publications reflect the views of the individual writer only and not those of the Stroum Center for Jewish Studies.
By Noam Pianko|2017-09-04T22:43:03-07:00January 13th, 2012|Categories: News|Tags: Events, Social Justice|0 Comments