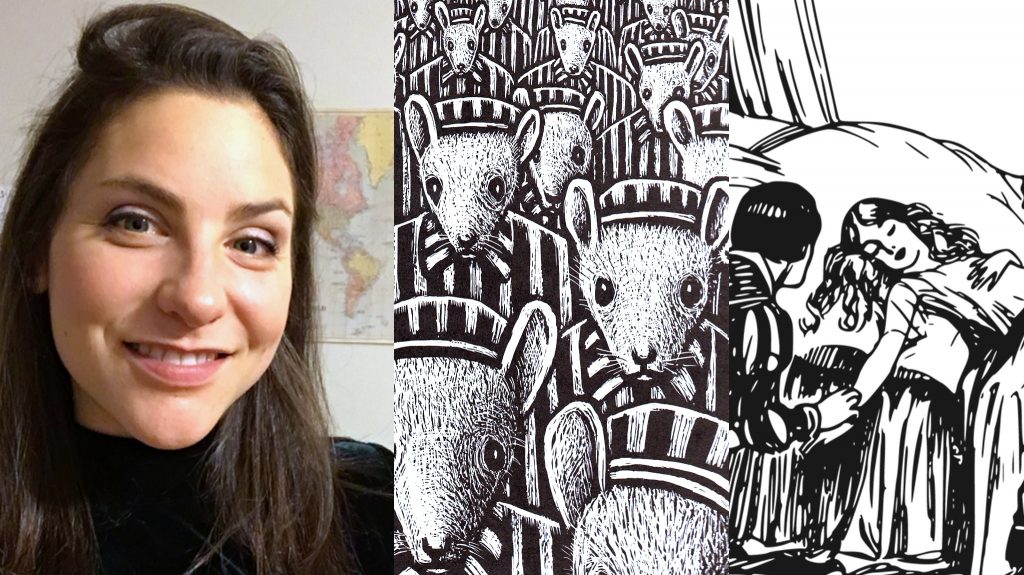 Grace Levy, a panel from Art Spiegelman’s graphic novel “Maus,” and an illustration of Sleeping Beauty

The Excellence in Scholarship Paper Prize is awarded annually by the Stroum Center for Jewish Studies to honor an outstanding undergraduate student paper that critically engages with the central themes, lessons and ideas of the Holocaust.

The paper, titled “Co-Authoring the Holocaust: Intergenerational Construction of Personal Narrative,” explores the challenges and opportunities that children and grandchildren of Holocaust survivors encounter in attempting to retell their parents’ or grandparents’ survival stories, from the perils of mythologizing real-life figures to the possibilities offered by processing second- or third-hand trauma in order to move forward.

Levy writes: “Children and their (grand-)parents see themselves in one another, layering their voices and accruing a palimpsest [series of layers] of meaning. … The survivor has the opportunity for catharsis, or redemption or, more simply but no less crucially, a sympathetic listener. The Second and Third Generation can reclaim that story as their own… writing him- or herself into real time, penning a new chapter. They accept their bittersweet inheritance. They become protagonists of the present.”

Grace Levy graduated from the University of Washington in spring 2020 with a B.A. in Creative Writing and English. Congratulations, Grace!