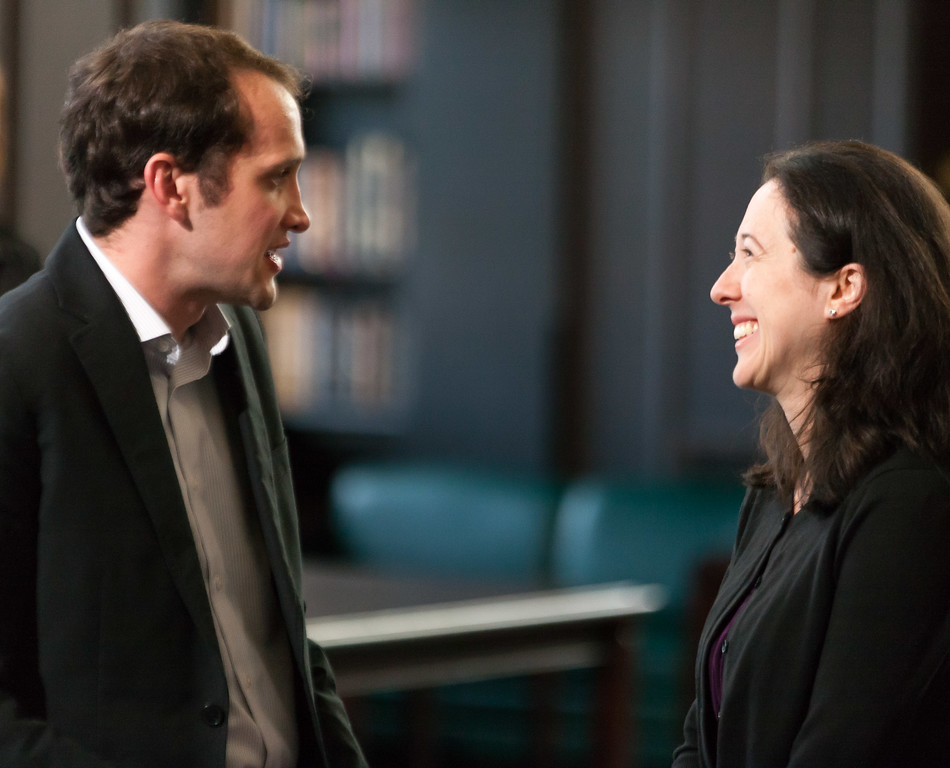 Shawn Laramie enrolled in Introduction to Judaism at the University of Washington because of a personal connection: his maternal grandparents were Jewish, and while he was very proud of that fact, he realized he had much to learn about Judaism. In the course, taught by Professor Noam Pianko, Shawn discovered “tremendous history and depth,” learning about Jewish culture and Judaism in an academic context as well as developing a deeper personal connection to his family’s past.

Shawn’s connection to Jewish Studies at UW was further supported by moments of personal interaction with the Stroum Center. Shawn reflected that in a community of tens of thousands of students, “UW can sometimes feel rather impersonal … that’s why it was such a pleasant surprise when (Director of Student Engagement) Lauren Kurland got in touch with me right after I had registered for a minor in Jewish Studies.” Lauren asked Shawn about his impressions of and experiences in Jewish Studies classes and activities, and sought out his opinions and feedback. Shawn also became an active member of the Jewish Studies Student Advisory Council, where he and fellow members offered input on Jewish Studies curriculum and program ideas. “As an undergrad,” Shawn said, “this was completely new to me; I felt really listened to and that my opinions mattered. As I was to discover, this is emblematic of the program as a whole: it has an extraordinary ethos of providing a voice for its students.”

Shawn graduated UW in the spring of 2016 with a major in International Studies—Comparative Religion, and minors in both Jewish Studies and Near Eastern Languages and Civilization. In August, he left Seattle for New York City, where he matriculated as a first-year law student at Yeshiva University’s Cardozo School of Law. He plans to use his law degree and his passion for social justice to put into action the embodiment of the Jewish community and its history: “a desire to uplift and bring together people from all walks of life towards the common goal of a better world.”