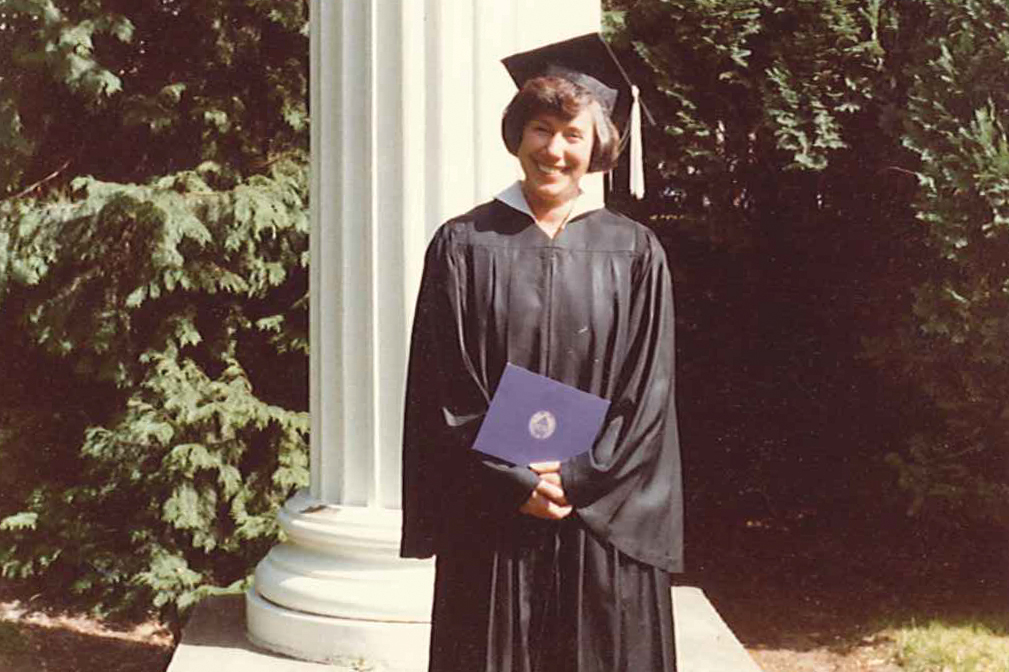 Dorothy Becker at her graduation in 1979. She was in the first class of Jewish Studies majors at UW. 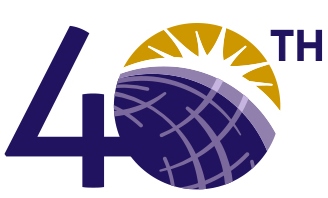 Editor’s note: This year the Stroum Jewish Studies Program is celebrating its 40th anniversary as an academic program at the University of Washington. Throughout the year, we will document key people and turning points in the history of the program. After all, it is thanks to the pioneering work of our faculty, staff, students, and community supporters that we can now celebrate our 40th and look forward to the next 40.

Every year hundreds of students take courses through the Stroum Jewish Studies Program. However, when the program began to offer an official curriculum in the 1970s, there was a much smaller number of students exploring Jewish history, language, and religion at UW. These students were, in their own way, trailblazers in an emerging field that was only about ten years old in the American university scene.

Post-war America saw the rise of academic Jewish Studies programs around the country, as part of a broader expansion of ethnic studies and area studies at liberal-arts campuses. In 1969, the Association for Jewish Studies was founded at Brandeis University as the professional organization for scholars in the new field. It is against this backdrop of increased momentum in the national Jewish Studies movement that we can contextualize the rise of Jewish Studies here in Seattle.

What better way to understand the early history of our program than to speak with the people who made that history? We decided to track down one of the first Jewish Studies majors at UW and see what her experience was like at the very beginning of this new academic venture. As it turns out, Dorothy Becker was not only in the first cohort of Jewish Studies majors to graduate from the UW in 1979, she was also Jewish Studies’ first Program Coordinator, serving officially in that capacity from 1984-1996.

Prof. Bob Stacey, current Dean of the College of Arts and Sciences, was Chair of the Jewish Studies Program when Mrs. Becker retired in 1996. He declared in his congratulatory remarks that “in the eyes of many people inside and outside the University, Dorothy Becker is the UW Jewish Studies Program.”

Q. When did you start taking classes at UW?

A. I graduated high school in 1948 and was accepted into the UW. Back then I was a home economics major. I did two years of coursework, but left the university when I got married. Years later, my daughter Arlene had Deborah Lipstadt as a Prof. at the UW. She said, “Mom, you have to take classes with her!” So I went back to school and started taking Jewish Studies courses in the late ’70s. I got a degree in General Studies in 1979 with a major in Jewish Studies; I was one of the first students to graduate with this major.

Q. Deborah Lipstadt’s years here (1974-1979) are considered pivotal in the history of Jewish Studies at UW. What was your experience studying with her? What other coursework did you take as part of your JS degree?

A. We were very pleased and excited to be part of Jewish Studies when Prof. Lipstadt was here. My daughter and I, along with Cindy Fein Straus, were some of Deborah’s research assistants for her book Beyond Belief: The American Press and the Coming of the Holocaust, 1933-1945. We spent hours looking at microfilms in the library. We were very close to Deborah. She used to join us at our house for meals during the holidays!

[Editor’s Note: Prof. Lipstadt will be the featured speaker at our 40th Anniversary Spring Gala on May 13th; click here for more info.]

I also really enjoyed taking the history of the Jews of Spain with Joan Ullman, and I look two years of Hebrew.

Q. It seems like a lot of momentum gathered in the 1980s and early 1990s as Samuel and Althea Stroum established core aspects of the program. How did you begin your work as Program Coordinator for Jewish Studies, and what did that work involve?

A. What the Stroums were doing was all new! When they started funding the visiting Stroum Prof.s, there were all kinds of things that had to be done. So while I was still a student, they made me the “student representative” on the Jewish Studies faculty. I attended faculty meetings and organized a lot of the details for the lecturers’ visits — found their apartments, rental cars, etc. When the visiting lecturers were here, I would show them around the region and take them on ferry rides out to Whidbey Island. Sometimes I even hosted the Cole Fellows in my house if they needed a place to stay.

My role started out as a volunteer position. Then Prof. Joel Migdal helped to set me up with a part-time job. This eventually turned into the Program Coordinator position that I held from 1984 until 1996.

A. Shmuel Eisenstadt, a sociologist from the Hebrew University in Jerusalem, was one of the first visiting Stroum Prof.s. He was here from 1985-1986. He got to campus and wanted something called “bitnet” [a network allowing electronic transfer of files between academic institutions — a forerunner of today’s internet]. I didn’t know what “bitnet” was! I called up the computer person, who arranged it so that our Stroum Prof. was one of the first people on the whole UW campus to get the internet.

Q. When you retired in 1996, Bob Stacey said: “…through all the changes of chairs, and faculty, and students, Dorothy Becker has been here, at the heart of the University of Washington Jewish Studies Program.” How do you feel to have been involved in the program at such a formative time?

A. It was very exciting. I loved every minute of it, and I made a lot of lasting friendships.

Do you have a story to share about your connection to Jewish Studies at UW? Drop us an email at jewishst@uw.edu for your chance to be featured in one of our Personal History columns!”

Want to see more articles like this?  Sign up for our newsletter!
⇒ Learn more about the Stroum Center for Jewish Studies at the University of Washington, our Sephardic Studies Program, or our Israel Studies Program.
Note: The opinions expressed by faculty and students in our publications reflect the views of the individual writer only and not those of the Stroum Center for Jewish Studies.
By Hannah Pressman|2017-09-04T22:42:27-07:00October 21st, 2013|Categories: Personal History|Tags: 40th Anniversary, Deborah Lipstadt, Jewish Studies, Personal History|0 Comments