Before Sephardic studies became a legitimate field of its own, those who wanted to pursue Ladino in an academic context often turned to studying Spanish. Such was the case with David Romey, a United States Army sharpshooter who became a prominent Spanish and Ladino linguist. Romey was born in Seattle in 1920 to Marco and Sultana Romey, who were from Tekirdağ and Marmara, respectively. After his honorable discharge from the military in 1946, Romey enrolled at the University of Washington and completed his master’s thesis on Ladino proverbs, sayings, and folktales.

After earning his PhD in Spanish Language and Literature, Romey served as a Spanish language professor at Portland State University, among another colleges. His valuable contributions to the field of Sephardic studies include his corpus of 305 Ladino proverbs translated and re-published as “The Ubiquitous Sephardic Proverb” by his nephew, Rabbi Marc D. Angel. Romey’s collection has been generously shared with the Sephardic Studies Program by David and Joy Maimon.

To read one of Romey’s talks at a 1985 conference, titled “Judeo-Spanish As A Language of Communication, Folklore And Cultural Identity,” click here. 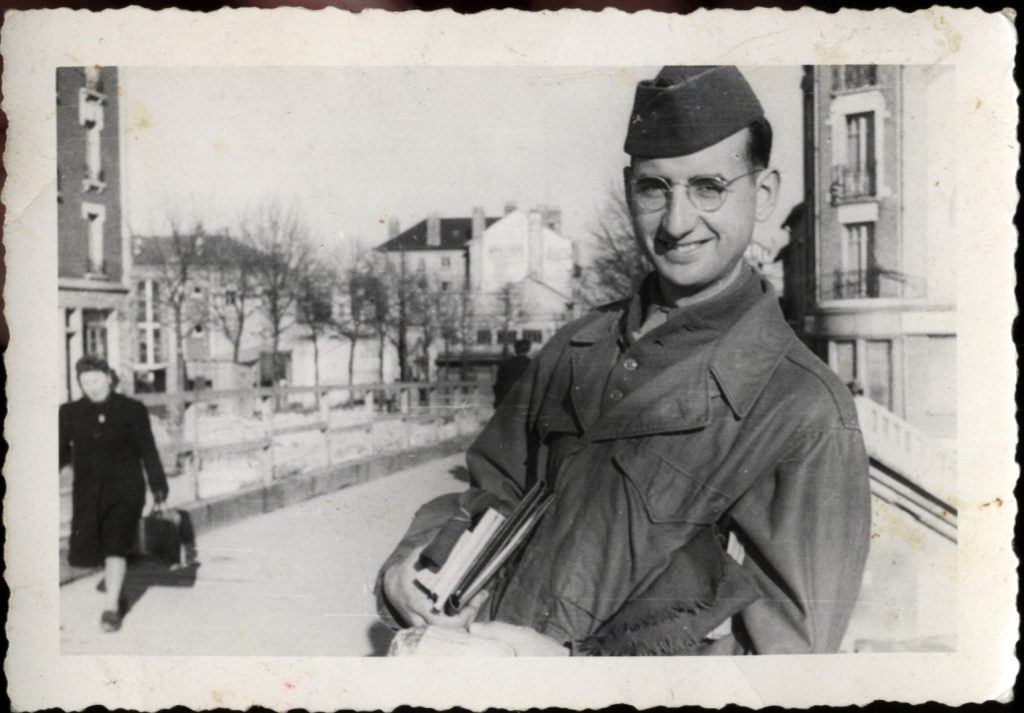 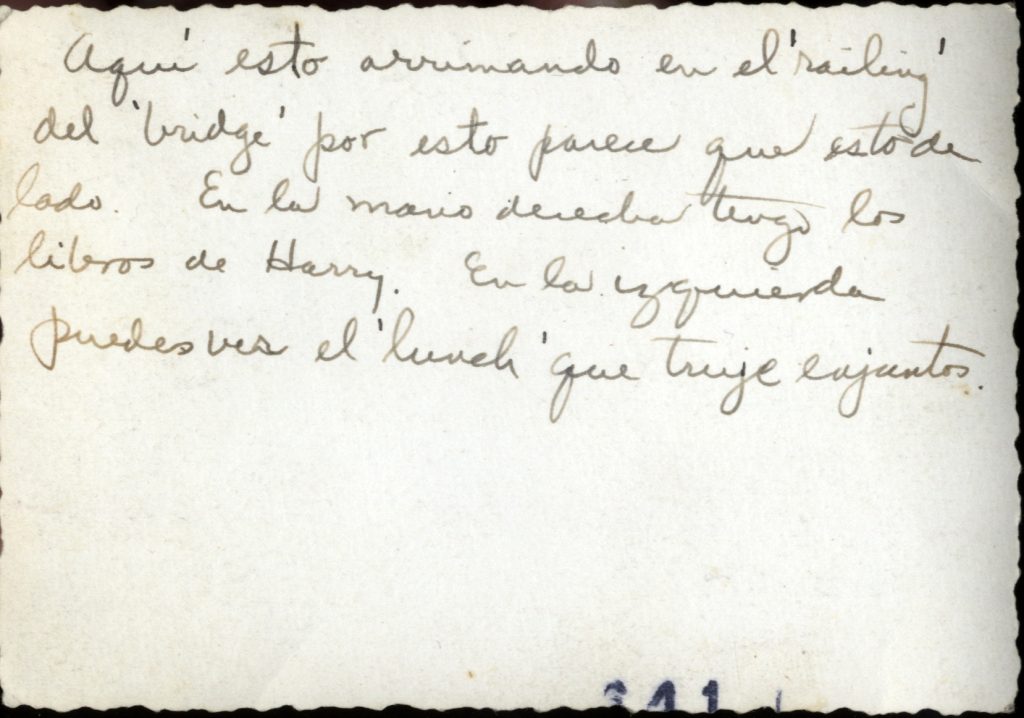 Photo of Romey from his personal scrapbook that captures his U.S. military service during World War II. His Ladino inscription on the back of the photograph reveals the imprint of modern Spanish and includes several English words — “railway,” “bridge,” and “lunch” — in quotation marks. (ST00678, courtesy David and Joy Maimon) 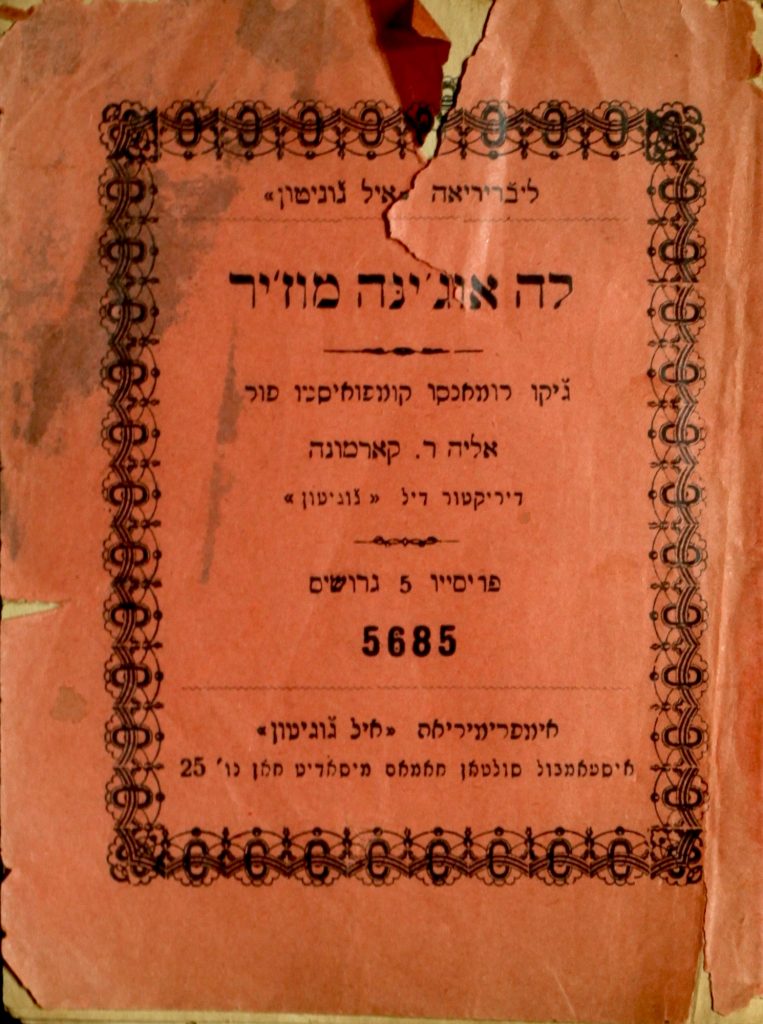 Cover of “La ochena mujer” (“The Eighth Wife”), a novella published in Istanbul in 1924 by Elia Karmona, one of the most prolific authors of Ladino fiction. (ST00711, courtesy David and Joy Maimon) 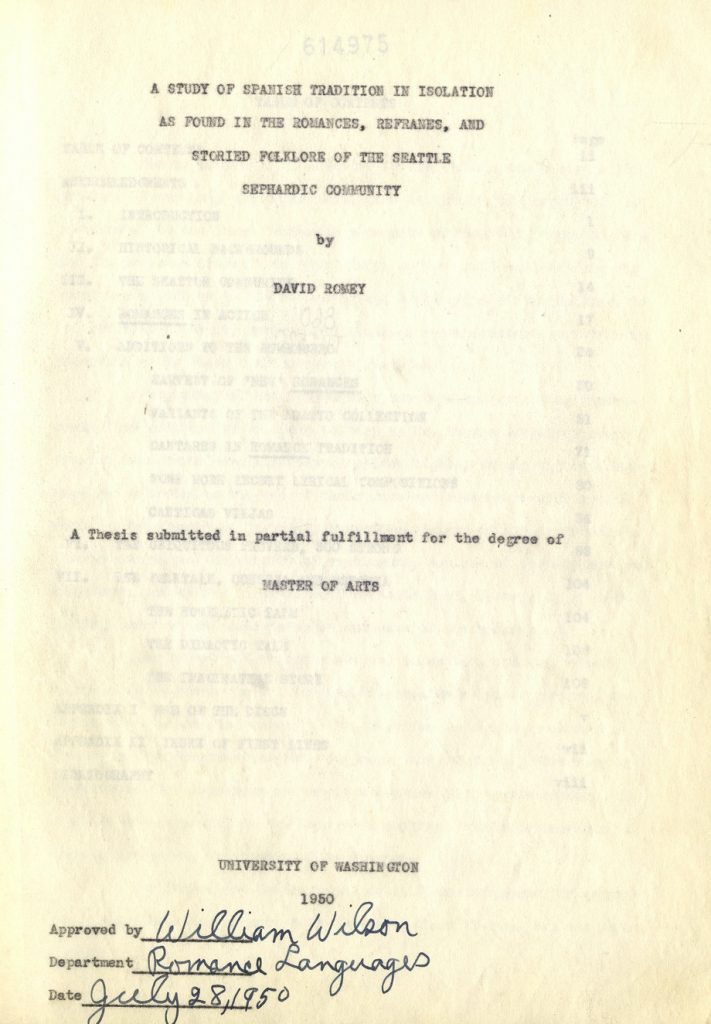 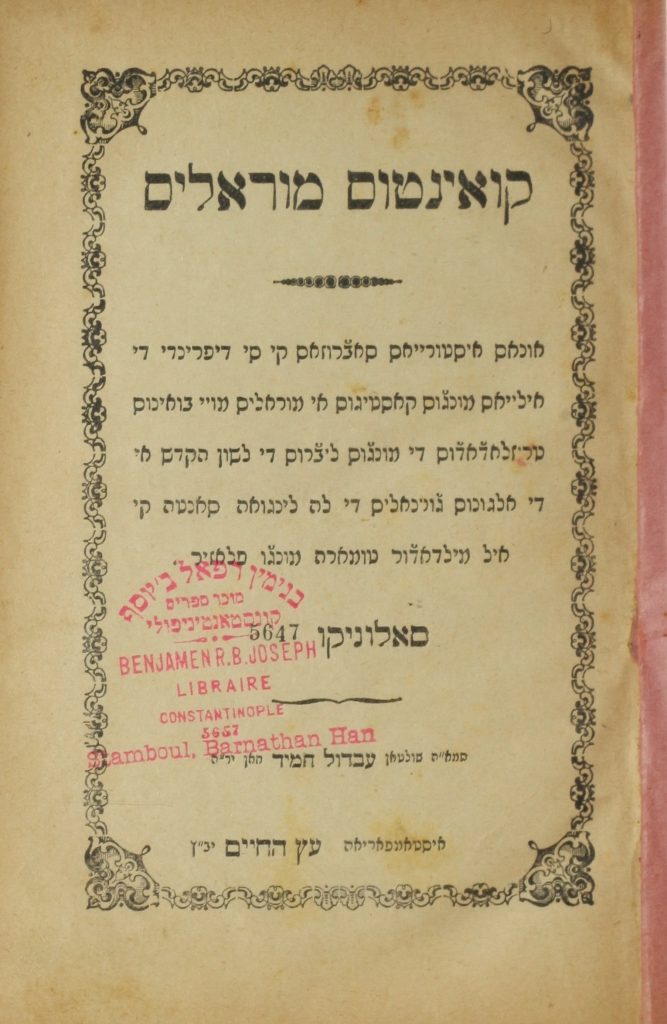 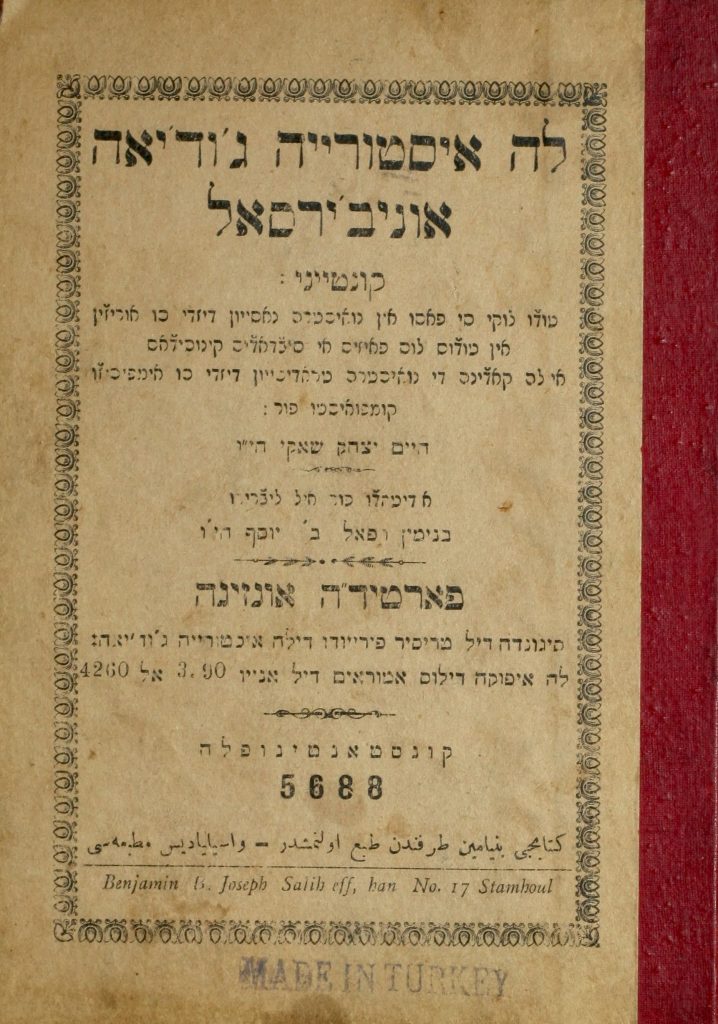 Cover of the eleventh installment in the Ladino series “La istoria djudia universal” (“The Universal Jewish History”). Author Rabbi Hayim Shaki recounts the history of the world from antediluvian times until the twentieth century in sixteen volumes, published in Istanbul between 1898 to 1927. (ST00662, courtesy David and Joy Maimon) 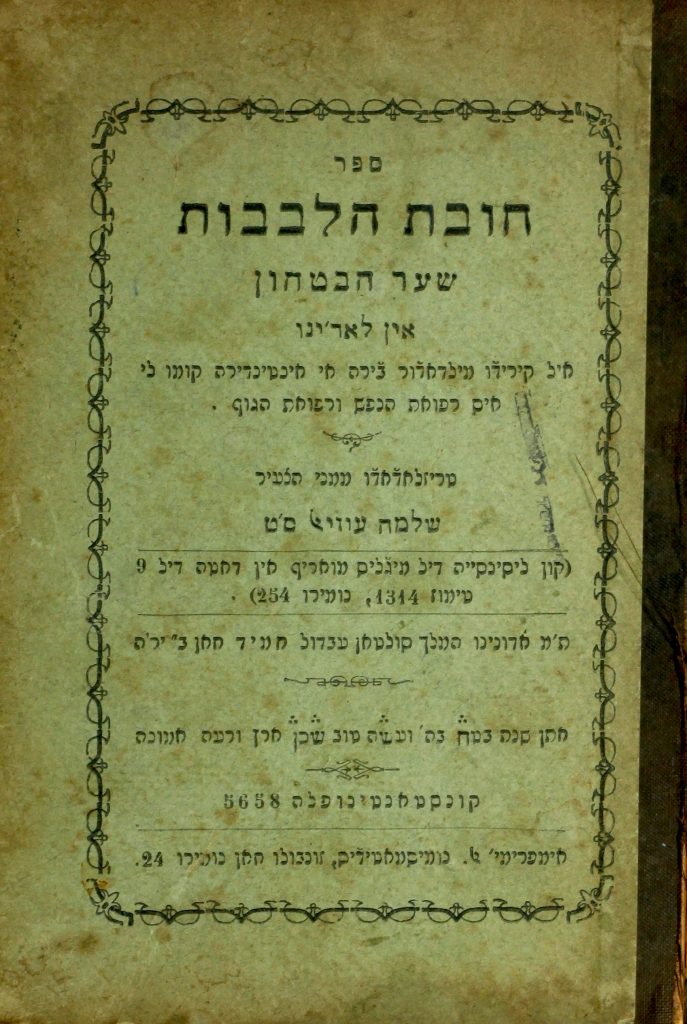 Cover of a Ladino translation of “Sefer Hovot ha-Levavot” (“Duties of the Heart”), published in Istanbul in 1897. A philosophical work originally written in Judeo-Arabic by the eleventh-century Andalusian Jewish sage Bahya ibn Pakuda, the work connects Jewish theology from medieval Spain to the Ottoman Empire. (ST00970, courtesy David and Joy Maimon)