Komo, es bueno! Borekas para todos! This Ladino phrase — “Eat, it’s good! Borekas for everyone!” — captures a key feature of Sephardic culture: the delectable cuisine. Rachel Shemarya (née Capelouto) was one of the many women who transmitted the Sephardic culinary tradition to the Pacific Northwest and to future generations of children and grandchildren.

Born in Rhodes in 1898 when the island remained part of the Ottoman Empire, Rachel was among the first generation of Ottoman Jewish women to receive an education from the local branch of the Paris-based school, the Alliance Israélite Universelle. New educational opportunities for Jewish women were not, however, the only thing reshaping the Aegean island at the turn of the century: Italy gained control over Rhodes in 1912, and by 1944, the Nazis deported nearly 2,000 of the island’s Jews to Auschwitz — including nearly all of Rachel’s family. Only a sister and brother escaped that fate, the former having moved to British Mandate Palestine, and the latter to the Belgian Congo.

Rachel raised her family in Seattle and Portland, arriving in Seattle in 1921. Her son, Al Shemarya, has preserved Rachel’s artifacts and her family’s important story of both tragedy and survival.

Learn more about Rachel’s family before the Holocaust here. 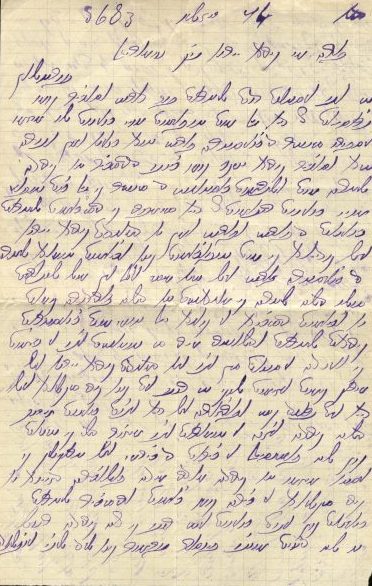 Letter to Rachel’s husband, Jack, dated December 4, 1922. Dictated by their mother to their eldest sister and written in Ladino in soletreo cursive, the letter inquires after the birth of Jack and Rachel’s daughter, Salva (Sylvia), and Jack’s search for employment in Portland. (ST01030-10, courtesy Al Shemarya) 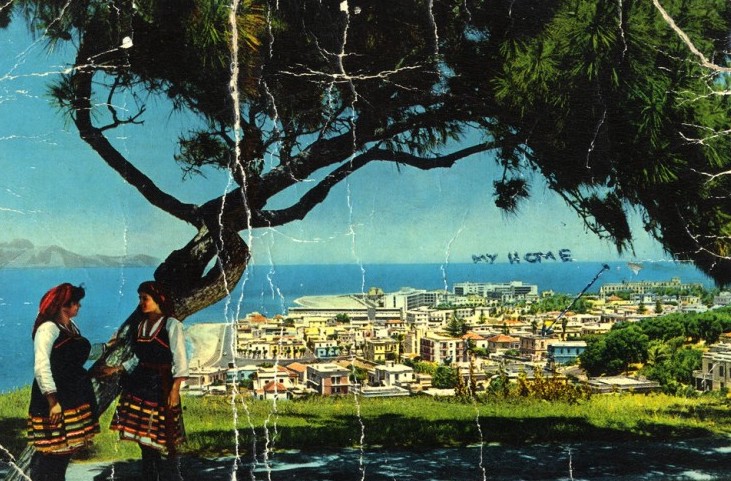 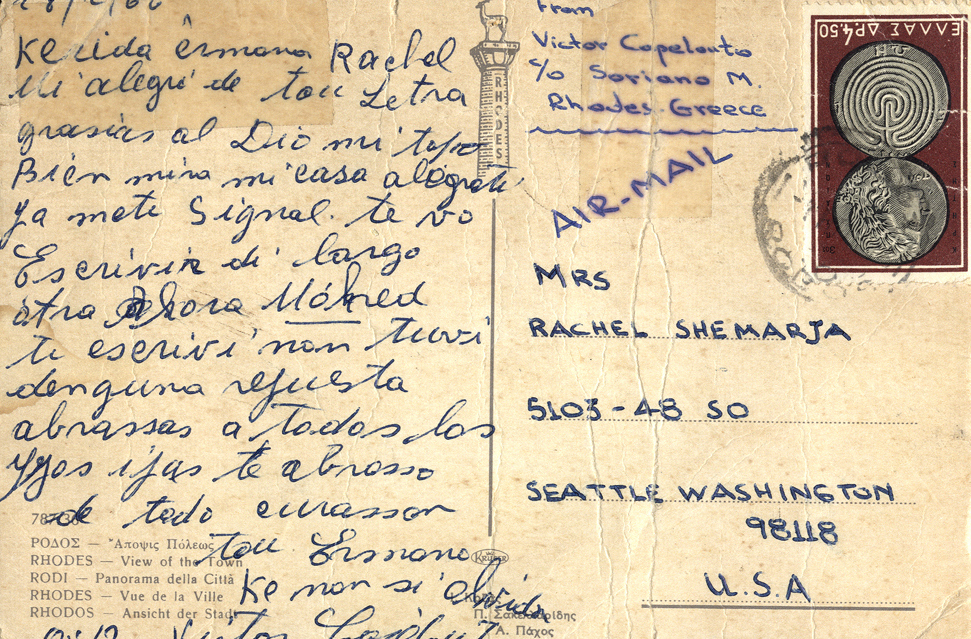 Postcard from Victor Capelouto to his sister, Rachel Shemarya, with an arrow pointing to their former home on the Island of Rhodes. (ST00898, courtesy Al Shemarya) 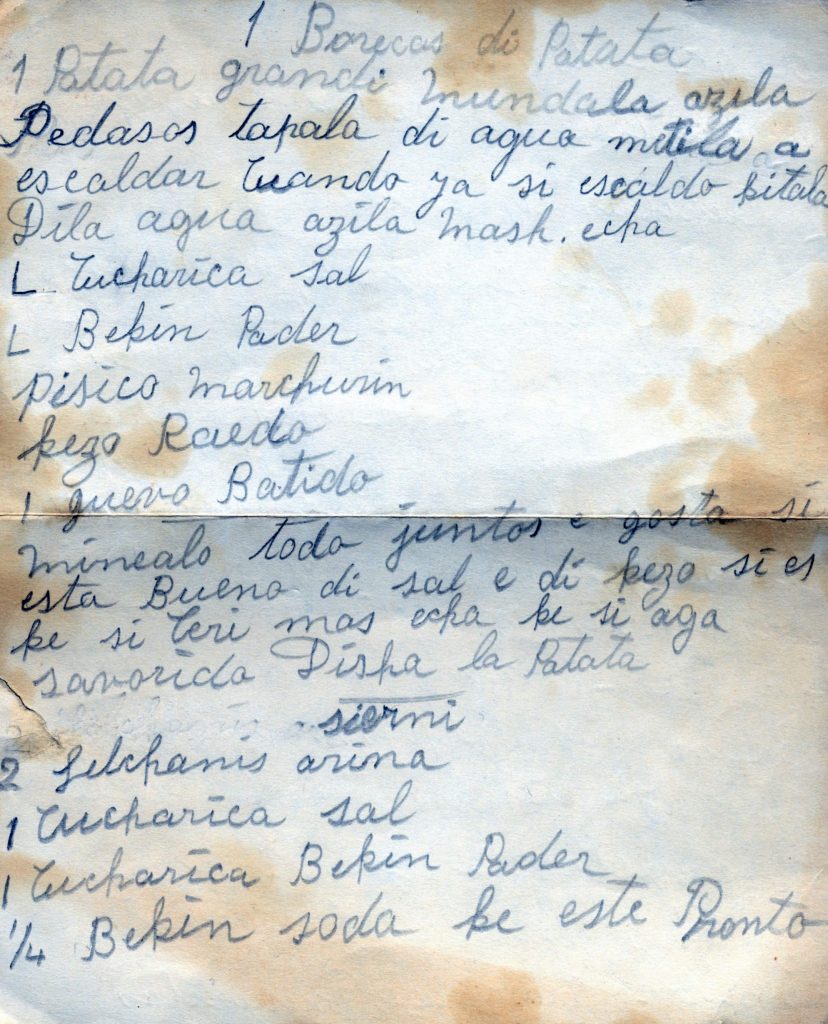