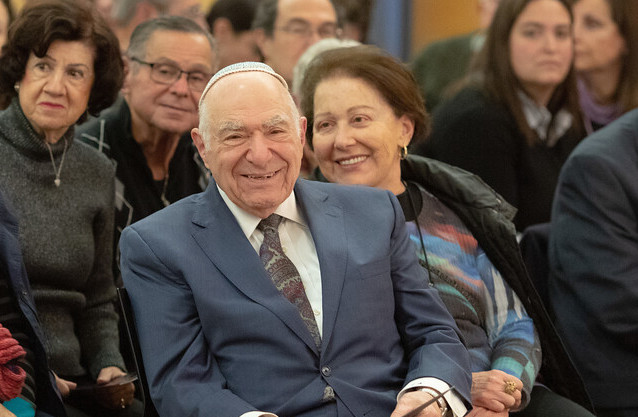 From sharing his expertise in Sephardic liturgy in both Hebrew and Ladino with children and adults alike, to one-on-one meetings with UW graduate students as they develop ground-breaking projects in Sephardic studies, Hazzan Azose’s influence can be felt throughout Seattle and beyond.

From the Founders:
Pillars of the Azose Fund for Community Engagement 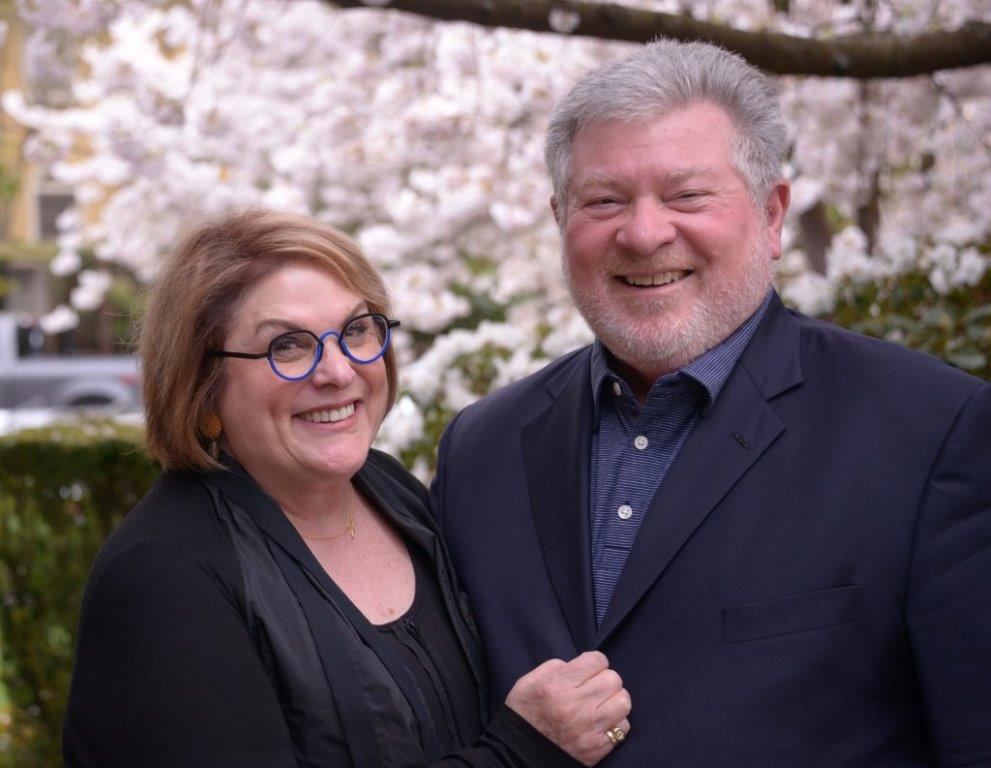 I have known Ike Azose all of my life. Our mothers were close and devoted sisters, and when I was born, the Azose family lived on the same street one block away. We spent Jewish holidays together, and as Ike was my senior by a number of years, I always looked up to him in every way. Around 1990, as our son Joseph was about to become bar mitsva (thirteen years old), we joined Ezra Bessaroth where Ike was the hazzan (cantor) so he could prepare Joseph for reading the Torah. That experience brought us even closer together.

A decade later, when Ike was readying his first siddur (prayerbook) for publication, I became his partner in forming the Sephardic Traditions Foundation. Together, we published five major prayer books that are now in use all over the world. It was my honor to help bring his work to life. When Ike recently celebrated his 90th birthday, Maureen and I felt that his decades of selfless dedication to Sephardic culture should be recognized. We proposed the creation of the Isaac Azose Community Engagement Initiative at the University of Washington. We were soon joined by the Isaac Alhadeff Foundation as inaugural sponsors. We were delighted but not surprised to see that the entire community embraced the idea and generously offered to join us in supporting it.

Joseph and Doreen Alhadeff, on behalf of the Isaac N. Alhadeff Foundation 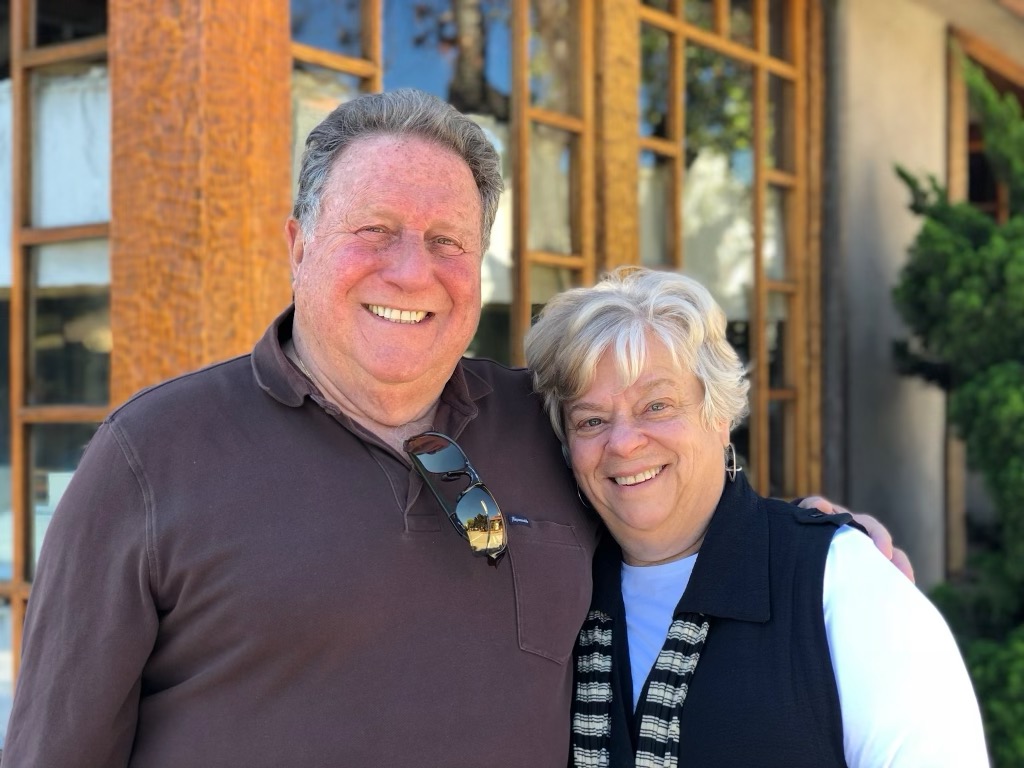 For both of us, growing up in Seattle, our Sephardic culture and liturgy was always tied to Isaac Azose. He was an integral part of the Ezra Bessaroth synagogue but more importantly, to the entire Seattle Sephardic community. After traveling and enjoying various Sephardic communities around the world, Isaac is, for us, still the gold standard. As we became more involved in the Sephardic culture internationally, we learned that Isaac was also known internationally.
His Ladino music was renowned and enjoyed by so many beyond just our community.

His generous participation in the community as an educator — of Ladino; of Sephardic music with his voice and songs; and of Sephardic history with his deep knowledge — has had immeasurable value and impact beyond just our community. We also were lucky enough, as were many in Seattle, that Hazzan Azose prepared both of our sons for their bar mitsva (Jewish coming-of-age ceremony). Hazzan Azose always greets us warmly, and is always willing to share, which has helped us all lead a richer life. For the Isaac N. Alhadeff Foundation, it is this important work — the preservation and perpetuation of Sephardic culture and customs — that we are proud to support. For not only the Seattle Sephardic Community but for the International Sephardic Community, Isaac Azose is a treasure. Thank you, Isaac. Para munchos anyos! 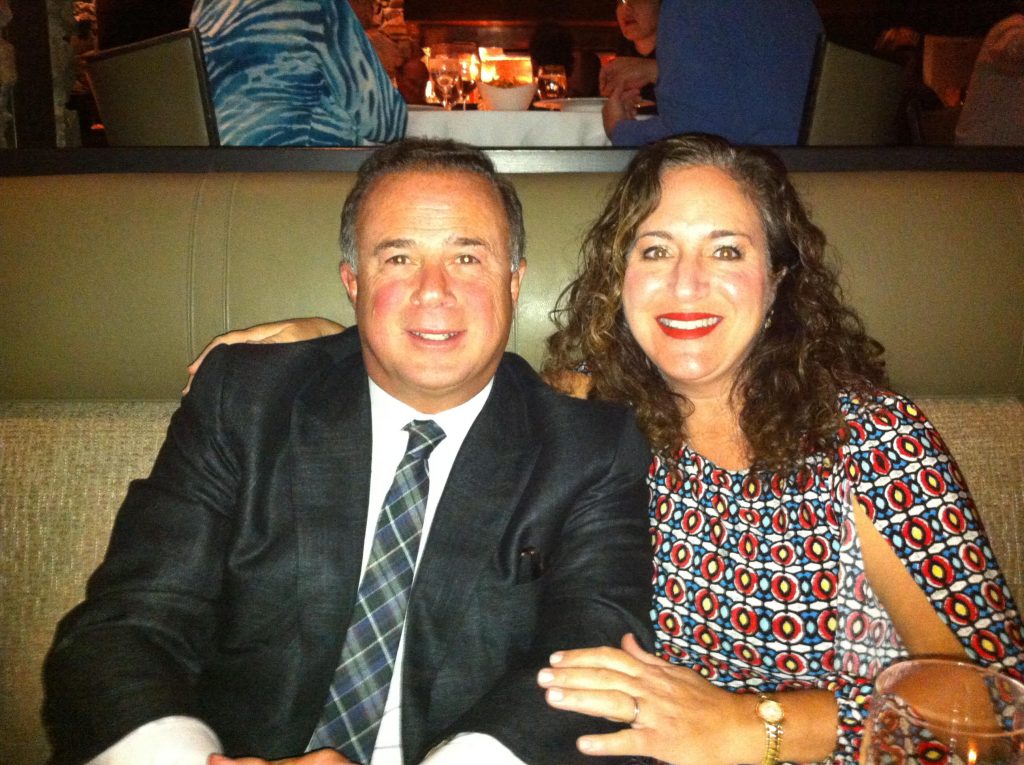 Hazzan Isaac Azose is the treasure of the Seattle Sephardic Community. We are proud to call him our friend, teacher, and spiritual leader. We know that we share this love with the greater Sephardic world where Ike has left an indelible mark by authoring and publishing a series of prayer books for Shabbat and festivals addressing the unique customs of our Sephardic liturgy. Most importantly, we value the love and connection our children have with Ike. We are so excited to be a part of the Hazzan Azose Community Engagement Fund in Sephardic Studies at the University of Washington. May he go from strength to strength. 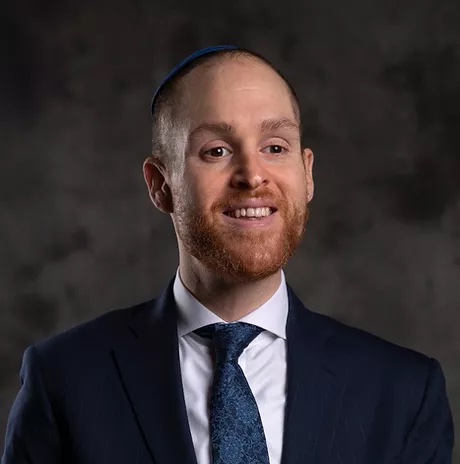 Hazzan Azose represents one of a small handful of individuals who has preserved and maintained our Sephardic community. His prayer books for daily and Shabbat services, as well as for all the holidays and fast days, have created a permanent legacy: our liturgy will never be forgotten. When I visited Seattle in January 2013 as I was interviewing to become the rabbi of Sephardic Bikur Holim, I met Hazzan Azose in his study. Upon entering, I was overwhelmed by the piles of books and draft manuscripts scattered throughout his office. He had more projects on the go than I thought humanly possible. There in Hazzan Azose’s study is where all the magic happens: where he creates, records, and painstakingly reproduces all of our liturgy for future generations.

On behalf of Sephardic Bikur Holim Congregation, we wish Hazzan Azose the salud buena (good health) to continue to inspire and be a role model to all of us on the power of dedication and commitment. 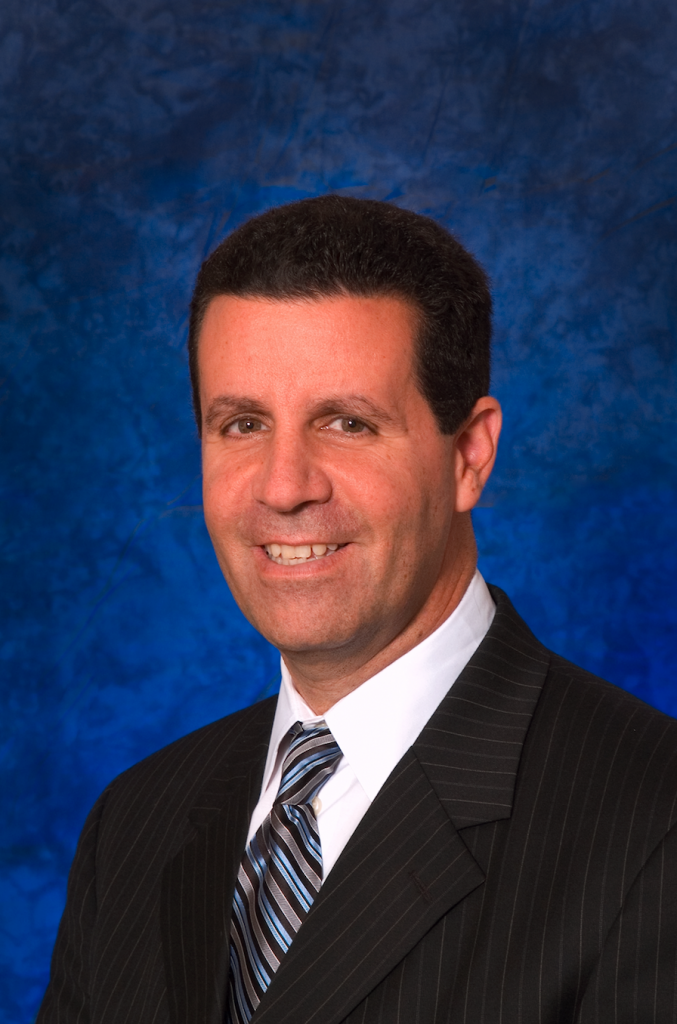 Hazzan Azose is a very close and dear friend to me and my family. I have known him my entire life. He has been a tremendous influence to me and my wife, Naomi. My children adore him. He has been their teacher and role model and has always been a friend to them. Hazzan Azose has been an integral part of the Ezra Bessaroth Community since 1966. He is admired and loved by everyone at our kehila (congregation).

The Ezra Bessaroth membership wanted to support this initiative because Hazzan Azose has been a teacher, a mentor and the driving educational influence in our synagogue. We have looked to his guidance for decades. I am excited to see programming that centers around the Seattle Sephardic Community because our community, in many ways, has been shaped by Hazzan Azose. I believe his knowledge and life experiences, along with the various educational opportunities provided in the initiative, should be captured in a meaningful way. Ezra Bessaroth is excited to see the Isaac Azose Community Engagement Initiative flourish for many years. 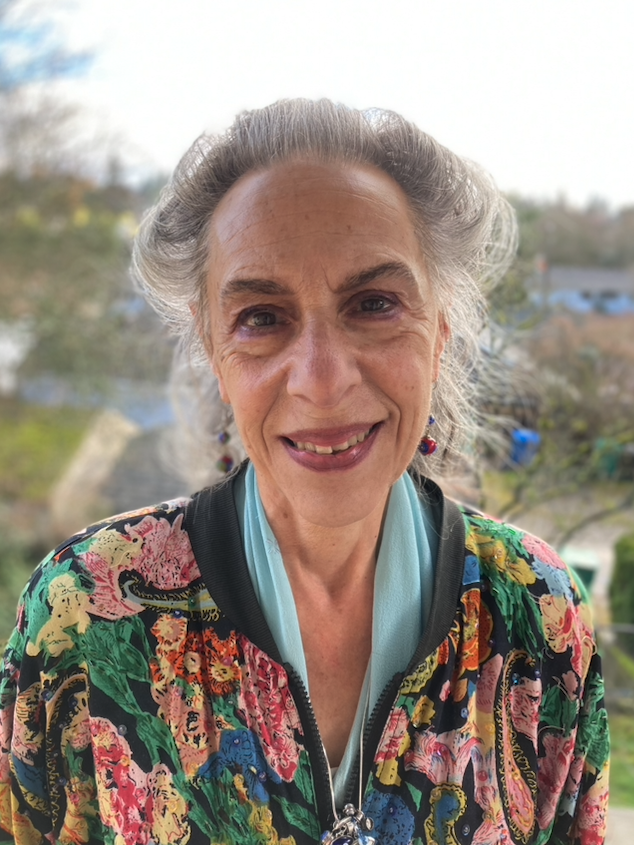 I have known our dear Hazzan Isaac Azose my whole life. His parents and mine were all Turkinos (Jews from Turkey), the same age and good friends, who regularly met to sing, dance, laugh and eat together. Ike was the esteemed Hazzan at our synagogue, Ezra Bessaroth, and the revered leader of our wonderful weekly Ladino group, the Ladineros. I participated regularly and enjoyed his stories, knowledge of Sephardic history, and of Ladino language and literature. Ike encouraged me to take an active role in our group and to share articles and substitute as an occasional group leader. Ike always prepared us well for the Ladineros’ participation in the annual Ladino Day under the auspices of the UW Sephardic Studies Program. 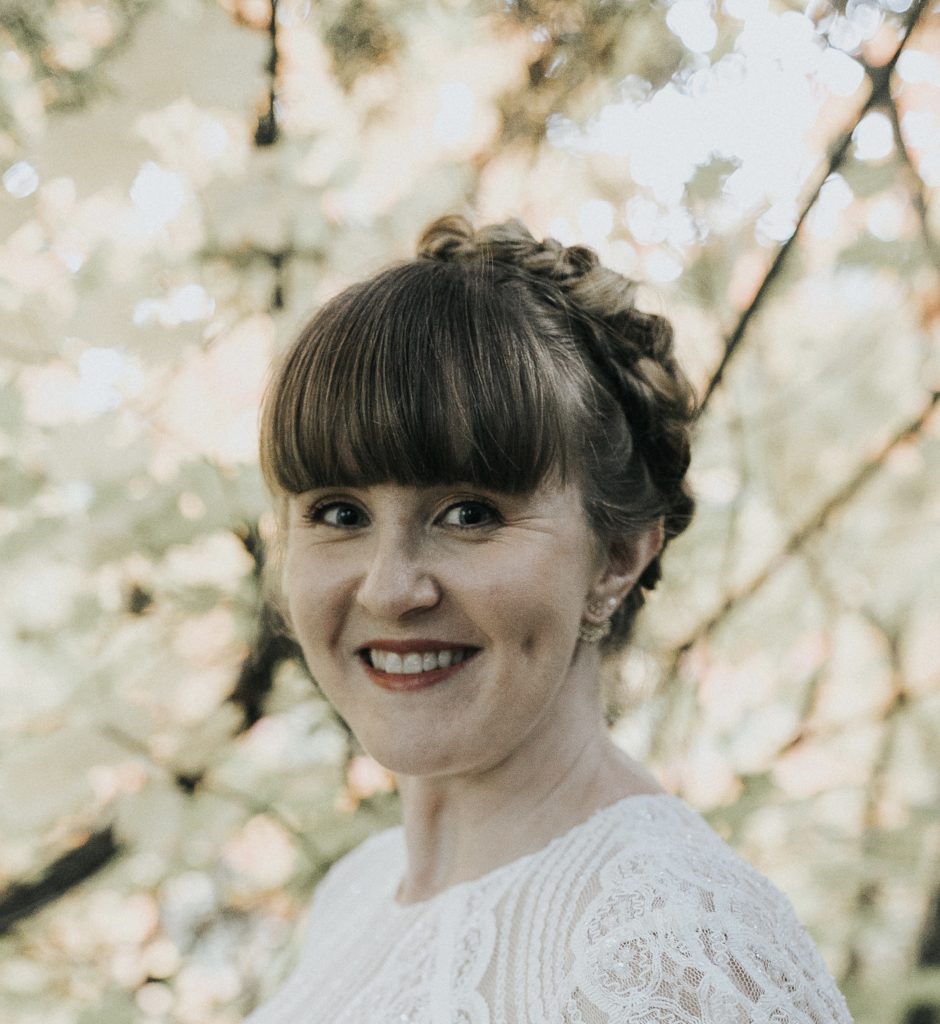 When I first learned that there were Ladino speakers in Seattle, Hazzan Azose welcomed me to join classes with the Ladineros. Over the course of my six years researching Ladino at the University of Washington, Hazzan Azose spent countless hours working with me one-on one to help me understand not only the language and its unique features, but also the speech community, providing me with historical and cultural context that was critical to my research on language shift in modern Ladino. I feel so fortunate to have been able to work with such a knowledgeable person, and to learn from one of Seattle’s true Ladino experts.

One of my favorite moments of learning from Hazzan Azose is when I was studying the Turkish-origin suffix “-dji.” I brought him a list of -dji words I had found on the Ladinokomunita forum, and together we went through the list: he then pinpointed for me whether or not Seattle Ladino speakers would use each of those words. It is exceedingly rare to find Ladino speakers able to provide native speaker judgments like that, and it was a truly special experience to work with Hazzan Azose in that context!

Read essays on Ladino in Seattle by Molly FitzMorris >

During my work translating El bukieto de romansas, a Sephardic song collection published in 1926 in Istanbul, I collaborated with Hazzan Isaac Azose for an extensive period. Hazzan Azose is an influential leader and an active educator in Sephardic communities around the world. He warmly welcomed me, a graduate student without Sephardic background, into the community when I started my research. It was a blessing for me to listen to Hazzan Azose talking about Sephardic music and cultures with his expansive knowledge, remarkable memories, and powerful singing. I am deeply thankful for his meticulousness, thoughtfulness, and dedication to our project. At 90 years old, Hazzan Azose never missed our meetings in between his packed schedule from early morning until late at night. From working with Hazzan Azose, I not only gained knowledge of the Ladino language, Sephardic musical culture, and liturgical traditions, but I also observed a true master who is responsible, diligent, and respectful of the work in transmitting and preserving the Sephardic heritage. 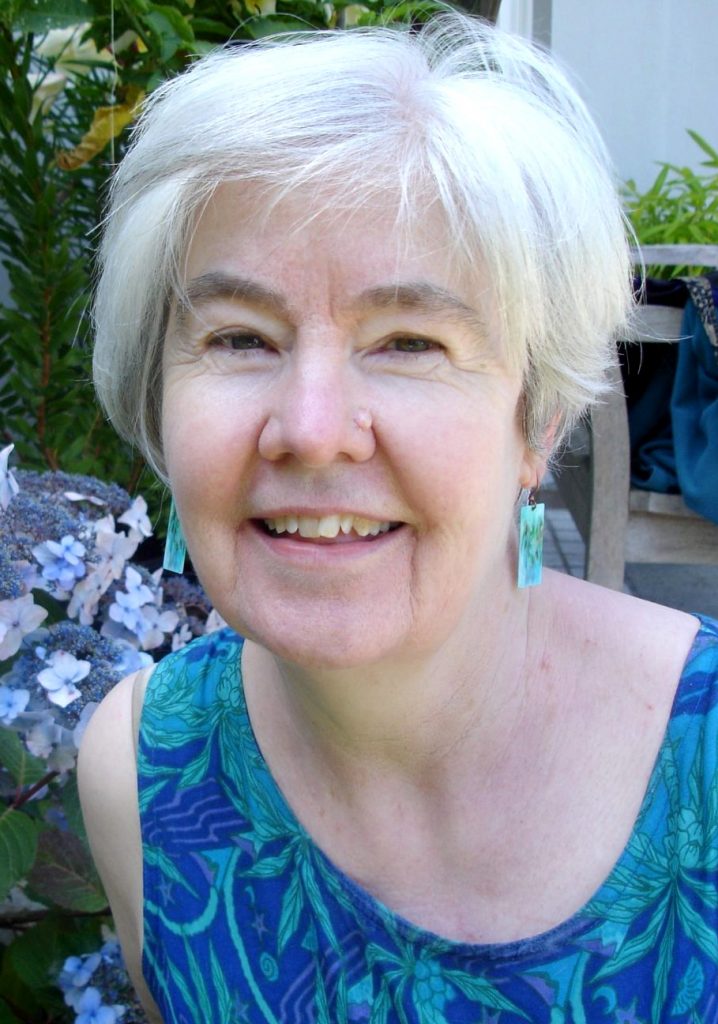 I first met Hazzan Isaac Azose in 2001, when I had just entered graduate school at the University of Washington. From that initial meeting — to interview him for a research paper about Siddur Zehut Yosef: A Sephardic Daily and Sabbath Siddur — to today, Isaac Azose has enriched my personal and academic life in too many ways to count. Through our friendship and collaboration I experienced his vast liturgical expertise, intimate knowledge of Sephardi and Ottoman music, and meticulous editorship. His generosity of spirit never failed to make time for my questions, despite his packed schedule. I consider him a dear friend and exceptional fellow scholar.