JTNews: Prof. Devin Naar is One to Watch 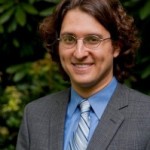 Seattle’s JTNews included Professor Devin Naar on their “10 under 40” list, which highlights up-and-coming leaders of the Jewish community. Diana Brement’s June 20th article about Professor Naar, “It’s all Greek to him. Really,” highlights his journey into Sephardic Studies and the many contributions he has already made to the Stroum Jewish Studies Program during his first year at UW. Brement writes,

Although Seattle may have the third largest Sephardic population in the country, “it’s probably one of the most well-organized,” Naar observes. It’s also the perfect place to launch the initiative’s pilot program, Seattle Sephardic Treasures, and Naar calls it “bashert

[destiny], or kismet, as you would say in Ladino or Turkish,” that he ended up here.

Click here for the full story. To find out more about the Sephardic Studies Initiative, spearheaded by Professor Naar, click here.

We congratulate Devin on being recognized as one to watch in the Seattle Jewish community! Be sure to check back with us for the latest on public programming, courses, and exciting research related to Sephardic Studies at UW.

Want to see more articles like this?  Sign up for our newsletter!
⇒ Learn more about the Stroum Center for Jewish Studies at the University of Washington, our Sephardic Studies Program, or our Israel Studies Program.
Note: The opinions expressed by faculty and students in our publications reflect the views of the individual writer only and not those of the Stroum Center for Jewish Studies.
By Hannah Pressman|2017-09-04T22:42:55-07:00June 28th, 2012|Categories: News|Tags: Jewish Studies, Seattle, Sephardic|0 Comments