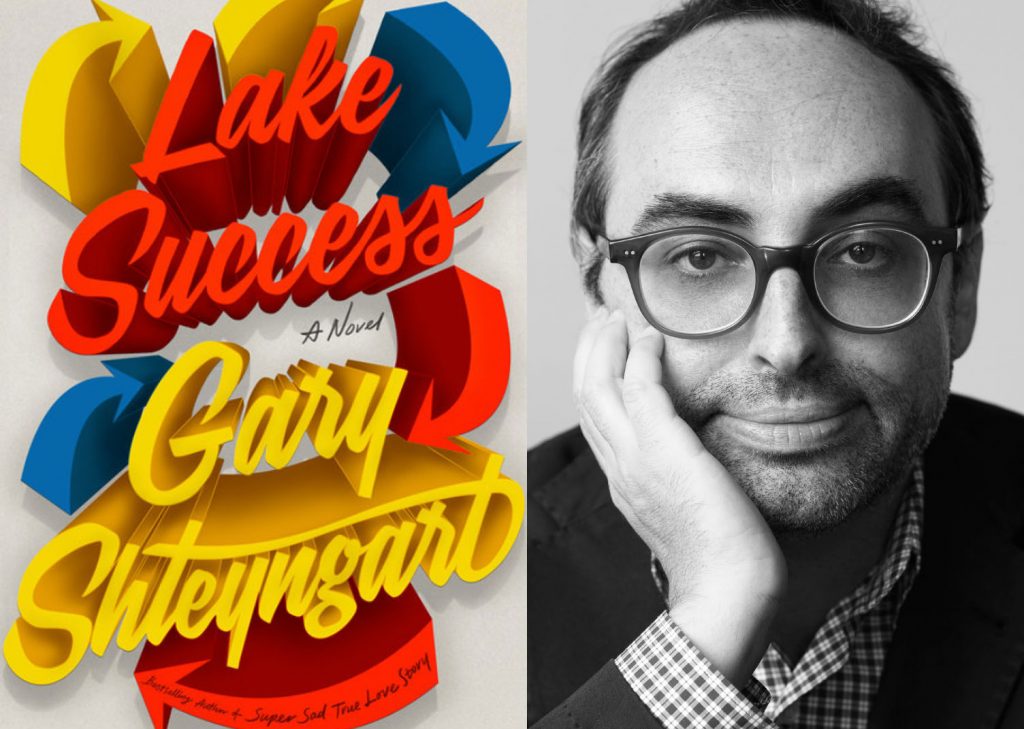 This May, New York-based author Gary Shteyngart has chosen Seattle to host the ​first public reading of his forthcoming novel, Lake Success​.​ The Trump-era novel follows a Wall Street millionaire as he takes a cross-country bus trip in search of his college sweetheart and the ideals of his youth.

Shteyngart will ​feature in a two-lecture series as part of the annual Samuel and Althea Stroum Lectures in Jewish Studies​ at the University of Washington​. This year’s lectures, “Failure is an Option: Immigration, Memory, and the Russian Jewish Experience” (May 7, 7:00​ ​p​.​m​.​, UW Kane Hall) and “I Alone Can Fix It: Tales from the New Dystopia” (May 9, 7:00​ ​p​.​m​., UW Kane Hall​), will take the form of conversations between Shteyngart and ​Sasha Senderovich, ​UW ​Assistant Professor of Slavic and Jewish Studies.

Through this pair of conversations, Shteyngart will explore the role of humor and comedy in today’s world; immigration and the Jewish experience; freshly relevant issues of Russian-American political and cultural relations; and the satirist’s role in an authoritarian society.

Register online for the 2018 Stroum Lectures beginning March 26. The lectures are free and open to the public, but RSVP is required.

Get ready for the lectures by attending a free discussion with Prof. Sasha Senderovich of Gary Shteyngart’s memoir, Little Failure, on Sunday, April 29, at the Stroum Jewish Community Center, and by checking out Jewish in Seattle ‘s related coverage: Q&A with Gary Shteyngart (in drawings), and Professor Sasha Senderovich’s piece on why “Immigrant Literature Should Make You a Little Uncomfortable.”

About the Stroum Lectures

Peruse highlights from the past thirty years of lectures, and learn about the lectures’ history, in our online archive of talks.

About The Henry M. Jackson School of International Studies and Stroum Center for Jewish Studies

The University of Washington’s Stroum Center for Jewish Studies is a thought leader among Jewish Studies programs and is renowned for the education it offers in Jewish history, society, politics, and culture. The Henry M. Jackson School of International Studies, which houses the Stroum Center, is a national leader in international studies teaching and research and offers an extensive curriculum on regions across the world.

The Jackson School was founded in 1909 and is one of the oldest and largest schools of international and area studies in the country. With 14 research centers, nine master’s programs, an executive 10-month master’s and accelerated and applied PhD for professionals, the Jackson School has long been recognized as a leading institution for the study of world regions in their historical and modern contexts. For more than 40 years, the Jackson School has also held the distinction of hosting the highest number of federally funded national resource centers in areas studies in the U.S.