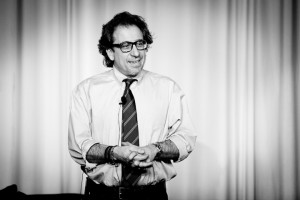 In his opening remarks to a crowd of Seattleites on February 23, Nigel Savage, the founder of Hazon, a Jewish environmental education organization, said that “we are all aware of the places in the world where religion is not a force for good. This is not one of them.”

We need not look further than the front pages of our favorite news source to see evidence of Mr. Savage’s point, but last Thursday, the University of Washington Stroum Jewish Studies Program hosted Savage, the financier-turned-environmental advocate, as part of its ongoing Justice and Judaism Series, wherein public conversations help audiences access academic ideas in a casual setting. Joined by Karen Litfin, a professor in Political Science at the UW, Savage participated in a frank conversation about faith, sustainability, and most importantly, food. What role could Judaism play in the struggle for the common good?

After an introduction of Hazon’s history and mission, Savage passed around a story from the Talmud of the “good deeds” of Rabbi Huna, which included tossing unsold vegetables at the market on the eve of the Sabbath in the river, but also, curiously, throwing open the doors to his home at meal time and declaring “Whosoever is in need let them come and eat” (Talmud Bavli, Masakhet Ta’anit 20b-21a). The audience then formed small groups and were asked to share their opinions. The comments reflected the diversity of the crowd: an economist, a social worker, and a student all offered their interpretations, ranging from “self-help” to “no handouts” to my own analysis pointing to a fundamental tenet, community, in Judaism. The “correct” reading of the text did not seem to matter; ultimately the audience was made to feel as an active participant in the conversation, rather than just an idle consumer of “expert” knowledge.

Professor Litfin reminded us that the etymology behind religion is the Latin religare, which means to reconnect. And what better way is there to reconnect than with food?

Savage contends that Judaism has a central role to play in food politics. Hoping to blend ideas of “bagels and kashrut” with “Michael Pollan,” Hazon entertained his audience with anecdotes from his experience since founding Hazon in 2000. One quip was particularly memorable. Savage told us of a group at the 2007 food conference that visited a sustainable farm and watched the shekhting (ritual slaughter) of a goat. Members of the group who had not eaten meat in 20 years had that goat at dinner, while others, who eat meat regularly, would not touch their plates. Bringing these consumers out of the city and back onto the farm, to meet and schecht their dinner, clearly made a lasting impact. Another fascinating takeaway from that experience: the shokhet who slaughtered that goat only eats meat on Shabbat. 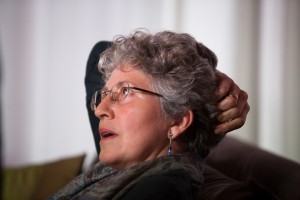 What is striking about Professor Litfin is that despite her academic publications, which she wrote with the intention to be read by a non-academics as well, she actually puts her academic work into practice. Litfin toldus stories of her 20-acre farm in Washington, of the chickens she and a handful of students slaughtered when she recognized that it was environmentally and economically unsustainable to keep them once they stopped producing eggs.

This event was held on a Thursday night, and the following evening, I headed off to a beautiful vegetarian Shabbat hosted, ironically, by someone who had worked for Hazon before heading off to graduate school here in Seattle. I wondered as I dug into my quinoa quiche, how many Jews in Seattle had rethought their Shabbos meal that evening? What kind of impact could we make if the Jewish community in Seattle thought about where the food for our Friday evening meal comes from? Would we still eat that chicken cholent if we slaughtered it ourselves?

Did the Savage-Litfin conversation impact your view of food and faith? Please share in the Comments section!

Want to see more articles like this?  Sign up for our newsletter!
⇒ Learn more about the Stroum Center for Jewish Studies at the University of Washington, our Sephardic Studies Program, or our Israel Studies Program.
Note: The opinions expressed by faculty and students in our publications reflect the views of the individual writer only and not those of the Stroum Center for Jewish Studies.
By Sarah Zaides|2017-09-04T22:43:01-07:00February 28th, 2012|Categories: News|Tags: Food, Sarah Zaides|0 Comments