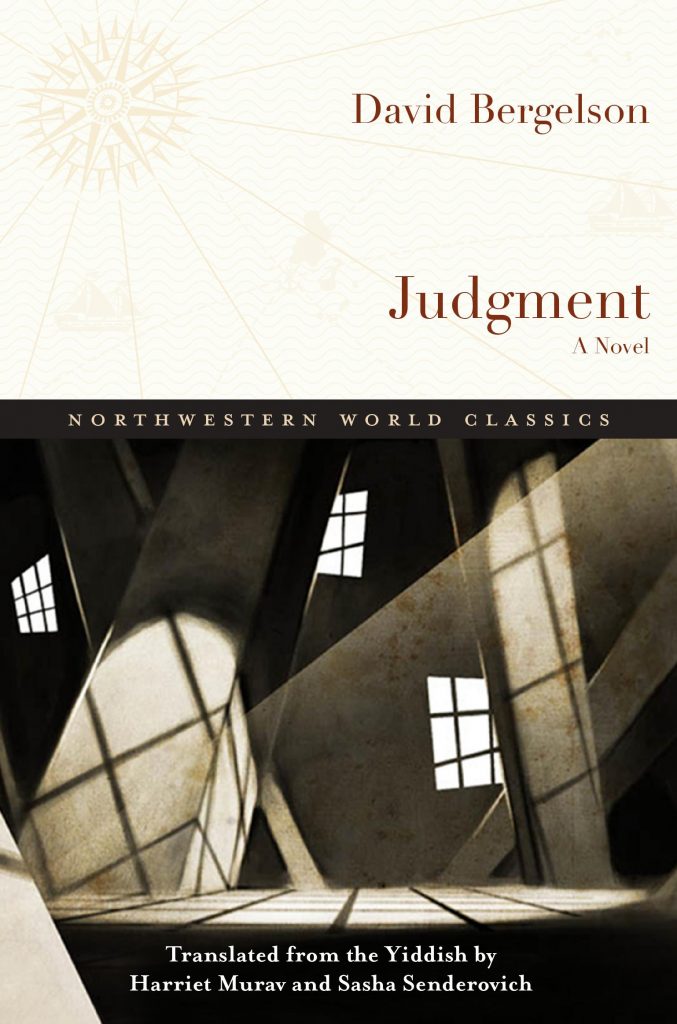 Cover of the new edition of Judgment: A Novel

The Stroum Center is pleased to announce the publication of David Bergelson’s Judgment: A Novel, co-translated and with a critical introduction by Sasha Senderovich, Assistant Professor in Slavic Languages and Literatures and the Henry M. Jackson School of International Studies at the University of Washington, and Harriet Murav, Professor of Slavic and Comparative Literature at the University of Illinois at Urbana-Champaign.

Never before available in English, Judgment is a work of startling power by David Bergelson, the most celebrated Yiddish prose writer of his era. Set in 1920 during the Russian Civil War, Judgment (titled Mides-hadin in Yiddish) traces the death of the shtetl and the birth of the “new, harsher world” that was created by the 1917 Russian Revolution. As Bolshevik power expanded toward the border between Poland and Ukraine, Jews and non-Jews smuggled people, goods, and anti-Bolshevik literature back and forth.

In the novel’s fictional town of Golikhovke, the Bolsheviks have established their local outpost in a former monastery, where the non-Jewish Filipov acts as the arbiter of “judgment” and metes out punishments and executions to the prisoners held there: Yuzi Spivak, arrested for anti-Bolshevik activities; Aaron Lemberger, a pious and wealthy Jew; a seductive woman referred to as “the blonde” who believes she can appease Filipov with sex; and a memorable cast of toughs, smugglers, and criminals. Ordinary people, depicted in a grotesque, aphoristic style—comparable to Isaac Babel’s Red Cavalry—confront the overwhelming, mysterious forces of history, whose ultimate outcome remains unknown.

“Nearly 90 years after its original publication,” the Kirkus Review noted, “this ahead-of-its-time novel by one of the best-known Yiddish writers of his era proves powerfully relevant in its first English translation.” Released on the 100th anniversary of the Russian Revolution in the Northwestern World Classics series (Northwestern University Press), this critical translation by Senderovich and Murav has been praised for conveying David Bergelson’s “jaggedly structured prose, that, while intentionally disorienting, often shines with wry humor and poignant beauty.”

Learn more about the book at the Northwestern University Press website.